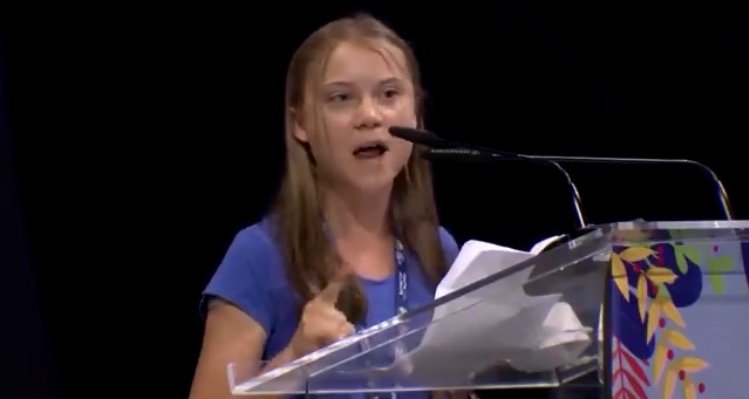 400 young climate activists from 180 countries gathered in Milan for a Youth4Climate summit.

Swedish teen Greta Thunberg shouted into the microphone and blasted world leaders for not doing enough to save the planet.

“There is no Planet B – there is no planet blah – blah blah blah,” Thunberg said to applause.

TRENDING: Lt. Col. Scheller Incarcerated and Sent to the Brig for Speaking Out against Weak US Generals for Surrendering Afghanistan, Stranding Americans and Arming Taliban Terrorists

“This is all we hear from our so-called leaders: words. Words that sound great but so far have led to no action. Our hopes and dreams drown in their empty words and promises. Of course we need constructive dialogue, but they have now had 30 years of blah, blah blah. And where has this led us?” she said.

“They invite cherry-picked young people to pretend they are listening to us,″ Thunberg said. “But they are not. They are clearly not listening to us. Just look at the numbers. Emissions are still rising. The science doesn’t lie.”

And the audience of masked sheep erupted in applause.