35 Capitol Police Officers Under Investigation, 6 Suspended for Letting Protesters inside US Capitol — The Same Protesters Who Were Later Arrested for Entering US Capitol 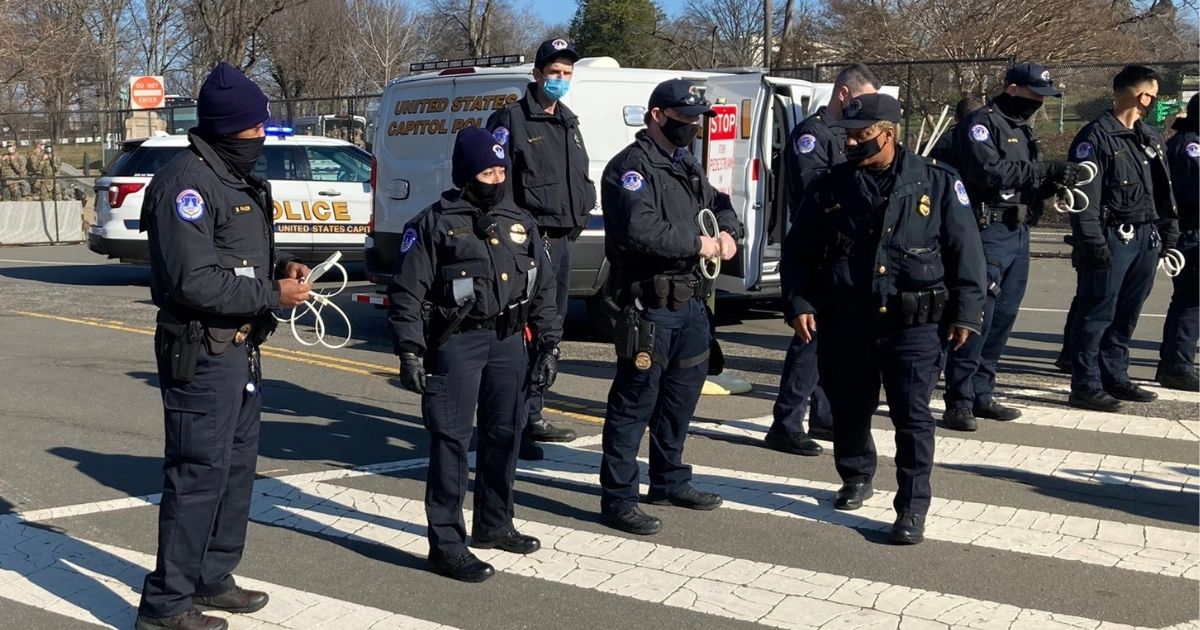 35 Capitol Police Officers Under Investigation, 6 Suspended for Letting Protesters inside US Capitol — The Same Protesters Who Were Later Arrested for Entering US Capitol

Five Capitol Police officers were suspended and 35 more are under investigation after the officers opened the doors and gates and allowed Trump supporters, and other activists, inside the US Capitol on January 6th.

One video from that day shows Capitol Hill police opening a gate to allow hundreds of protesters inside the US Capitol.

Later 250 Trump supporters and others were arrested for storming the US Capitol — after they were allowed inside.

A spokesperson for the U.S. Capitol Police has confirmed to FOX 5 that the Office of Professional Responsibility is investigating the actions of 35 police officers on Jan. 6, the day of the riot at the Capitol, and suspended six officers with pay.

The statement from the department reads.

“Our Office of Professional Responsibility is investigating the actions of 35 police officers from that day. We currently have suspended six of those officers with pay. Acting Chief Yogananda Pittman has directed that any member of her department whose behavior is not in keeping with the Department’s Rules of Conduct will face appropriate discipline.”

Viral videos of some Capitol Police officers raise questions about their actions during the riot.

Some officers are seen standing along a doorway almost motionless as people file into the Capitol.

At least two accused rioters have told the FBI a Capitol Police officer told them, “It’s your house now.”

Lawmakers have stated that one officer suspended took a selfie with someone and another was seen wearing a MAGA hat.

In a video, that officer wearing the hat asks two men if they can help him get through the crowd to help other officers inside the Capitol.

The officer hands one of the men his megaphone and says, “I’ll follow you.” The video was taken by Rico La Starza who says he was visiting D.C. and went to the Capitol and started filming when he saw what was happening…

…More than 250 people have been charged so far in connection with the riot, and investigators say they’re still looking potentially for hundreds more.