A Storm Is Coming: Trump Considers Direct Action Against Foreign Interference in Election 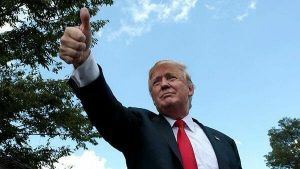 So far, voters have been looking at the court system, particularly the Supreme Court, for relief against election fraud, but the court system isn’t the only avenue when it comes to matters of national security.

If the Pentagon considers Biden to be compromised – and that the election was fraudulently influenced by foreign actors – then all the recent moves by military intelligence start to make sense.

The recent news that the Biden team was froze out of national security briefings by the Pentagon is simply one example out of a pattern of congruent moves.

The Trump administration said the “holiday break” was a pretext for the suspension of briefings, but keep in mind that the entire period isn’t a federal holiday, although reports say that both parties agreed to the two-week break.

That said, this past week the Pentagon staffed more Trump loyalists into positions of influence, including the appointment of a China expert to head the Defense Policy Board.

None of these actions are expected of an administration that’s leaving in several weeks.

Furthermore, the timing of Trump’s Nov. 25 pardon of Gen. Flynn was significant given that it allowed Flynn to advise the president once again.

On Thursday, Flynn said that voting machines in key states were compromised and the evidence trail “goes back to China, it likely goes to Russia. It likely goes to Iran.”

And consider the slow leak of contents from Hunter Biden’s laptop.

While some have been overly focused on Hunter Biden’s sex pics, the core issue was the Bidens’ reported dealings with foreign countries, particularly China.

The president is meeting with his acting Secretary of Defense Chris Miller on Friday afternoon, the same day the president is due a report on potential election interference by a foreign government, as outlined by Executive Order 13848.

That said, it’s plausible that the president has already received actionable segments of the report; the Dec. 18 deadline is just that: a deadline. Portions of the report may have already reached the Resolute desk.

And while the executive order focuses on sanctions against foreign actors, it could be used as a springboard for other direct actions.

Months prior, President Trump warned that mail-in ballots would lead to massive election fraud. It’s implausible to believe he wasn’t planning on the election being stolen, especially given the belief that he was initially recruited to run for president by patriot elements of the military.

President Trump did meet with his Director of National Intelligence, John Ratcliffe, at the recent Army vs. Navy football game. Ratcliffe was tasked with overseeing the report. It’s possible that Trump was handed portions of the report by hand.

There was speculation that the recent hack attacks targeting the Dept. of Energy and other departments were attempts to retrieve the report, although this is unconfirmed.

Interestingly, the president’s Director of Social Media, Dan Scavino, tweeted this video out on Dec. 13, at 8:48pm Eastern Standard Time.

Compare the date with the executive order. Is it just a coincidence?

Regardless, expect major shakeups over the next few weeks.