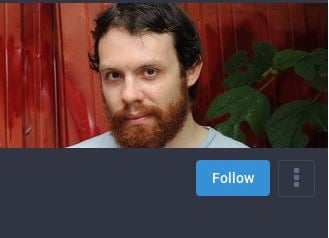 Right on cue, the Deep State “Alt Right” movement has been activated in order to conflate President Trump and Republicans with racism, and hatred of women, ahead of the mid term elections.

On the Poast social media platform, “Weev” stated “Violence works. Terrorism works.”, and “They have launched open war against us, and occasionally there are a few heroes that are willing to respond in kind. I support anyone that kills Democrats.”

In numerous articles on the “Daily Stormer”, and on their “Gamer Uprising” forum, posters have been celebrating the attack, and calling for more violence.

Andrew “Weev” Auernheimer is a convicted computer hacker, who was sent to prison after being caught stealing and doxxing over 100,000 iPad users.

Mysteriously, “Weev” was suddenly released by Obama’s Justice Department, after serving only 13 months of a 41 month sentence. As soon as he left federal prison, Auernheimer immediately started to praise convicted Oklahoma City terrorist Timothy McVeigh, and he publicly called for statues to be erected of terrorists who attacked the United States government.

“Weev”then fled to Ukraine, where he suddenly had someone tattoo a swastika on his chest, and started “Sieg Heiling”, while attempting to align himself with Donald Trump, during Trump’s 2016 presidential election campaign.

This is all eerily reminiscent of Alt-Right leader Richard Spencer suddenly doing “Sieg Heil”s and praising President Trump right around the same time.

It has long been considered common knowledge on right wing message boards that Andrew “Weev” Auernheimer cut some sort of a deal with the feds, to get out of jail early in order to infiltrate, disrupt and neutralize the right wing.

“Weev”, who is of of Jewish descent, according to his own mother, ingratiated himself to Neo-Nazi Andrew Anglin, editor of a site called “Total Fascism“, which was later became the “Daily Stormer”. Anglin allowed “Weev” to become the webmaster of the site, despite his ethnicity and his early release from federal prison.

“Weev” and Andrew Anglin registered the “Daily Stormer” in Russia, in order to conflate Trump and conservatism with Russia, during the 2016 election. If these two were not taking orders directly from Adam Schiff, it is hard to tell how they would act any differently.

The alleged Buffalo shooter, 18-year-old Payton S. Gendron, was an avid reader, and a huge fan of the “Daily Stormer”. Gendron promoted and praised the site by name in his “manifesto”, while describing himself as a Neo-Nazi, a white supremacist, and an incel. All of these buzzwords are constantly being bandied about on the “Daily Stormer” and on their forum.

Gendron also shared a lot of “Daily Stormer” memes on a Discord channel which has long been considered an FBI “honeypot” on 4chan.

“Weev” and Anglin recently switched the site’s domain to a registrar in Communist China, but the CCP dumped them after the Buffalo shooting. It seems that promoting terrorism is a bit much for even the Chinese Communist Party to stomach, at least publicly.

The site is now only accessible on the Tor network, which is park of the Deep Web, or “Dark Net”, where drugs and child pornography are routinely trafficked.

The official “Daily Stormer” forum, “Gamer Uprising”, is still up and running on the regular Internet. A “whois” search of “Gamer Uprising” indicates that the forum is registered in Tonga, and is hosted in the state of Washington, on the notorious “vanwa.tech”.

It turns out that “vanwa.tech” is being kept online by a shady Russian company called DDoS-Guard, which is the host of the official website of the terrorist group Hamas. Vanwa also hosts the 8chan forum, where the Buffalo shooter just happened to post and hang out on. Just a coincidence, we are sure.

For most of the existence of the site, Anglin advocated Neo-Nazism, and called for the extermination of Jews, and the ethnic cleansing of all non-whites. As soon as “Weev” became involved, the site took an even darker turn, if that is possible, in which they started calling for the kidnapping, rape, torture, and murder of women and teenage girls, in addition to committing terrorism against all minorities.

Time and again, have documented how the “Daily Stormer” started promoting the “Incel” movement in the past.

The incel, or “involuntary celibate” movement is composed of losers who hate and demean women, because they lack proper hygiene and basic social skills. Most of them are addicted to pornography, so they do not have the courage to approach women without coming across as creepy.

Due to being constantly rejected by normal women, the incels become bitter and lash out at women, often threatening to rape them. Some, like Elliot Rodger, who is often praised on the “Daily Stormer”, murdered two people, all because of his inability to approach women.

If all of this activity were confined to the Dark Web, that would be one thing. However, the incel movement that “Weev” and Andrew Anglin started, is beginning to become popular, even among young influencers on the right, who should know better.

The “Daily Stormer” is promoting and endorsing Donald Trump again, in order to, once again, conflate support for Trump with racism, terrorism, and hatred and violence against women. The exact same people did the exact same thing during the first year of President Trump’s term, when they encouraged the attack on Charlottesville.

These incels and Neo-Nazis are not conservatives.

They are not traditional.

They hate Christianity and everything that the West stands for.

They are not part of our culture.

They are not American, and most importantly, they will not replace us.