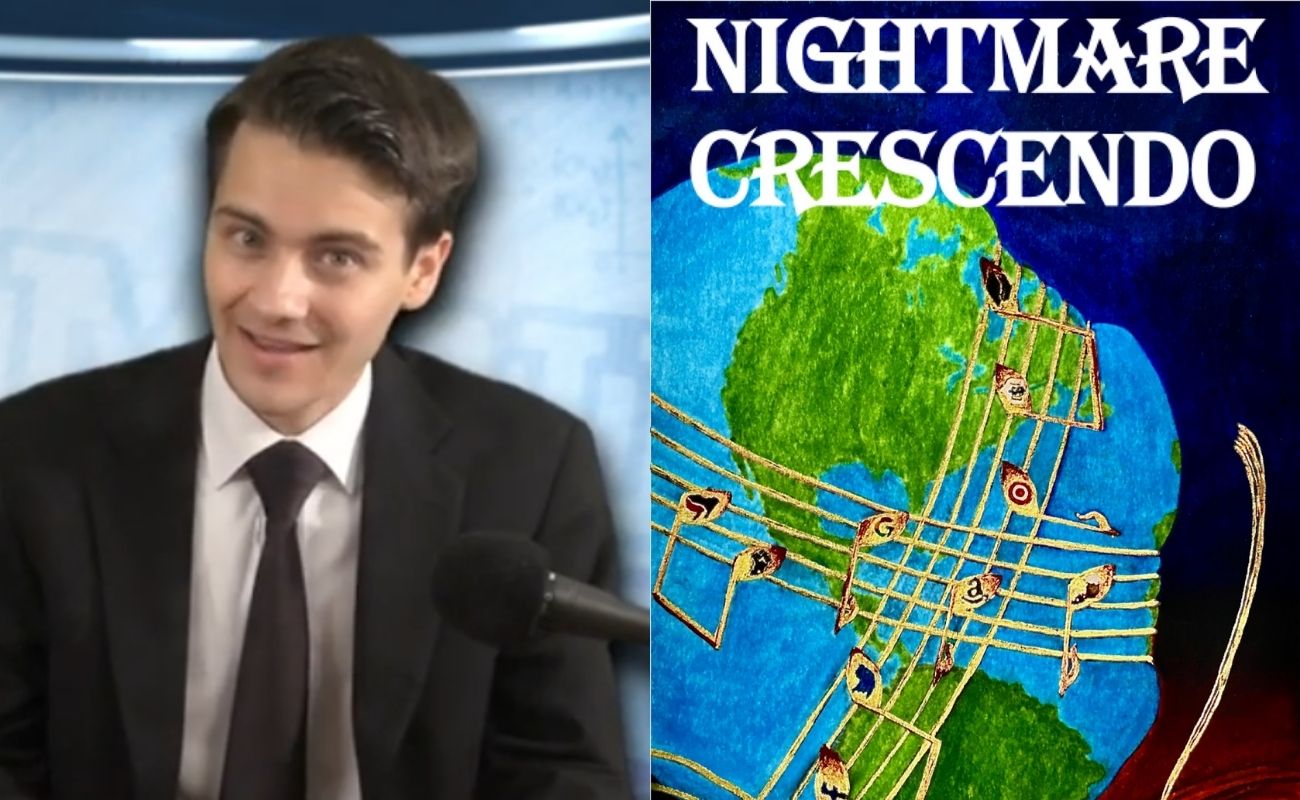 The line in the ad that Amazon specifically took issue with was “Woke Capital is rising. Become the instrument of its demise.”

.@AmazonAds suspended an ad campaign for my new book for being controversial & having…incorrect capitalization.

Incorrect according to what, the AP, which insists you capitalize “black” but not “white”? pic.twitter.com/hBewhZeARj

TRENDING: WOW! Biden Caught Fake Driving — Someone Else Is Steering Vehicle — It Was All a Stunt! — VIDEO and PICS

You may recognize Shimshock’s work from his time at Breitbart News, The Daily Caller, Rebel News, or Campus Reform. In a press release provided to the Gateway Pundit about his book, Shimshock writes, “dictators loathe the sound of laughter. But they are terrified when that glee meets a formidable strategy. The Nightmare Crescendo has grown louder than ever before. Are you ready to become the instrument of its demise?”

A sinister symphony is strangling Earth, dragging it into the abyss.

In the satire driven work, Shimshock “diagnoses the sickness and offers antidotes through a series of diverse literary ‘nocturnes,’ featuring bite-sized allegories like a battle between the Twitter bluebird and the U.S. eagle, blistering diatribes on the ‘cosmopolitan palate’ and libertarian ‘Trojan whores,’ admonitions against profit-driven ‘pathogenerals’ and reprobate resisters to his 18th Amendment prohibition gang, a game manual for MONOPOLY: Regime Change Edition, an ICE reality TV show pitch, and, yes, even a press release for the new superhero Dr. Deedee O. Hess, whose kooky finesse with hacking and leaking below-the-belt selfies of Big Tech CEOs is unrivaled.”

“Have you ever tried to show a cat your swank American flag desktop wallpaper while he is chowing down on Fancy Feast® Tuna Feast in Gravy? Believe it or not, he will not give a f*ck. The pathogeneral has shrewdly deduced that this is the attitude with which state governors and Silicon Valley titans will treat entreaties to ‘open up the economy!!’ when ‘flattening the curve’ yields more power to lock you up in your home and more profit when you have nowhere else to turn but Netflix and Facebook,” the book reads.

Nightmare Crescendo is available in paperback or on Kindle from now until whenever Jeff Bezos nukes it from Amazon.