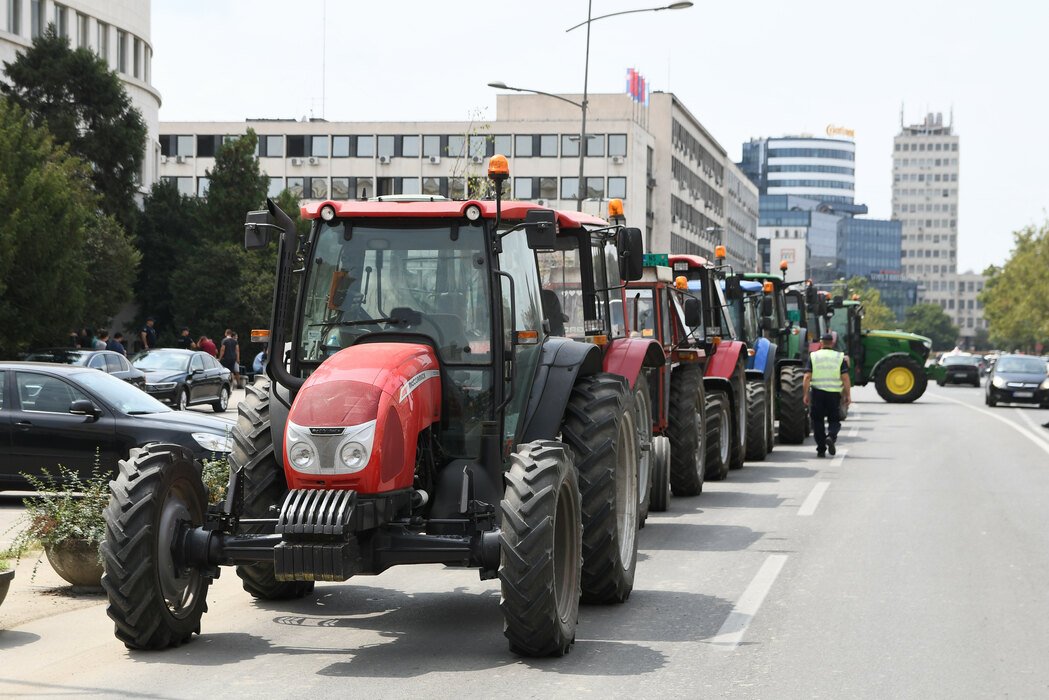 And so it begins… farmers in Serbia are getting more and more upset about the rising cost of fuel and other basic goods. This has led them to hold protests and give the government an ultimatum, or they will radicalize their actions.

Farmers from the Association of Initiatives for the Survival of Serbian Farmers organized protests in several places against rising fuel and fertilizer prices.

Approximately a hundred tractors could be seen blocking the city streets.

In Novi Sad and Vojvodina, protesters have blocked roads leading to government offices with the message, “If you do not meet our demands, we block the whole country!”

Due to rising fuel prices, the roads leading to government buildings in Novi Sad and Vojvodina are blocked: “If you do not meet our demands, we block the whole country!”

According to a report from Gript, the farmers are also dissatisfied with the environmental policies of the government, in addition to the low purchase price of sunflowers and the extension of the ban on oil exports.

“The first demand is the abolition of all bans on the export of cereals and oilseeds and the determination of the minimum price for wheat, which we have already enforced and handed over,” says Martin Đuricak, a farmer from Padina, a village in Serbia.

“The second demand is the abolition of the excise duty price for oil,” Đuricak added.

The farmers of Serbia have been on strike for three days now, blocking roads in every major city in the country, including last night’s demonstration.

Serbia Farmers Protest They are demanding capped pricing on grain and fuel subsidies and state The Govt has 48 hours to act or they’ll radicalize their actions… … pic.twitter.com/qazKg0XT7Z

On Thursday, protesting farmers met in Belgrade with Prime Minister Ana Brnabic. The meeting was attended by representatives of the STIG Farmers’ Association from Pozarevac and of the Initiative for the Survival of Serbia’s Farmers, as reported by Beta Briefing.

According to reports, farmers were not satisfied with the offer they received from the authorities.

They stated after the meeting with Prime Minister Ana Brnabić that the ban on the export of all cereals and oilseeds would be lifted and that they were offered a price of 535 euros per ton of sunflowers.

Kosovo Prime Minister Albin Kurti told Reuters in an interview on Wednesday that ‘we are ready to resist a possible attack by Serbia because the escalating conflict with the Serb minority could lead to a new conflict.’

Serbia is the latest country to join farmers from Ireland, Canada, and the Netherlands as the governments instituted new plans to bankrupt them and disrupt food supplies.