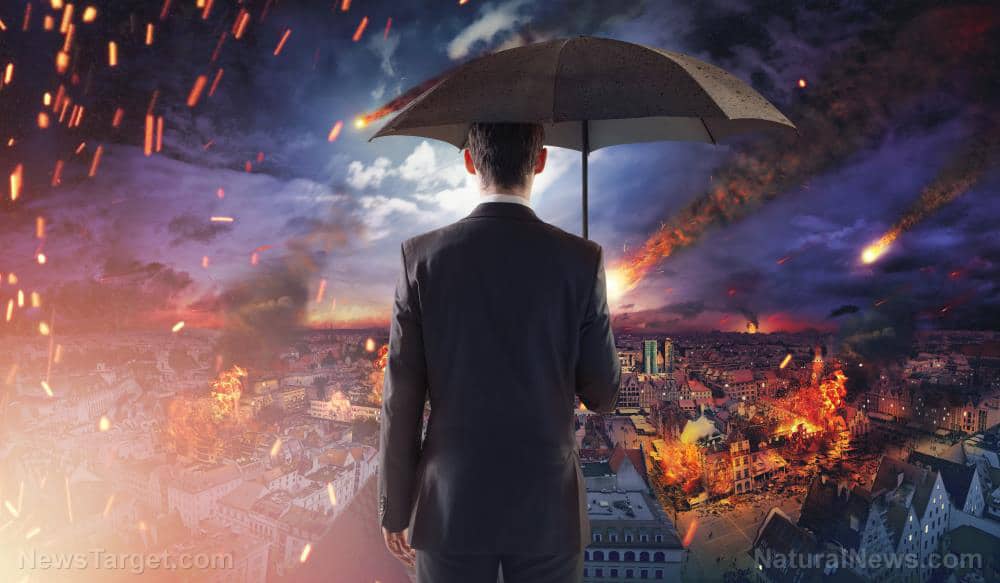 (Natural News)
I have noted in the past that criminals tend to brag about their criminality when they believe there’s nothing anyone can do about it. Frankly, in their narcissism many of them can’t help but revel in the moment and let everyone know how “superior” they are to the rest of us. We witnessed many moments like this from elitists within globalists institutions the past couple of years at the height of the pandemic pandemonium.

There were people like the globalist academics at MIT proclaiming that we were “never going back to normal” and that we were going to have to accept the loss of many of our freedoms for the rest of our lives in order to combat the spread of covid. There were people like Klaus Schwab declaring the beginning of the “Great Reset” and the launch of what the Davos crowd calls the “4th Industrial Revolution.” There have also been MANY political leaders like Joe Biden that strut around on the media stage accusing ideological opponents (conservatives mostly) of being “enemies of democracy.”

If their vision of “democracy” is medical tyranny and the forced expansion of cultural Marxism, or if their idea of democracy is government cooperation with corporate monopoly and the erasure of our country’s founding principles, then yes, I suppose I am indeed an enemy of “democracy.”

The globalists were really basking in the glow of their assumed victory. They thought they had us peasants by the scruff of the neck and that their agenda was all but assured. But as I have been arguing since last year, the money elites may have celebrated a little too early.

The covid agenda utterly failed if the goal was to implement longstanding mandates and restrictions across North America and Europe. If you want to know what success for the globalists would have looked like, just examine China with its endless lockdown cycles and digital vaccine passports. The elites wanted that outcome for the west and they didn’t get it. They came close, but millions of Americans, Canadians and Europeans stood their ground and the cost to force us into compliance would have been too great.

Even Joe Biden has openly admitted that the pandemic is over. They dropped the mandates because they knew if it came to war, they would lose.

If the goal of the pandemic fear factory was simply to get the population injected with the mRNA vaccines, here they also failed. With many states in the US 40% unvaxxed (according to official numbers) and many parts of the world with large unvaxxed populations, there is a massive control group for the covid vaccines. If there are going to be constantly developing health problems associated the mRNA vax (like Myocarditis) then the public is going to know what caused them because of this control group. The globalists needed near-100% vaccination and they did not get it. Not even close.

There is no escape for them – They greatly overestimated the public’s apathy when it comes to authoritarianism. The rebellion is too large and they will eventually be held accountable for their trespasses.

Case in point: The latest election in Italy has resulted in a landslide win for the conservative coalition and the new prime minister (and first woman prime minister), Georgia Meloni, gave a rousing victory speech this week which directly exposed the far-left invasion of western nations, globalism and the poisonous collusion with woke corporations to silence dissent. She called for a return to freedom, and what was the mainstream media response? They are calling her a “fascist.”

The Italian election is just a small part of an ongoing trend, an awakening of the people to the imminent threats presented by globalists, and the globalists can’t stop it.

The fear among them is palpable. Anti-globalism is now going mainstream, and as it does people are going to start looking for answers. Why have our economic conditions been so degraded? Why are we facing stagflationary crisis? Why are prices on everything continuing to climb? Why did we almost lose all of our civil liberties in the name of fighting a virus with a tiny 0.23% official median Infection Fatality Rate? Why are pointless carbon controls being instituted in the middle of a supply chain crisis? Why are politicians and banks making everything so much worse?

The public outcry for a reckoning is growing and it’s the heads of globalists that will end up on the chopping block. All roads to destruction lead back to them and the policies they have forced upon the populace.

Of course, when criminals feel like they are being cornered they will sometimes set fires and take hostages in a last ditch effort to stay alive and slip through the net. I believe we are closing in on that stage of this terrible drama. It’s important to accept the conditions of the battlefield as they are and not underestimate the enemy. The truth is, globalists have extensive means at their disposal to wreak havoc and they have already set some of these disasters in motion.

As I warned many years ago (way back in 2017 in my article ‘The Economic End Game Continues’), tensions with eastern nations are being used to diminish the role of the US dollar as the world reserve currency and the petro currency. The conflict is also causing resource shortages and supply chain weakness, not to mention an energy crisis in Europe that is now irreversible with the sabotage of the Nord pipelines.

I also predicted in 2017 that the Federal Reserve would repeat a pattern of raising interest rate into severe economic weakness causing increased economic turmoil. They used a very similar tactic at the onset of the Great Depression, which former federal reserve chairman Ben Bernanke openly admitted was the cause of the long term deflationary collapse.

“The changing of the Fed chair is absolutely meaningless as far as policy is concerned. Jerome Powell will continue the same exact initiatives as Yellen; stimulus will be removed, rates will be hiked and the balance sheet will be reduced, leaving the massive market bubble the Fed originally created vulnerable to implosion.

An observant person…might have noticed that central banks around the world seem to be acting in a coordinated fashion to remove stimulus support from markets and raise interest rates, cutting off supply lines of easy money that have long been a crutch for our crippled economy.”

The Bank for International Settlement’s, the central bank of central banks and the institution that writes global policy initiatives for all other member banks, called for MORE rate hikes last week. Aside from a minor intervention by the Bank of England, the evidence shows that the globalists WANT a crash and are engineering conditions of instability. They set up the dominoes in advance and now they have decided to knock them down. I think this is a fail-safe; a panic trigger in the event that they did not get the control they wanted from the covid pandemic.

They will blame Russia, they will blame China, they will blame conservatives, they will blame anything and anyone besides themselves in an attempt to divert public attention away from the international banking actions that created the crash conditions in the first place. We can’t let them. Whatever happens next, it is vital that people remember who really did this to us and who needs to be punished.

Over the course of the next couple of years the establishment power brokers are going to attempt to use a chaos screen in order to sow seeds of fear in the population. They are going to try to exploit that fear to gain even more centralized governance and change the very foundations of our society while suffocating what’s left of our liberties. It’s the only play they have left, but at least we now know for certain that there are millions of us out there – millions of people that will not comply and that will fight back. And, we know that the globalists are afraid; if they weren’t then they would not be falling back to such drastic measures.