ANTRIM COUNTY FORENSIC AUDIT CALLS 2020 ELECTION RESULTS INTO QUESTION – How Can Any State in the US Legitimately Confirm Their Election Results Are Accurate? 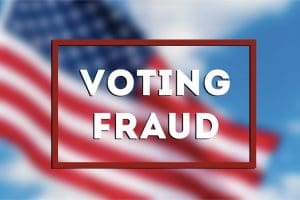 As noted previously, the 2020 election was the most corrupt and compromised election in US history. Prior Democrat methods of voting for dead people merged with modern machine machinations.  The result was President Trump’s greatest election win in history being stolen by both US and foreign actors.

Up until 2020 no Presidential candidate had broken 70 million votes in an election.  Barack Obama had reached a reported 69 million in 2008 but that was the record, until this year.  Then President Trump smashed the record and won an unheard of 74 million votes.  This was a record for any candidate and certainly for a sitting President.

Despite liberal garbage polls telling us otherwise, President Trump’s vote accumulation was not surprising.  He had tens of millions following him on social media and over a million at his rallies the last two months of the election alone.  Car parades, boat parades, signage and more were seen like never before.

Then Joe Biden stole the election.  The man who couldn’t get five people at a rally did the impossible and won over 80 million votes!

We all know Biden didn’t win and accumulate 80 million votes.  This was impossible.  The Democrats, China and world elites all hated President Trump and they did all they could to stop him, just like they have for four years.

We’ve provided ample evidence of election fraud around the country in this year’s election, especially in the swing states.  But today an independent auditor’s report of the results of a forensic audit of the Dominion voting machines was like a bomb dropping on the US election process.

A summary of the report can be found here:

The results of this audit are shocking.  But more shocking is that this is just one of thousands of county’s around the country that used voting machines in this year’s election.

How can any county now confirm that their results are legitimate and accurate knowing what we now know occurred in Antrim Country?  The honest and accurate answer is – they can’t!

President Trump issued a warning before the results of the Antrim County forensic audit were released.   He claimed no swing states can legitimately confirm their results knowing what we do about election fraud in this year’s election:

The President is right again.  This election was stolen.  Tens of millions of illegitimate votes were recorded for Joe Biden.  There is not one single county or state in this nation that can now legally certify their election results.