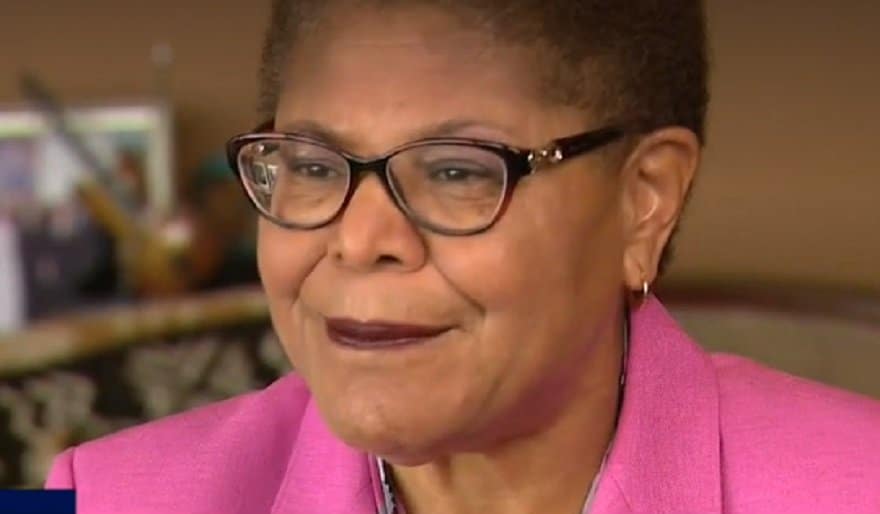 Two men have been arrested in connection to a burglary at the Los Angeles home of Democrat Rep. Karen Bass on Saturday night.

Rep. Bass told police that two guns were stolen from her home, despite her anti-Second Amendment positions and policies.

Patricio Munoz, 42, and Juan Espinoza, 24, were arrested for the break-in on Tuesday after police saw them get into a vehicle that had been parked at Bass’ home during the burglary.

“Last night, I came home and discovered that my house had been broken into and burglarized,” the Bass campaign said in a statement over the weekend.

“LAPD was called, and I appreciate their assistance,” the statement continued. “At this time, it appears that only two firearms, despite being safely and securely stored, were stolen. Cash, electronics and other valuables were not. It’s unnerving and, unfortunately, it’s something that far too many Angelenos have faced.”

Bass is currently running for mayor of Los Angeles.

In July, Bass tweeted “The number one job of the mayor is to keep Angelenos safe. One of my top priorities will be to get guns off of our streets and out of our communities. Gun violence has no place in our city.”

The number one job of the mayor is to keep Angelenos safe.

One of my top priorities will be to get guns off of our streets and out of our communities.

Gun violence has no place in our city.https://t.co/LrgZgdmQAg

Bass has claimed that the guns were purchased two years ago for self-defense — a right that she wants to strip from everyone else.