Attorney Cleta Mitchell: “I Believe in the End Georgia Judge Will Allow Ballots to be Examined – Don’t Trust Raffensperger, He’s an Imbecile” (VIDEO) 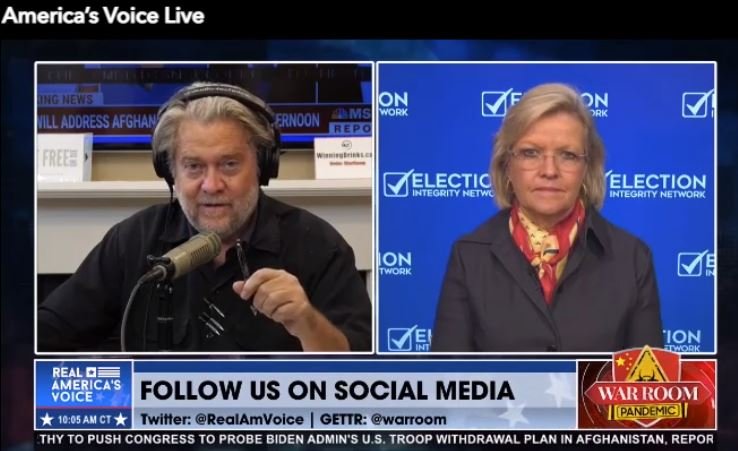 Attorney Cleta Mitchell joined Steve Bannon on The War Room on Monday to discuss the ongoing court case in Georgia over the Fulton County forensic audit.

Mitchell from the Election Integrity Network believes the judge, in the end, will allow the Fulton County ballots to be examined.

On Raffensperger Cleta had this to say:

Cleta Mitchell: “He lied to the court. He said it was a violation of federal law to allow access to the envelopes. Well, that’s not true… Don’t trust Raffensperger, he’s an imbecile… He’s trying to cover his own butt. And we’re going to get to the point If his lips are moving, he’s lying.”

Via The War Room: