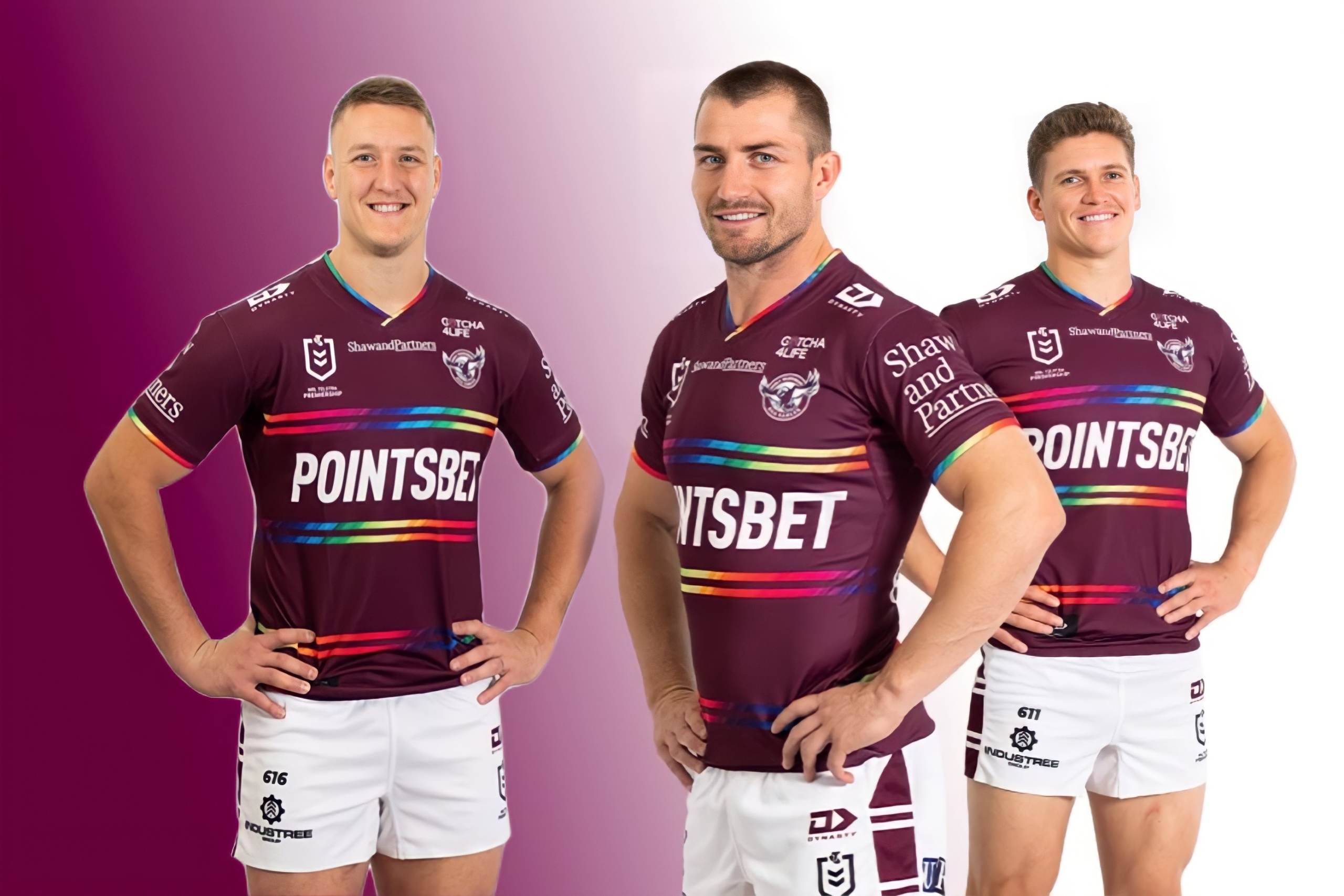 Seven Australian rugby league players from the Manly Warringah Sea Eagles committed to boycotting a crucial match after their team announced they would wear a rainbow-themed LGBT jersey to show support for ‘inclusivity and diversity.

The Manly Warringah Sea Eagles made headlines last week when they announced they would be the first team in Australia’s National Rugby League (NRL) to wear pride shirts to promote the LGBT agenda.

“Manly Warringah Sea Eagles will proudly wear a rainbow-detailed jersey to celebrate inclusiveness during our Round 20 game against the Roosters at 4 Pines Park,” the team said in a statement.

“The Sea Eagles have today unveiled their ‘Everyone in League’ jersey, a collaboration with Dynasty Sport. The jersey will be worn against the Sydney Roosters at 4 Pines Park on Thursday, July 28,” the team added.

“Sport is one of those great things where people come together from all walks of life and participate in something without exclusion. This jersey is a celebration of that and the first of its kind in the NRL,’’ said Tyler Rakich, Founder/Director of Dynasty Sport.

According to various reports, the players were not consulted before the decision was made. As a result, several players refused to wear the team’s pride shirt because it goes against their religious beliefs and cultural differences.

Players Sean Keppie, Kieran Foran, and Reuben Garrick were the three players who modeled it for the promotional campaign.

Manly Warringah Sea Eagles, based north of Sydney, unveiled the strip – which features rainbow piping on the neck, sleeves and around the sponsor logo – yesterday morning, saying it showed support for ‘inclusivity and diversity’.

But just hours later club bosses were forced to call a crisis meeting with players who said they would refuse to wear the top on ‘religious and cultural grounds’, having failed to consult them on the decision ahead of time.

Now, what was meant to be a symbol of togetherness has instead become one of division as an openly gay club legend, league bosses, radio presenters, and even the Prime Minister have been dragged into a vicious debate overshadowing the sport.

Meanwhile Manly faces calling up reserve players for Thursday night’s game that could prove crucial for their chances of winning the league, after owner Scott Penn categorically ruled out dropping the strip.

Manly Coach Des Hasler and Captain Daly Cherry-Evans addressed the media on Tuesday and apologized for the “mismanagement” of the pride jersey release, per CNN.

“The intent of the rainbow color application of our jersey was to represent diversity and inclusion … embracing all groups who feel marginalized, face discrimination and have a suppressed share of voice,” Hasler said.

“The jersey’s intent was to support the advocacy and human rights pertaining to gender, race, culture, ability and LGBTQ movements. Sadly, the execution of what was intended to be an extremely important initiative was poor. There was little consultation or collaboration between key stakeholders, both inside and outside the club.

“Sadly, this poor mismanagement has caused significant confusion, discomfort and pain for many people. We have even adversely affected our playing group, a wonderful group of people comprising of many different races and cultural backgrounds.

“We wish to sincerely apologize for the mistakes we have made. We wish to apologize to the minority groups within the community who embrace the rainbow colors as a symbol of pride in who they are and what they stand for.

“We wish to apologize to the LGBTQ community who embrace the rainbow color for pride and advocacy and human rights issues. We accept your cultural beliefs and hope that you can accept our apology.”