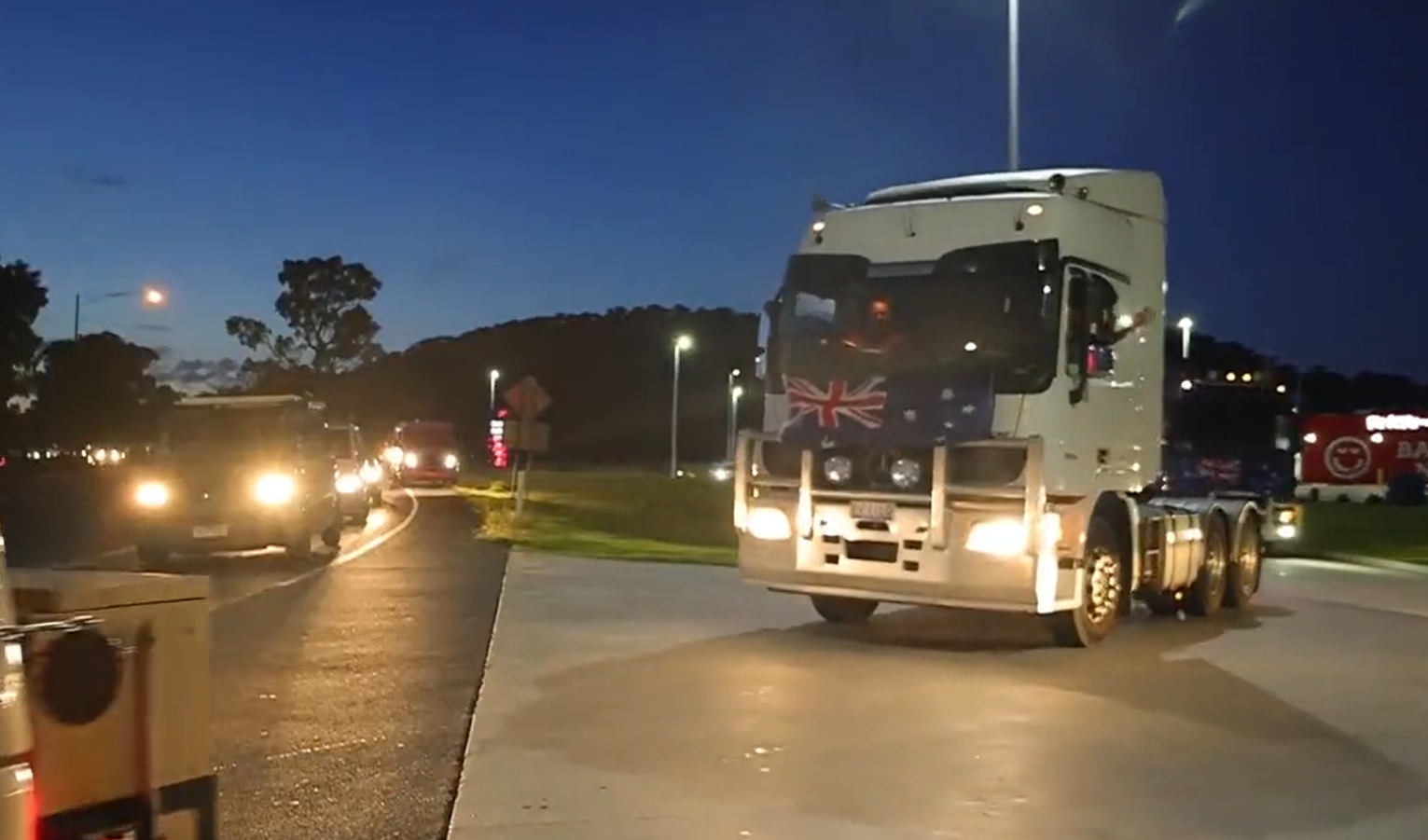 (Natural News)
Truck drivers in Australia have taken a cue from Canada’s Freedom Convoy participants and have driven to the country’s capital in Canberra to protest enduring and pointless Wuhan coronavirus (COVID-19) mandates, including one for vaccines – though obstinate Australian leaders still pledged that booster jabs will become mandatory very soon.

The Daily Mail reported that protesters from around the country arrived in the capital on Monday, January 31, as part of a demonstration dubbed “Convoy to Canberra,” and involved enough cars and trucks to stretch for several miles.

The protest in Australia comes as roughly 50,000 truckers in Canada drove to Ottawa, that country’s capital, over the weekend to lash out against vaccine mandates and lockdowns that are hurting their industry and worsening an already bad supply chain crisis.

It also comes after Victoria Premier Daniel Andrews issued a warning that soon he will likely require COVID-19 boosters in order for people to be considered “fully vaccinated.”

“There has already been some mandating done for third doses, and there will be more,” he pledged on Sunday, January 30.

The Daily Mail added: “Many drivers left their homes in New South Wales, Queensland, Victoria and Western Australia on Saturday to travel thousands of kilometers in their trucks, vans and SUVs. Already several of them have been involved in separate accidents with one Land Rover caught in a five car pile-up near the Hawkesbury River. Photos of the crash were uploaded to Facebook showing the front of a blue vehicle completely squashed and its back trailer lifted up with a Land Cruiser pinned underneath it. A member of the convoy said the car was a write-off and described it as a ‘casualty of war.’”

Meanwhile, demonstrators flooded their social media accounts with pictures and videos taken of the miles-long protests with some showing streets and highways completely filled with tractor-trailer rigs, cars, SUVs and other vehicles as they drove past cheering supporters who yelled slogans and waved Australian flags.

One supporter reported waiting with a “tribe” on the Mount Street Bridge in North Sydney while waving flags as the convoy passed beneath her. “What an amazing day,” she wrote on social media.

“I drove over to North Sydney to wait for the convoy to come through, half thinking I’d be there solo. In no time at all a tribe appeared … and just kept growing (the photo was taken early on). It was an honor to be part of the boots on the ground today; spending an afternoon in the hot sun with people on the same page as me, waiting for another bunch of phenomenal humans to drive by,” she added.

Another protester drove a truck with a billboard criticizing vaccinations for children featuring pictures of kids who had been hospitalized due to negative side effects.

Others sported slogans as well as flags, with one reading, “God will protect our freedom fighters,” and another saying, “Leave our kids alone. No jabs needed – stats prove.”

Local police warned residents to avoid highways and streets where the convoys were progressing, noting that traffic would be heavy and risks would be high.

In Canada, meanwhile, Prime Minister Justin Trudeau had nothing but scorn for protesters there, calling their demonstration an “insult to truth,” according to the BBC.

“This is not the story of our pandemic, our country, our people,” he said. “My focus is standing with Canadians and getting through this pandemic.”

However, Candice Bergen, the deputy leader of the opposition Conservative Party, blasted Trudeau and said that the demonstrators represented millions of Canadians who “have had enough of lockdowns and broken promises.”

“They deserve to be heard and they deserve respect,” she noted on Twitter.