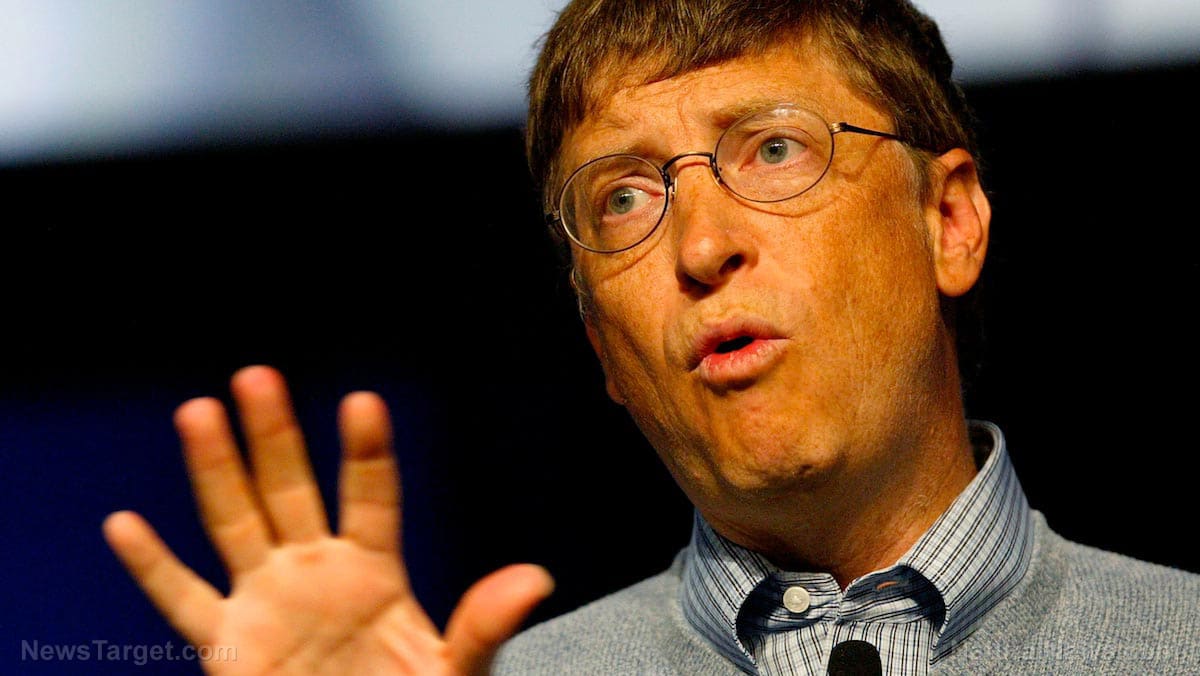 (Natural News) Over the last two weeks, Facebook and other social media sites have deplatformed me and many other critics of regulatory corruption and authoritarian public health policies. So, here is some fodder for those of you who have the eerie sense that the government/industry pandemic response feels like it was planned — even before there was a pandemic.

The attached document shows that a cabal of powerful individuals did indeed begin planning the mass eviction of vaccine skeptics from social media in October 2019, a week or two before COVID began circulating. That month, Microsoft founder Bill Gates organized an exercise of four “table-top” simulations of a worldwide coronavirus pandemic with other high-ranking “Deep State” panjandrums. The exercise was referred to as Event 201.

At Gates’ direction, these eminences role-played members of a Pandemic Control Council, wargaming government strategies for controlling the pandemic, the narrative and the population. Needless to say, there was little talk of building immune systems, off-the-shelf remedies or off-patent therapeutic drugs and vitamins, but lots of chatter about promoting uptake of new patentable antiviral drugs and vaccines.

Oddly, Gates now claims that the simulation didn’t occur. On April 12, 2020, Gates told BBC, “Now here we are. We didn’t simulate this, we didn’t practice, so both the health policies and economic policies, we find ourselves in uncharted territory.”

Unfortunately for that whopper, the videos of the event are still available across the internet. They show that Gates and team did indeed simulate health and economic policies. It’s hard to swallow that Gates has forgotten.

Gates’s Event 201 simulated COVID epidemic caused 65 million deaths at the 18-month endpoint and global economic collapse lasting up to a decade. Compared to the Gates simulation, therefore, the actual COVID-19 crisis is a bit of a dud, having imposed a mere 2.5 million deaths “attributed to COVID” over the past 13 months.

The deaths “attributed to COVID” in the real-life situation are highly questionable, and must be seen in the context of a global population of 7.8 billion, with about 59 million deaths expected annually. The predictions of decade-long economic collapse will probably prove more accurate — but only because of the draconian lockdown promoted by Gates.

Gates’ Event 201 script imagines vast anti-vaccine riots triggered by internet posts. The universal and single-minded presumption among its participants was that such a crisis would prove an opportunity of convenience to promote new vaccines, and tighten controls by a surveillance and censorship state.

Segment four of the script — on manipulation and control of public opinion — is most revealing. It uncannily predicted democracy’s current crisis:

Sell reminds her fellow collaborators that “We know that social media is now the primary way that many people get their news, so interruptions to these platforms could curb the spread of misinformation.” There are many ways, Sell advises, for government and industry allies to accomplish this objective: “Some governments have taken control of national access to the Internet. Others are censoring websites and social media content and a small number have shut down Internet access completely to prevent the spread of misinformation. Penalties have been put in place for spreading harmful falsehoods, including arrests.”

Read the attached transcript to see how Gates and his government, pharma and intelligence apparatus telegraphed their plans to censor and control the media during the pandemic. In yet another uncanny coincidence, COVID-19 began circulating among global populations within days of Gates’ meeting.

Read more at: ChildrensHealthDefense.org and Conspiracy.news.