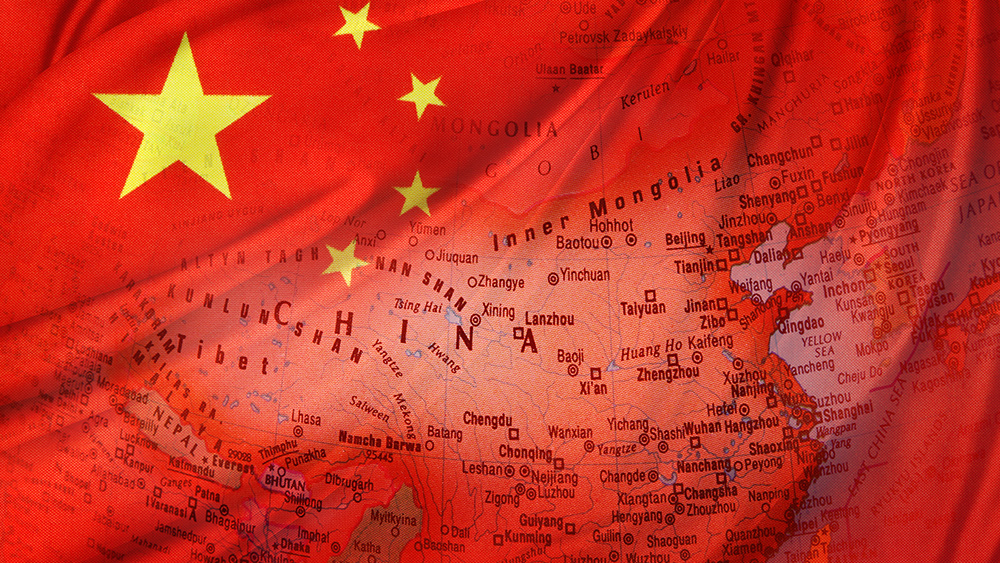 (Natural News)
The Chinese government announced it will impose tighter regulations on French travelers bound for China. Its announcement followed the EU’s decision to exclude Chinese-made vaccines from its EU Digital COVID Certificate program set to begin on July 1. The EU’s program aimed to streamline travelers’ information related to the Wuhan coronavirus (COVID-19) for easier mobility around the bloc.

In a June 14 announcement, the Chinese Embassy in France reminded Chinese citizens of the new regulations. An embassy staffer told Radio Free Asia (RFA) that Beijing will implement “reciprocal sanctions” on French citizens. According to the staffer, China will not recognize French citizens’ vaccination with non-Chinese COVID-19 vaccines.

Meanwhile, media outlets in mainland China reported on Beijing’s sanctions against France on June 15. According to them, travelers coming from France are now required to undergo a 28-day quarantine.

The retaliatory measures put in place by Beijing stemmed from new COVID-19 regulations implemented by France on June 9. As per current guidelines, Chinese nationals must provide “compelling reasons” to enter France. They are also required to quarantine themselves for seven days after arriving, if allowed to enter the country.

The new mandates announced June 9 said vaccinated people no longer need to provide “compelling reasons” prior to entry and to quarantine themselves if permitted to set foot on France. The COVID-19 vaccines from Pfizer/BioNTech, Moderna, AstraZeneca and Johnson & Johnson are approved by France – and the European Union.

On the same day that France issued the new guidelines, the European Parliament approved the EU Digital COVID Certificate program. It involves a QR code issued by individual member nations, which all EU countries are mandated to recognize. Iceland, Liechtenstein, Norway and Switzerland are also included in the program.

The program aims to streamline information about travelers’ COVID-19 health status – such as test results, recovery status or vaccination status. It also aims to help travelers move more efficiently around the bloc’s member countries. Vaccines made by Russia and China are not accepted in the program, with the latter due to the European Medicines Agency not approving them. However, some EU member states have accepted Chinese vaccines on an individual basis.

According to reports by mainland Chinese outlets, France and the EU did not accept China’s vaccines for political reasons despite receiving approval from the World Health Organization. They added that Beijing’s more stringent measures on French travelers would be “teaching France a lesson.”

France-based current affairs commentator Wang Longmeng said he believes that China’s retaliation was meant to stir up nationalist sentiment. Speaking to RFA, he continued that Chinese Ambassador to France Lu Shaye has frequently denounced Western countries for calling an investigation into the origins of COVID-19. Wang added that the Chinese embassy has been posting inflammatory comments on social media to sway public opinion against the West.

Wang also remarked that China’s new guidelines for travelers would also affect its citizens in turn. He said: “The reciprocal treatment claimed by China is also ridiculous. How will the Chinese citizens who live in France and have received Western vaccinations feel about it? Are they going to be prohibited from returning to China?” (Related: Shanghai district residents refuse to take Chinese-made coronavirus vaccine.)

The commentator also defended France’s move to block China-made vaccines. Wang argued that as a major EU country, France is only being responsible to its citizens by not approving the Chinese COVID-19 vaccines. Low efficacy and lack of transparency in clinical trial data are two such issues that hounded the communist country’s COVID-19 vaccine candidates. (Related: Do they even work? Chinese vaccines UNDER FIRE as Guangzhou hit by coronavirus outbreak.)

Wang added that the refusal to approve Chinese vaccines is a necessary means to control China. He said that Beijing is pushing its vaccine diplomacy and seeking global dominance by taking the opportunity of the pandemic.

France-based Kazakh journalist Erkin Azat also lauded the EU’s decision not to approve the Chinese COVID-19 vaccines. However, he told RFA that Beijing’s vaccine diplomacy will overrule the EU’s collective policy. Azat explained that some countries who joined China’s Belt and Road Initiative and received huge loans from China have approved the vaccines.

Visit CommunistChina.news to read more articles about the Chinese government during the COVID-19 pandemic.