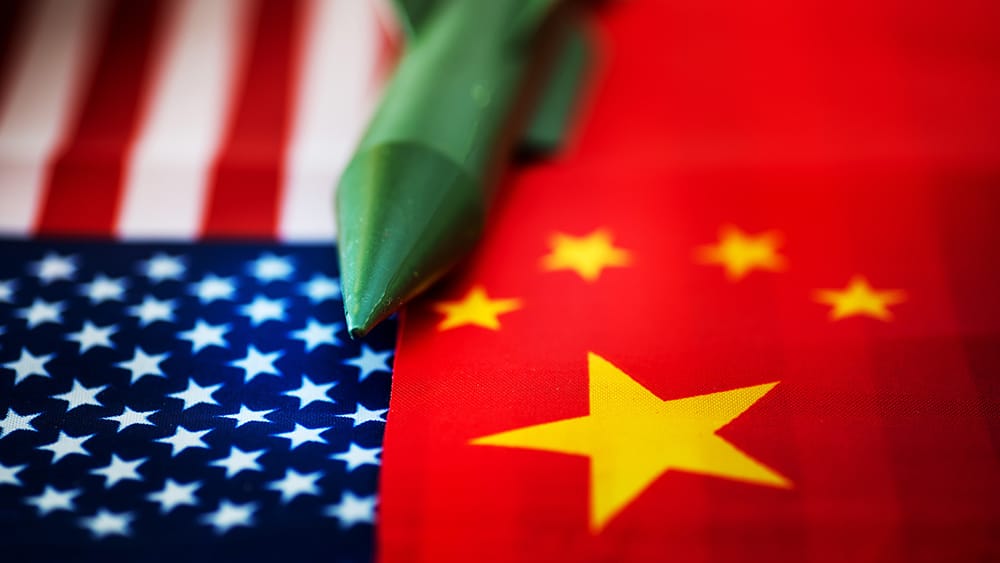 (Natural News)
President Joe Biden said American forces would be sent to Taiwan to defend the island if China decides to launch an invasion.

During a “60 Minutes” interview with CBS broadcast on Sunday, Sept. 18, correspondent Scott Pelley asked Biden about recent concerns that China could attack Taiwan. United States policy since 1979 has been to recognize Taiwan as part of China, but to remain ambiguous on whether the military would defend the island’s democratic government.

“We agree with what we signed onto a long time ago,” said Biden. “And that there’s one China policy, and Taiwan makes their own judgments about their independence. We are not moving – we’re not encouraging their being independent. That’s their decision.”

“But would U.S. forces defend the island?” asked Pelley.

“Yes, if in fact there was an unprecedented attack,” said Biden. (Related: Taiwan asserts its right to defend itself and to COUNTER-ATTACK if China invades.)

When Pelley asked Biden to clarify if that means supporting Taiwan with American servicemen and women being sent to the island in the event of a Chinese invasion, Biden simply replied: “Yes.”

Taiwan’s Ministry of Foreign Affairs expressed its thanks to Biden for reaffirming the “U.S. government’s rock-solid security commitment to Taiwan.” The ministry added that Taiwan will continue to strengthen its self-defense capabilities and deepen the already close security partnership that it has with the United States.

Biden has had a reputation of willingness to go beyond long-standing stated U.S. policy on Taiwan, which is to remain ambiguous about what kind of support the country would give during a war.

An analysis by Politico has found that this is the fourth time since Aug. 2021 that Biden has stated he would militarily defend Taiwan during a Chinese invasion attempt.

Officially, the U.S. maintains a policy of “strategic ambiguity” regarding whether it would commit to sending troops to Taiwan in the event of an invasion. The Taiwan Relations Act of 1979 only obligates America to help equip Taiwan to defend itself during an invasion, and doing more would be at the discretion of the commander-in-chief.

It is this “strategic ambiguity” in U.S. policy regarding Taiwan that made a White House official release a statement following the “60 Minutes” interview to point out that Biden’s words don’t constitute official policy.

“The president has said this before, including in Tokyo earlier this year,” said a White House spokesperson. “He also made clear then that our Taiwan policy hasn’t changed. That remains true.”

But Oriana Skylar Mastro, a center fellow at Stanford University‘s Freeman Spogli Institute for International Studies, believes this isn’t just a slip-up on Biden’s part if it has happened at least three other times.

“I think we can all be pretty certain at this point that it was not a gaffe – four times in a row … [means] what’s happening is there are people in the administration who think that by demonstrating a greater willingness to defend Taiwan, that’ll help reestablish deterrence,” said Mastro.

She added that the Biden administration’s current challenge is to figure out how to balance its desire to deter an invasion of Taiwan while communicating clearly that it is willing to send American troops to the island to keep it out of the clutches of Beijing.

“Most people assume the U.S. will do something to defend Taiwan. The big question is, what are the costs we’re really willing to pay?” said Mastro. “Are we going to stick it out after 10,000, or 20,000, or 30,000 casualties? There’s nothing about Biden’s statement that adds any clarity to the Chinese on that issue.”

Learn more about the possibility of the U.S. going to war at WWIII.news.

Listen to the full clip of Biden committing U.S. forces to defend Taiwan should China invade.

This video is from the Chinese Taking Down Evil CCP channel on Brighteon.com.

World again on brink of war: Taiwan shoots down Chinese drone for first time amid rising tensions in the Indo-Pacific.

Experts say China convinced it must hit US in ‘Pearl Harbor-like’ quick strike before attacking Taiwan.