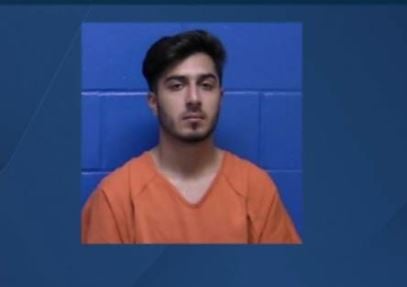 As reported earlier an Afghan man has been arrested and charged with a felony for reportedly raping a young woman in Montana. The foreign national had been evacuated from Afghanistan during Biden’s disastrous withdrawal and had been relocated to the state by the US State Department.

The Afghan national, Zabihullah Mohmand, was NOT fully vetted by the federal government before DHS released him into the general population. He also wasn’t even a refugee who qualified for a Special Immigrant Visa, instead, he was released as a “parolee.”

Then he raped a local woman.

Mohmand’s arraignment is scheduled for November 1.

But thanks to the Biden regime Mohmand kept his work permit.

The rapist can work — But unvaxxed pilots and nurses will lose their jobs.

In September, President Biden botched the Afghan withdrawal, which cost 13 U.S. servicemembers their lives during a suicide bombing. The Biden administration compounded its errors by recklessly allowing tens of thousands of unvetted Afghans to get on planes headed to the United States, while stranding an unknown number of Americans and lawful permanent residents (LPRs) in Afghanistan. As I wrote in Newsweek back on September 8, “The Biden administration policy seems to be to get as many here as quickly as possible and sort out the details later. What could possibly go wrong?”…

…The state of Montana received 75 Afghans in the first wave of resettlement. One of the unvetted Afghan parolees who ended up in Montana is 19-year-old Zabihullah Mohmand. Last week, Mohmand was charged with violently raping an 18-year-old girl in a hotel room. Mohmand’s arraignment is scheduled for November 1 and it appears that he is being detained in police custody at this time.

I do not know what potential derogatory information might have come up in the course of Mohmand’s national security and background checks, but this tragic alleged crime is the predictable byproduct of allowing unvetted aliens to roam the interior of the United States. Instead of feeling some moral culpability in putting Mohmand in a position to commit this crime, multiple DHS sources tell me that the Biden political leadership team has decided that they will not revoke Mohmand’s EAD at this time. This is an absolutely baffling, and indefensible, decision as the process of rescinding an EAD is not complicated.