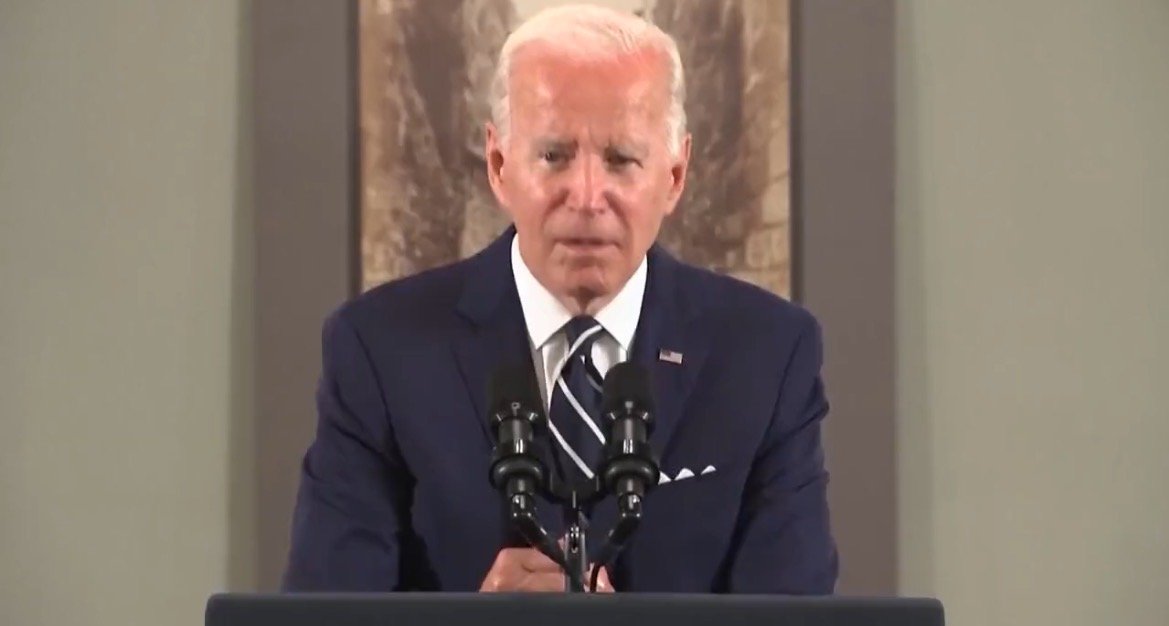 This is what happens when Joe Biden’s handlers let him out of the basement.

Joe Biden insulted our ally, made some gaffes and at one point he had a coughing fit.

“My background and the background of my family is Irish American and we have a long history not fundamentally unlike the Palestinian people, with Great Britain and their attitude toward Irish Catholics over the years for 400 years,” said Biden while he was in East Jerusalem.

TRENDING: HUGE ELECTION UPDATE: Data Supporting the Reported Results of the 2020 Election Does NOT Reconcile with Data in Voting Machine Files – Something Is Very Wrong

After his coughing fit, Joe Biden told the audience a story about his surgery after he suffered two brain aneurysms.

Joe Biden said the doctors had to open the top of his head twice because they couldn’t find a brain the first time.

“I joked that the reason why they went in twice to take the top of my head off is they couldn’t find a brain the first time,” said Biden.

He actually said this.

Then creepy Joe Biden told a story about nurses rubbing his face and whispering in his ear after his surgery.

“I don’t think you nurses are appreciated enough…while you lie in the ICU, and I have not said this publicly before…” Biden said before disclosing he almost flatlined and died.

But nurses brought him back to life by rubbing his face and whispering in his ear.

“And the nurses at Walter Reed Hospital would come up and rub my face, they’d whisper in my ear, they’d get close and tell me it’s gonna be okay. They made a difference in my life,” Biden said before bringing up his dead son Beau.