Biden’s Former Press Sec. Jen Psaki Says if the Midterms Are a “Referendum on the President” Democrats Will Lose (VIDEO) 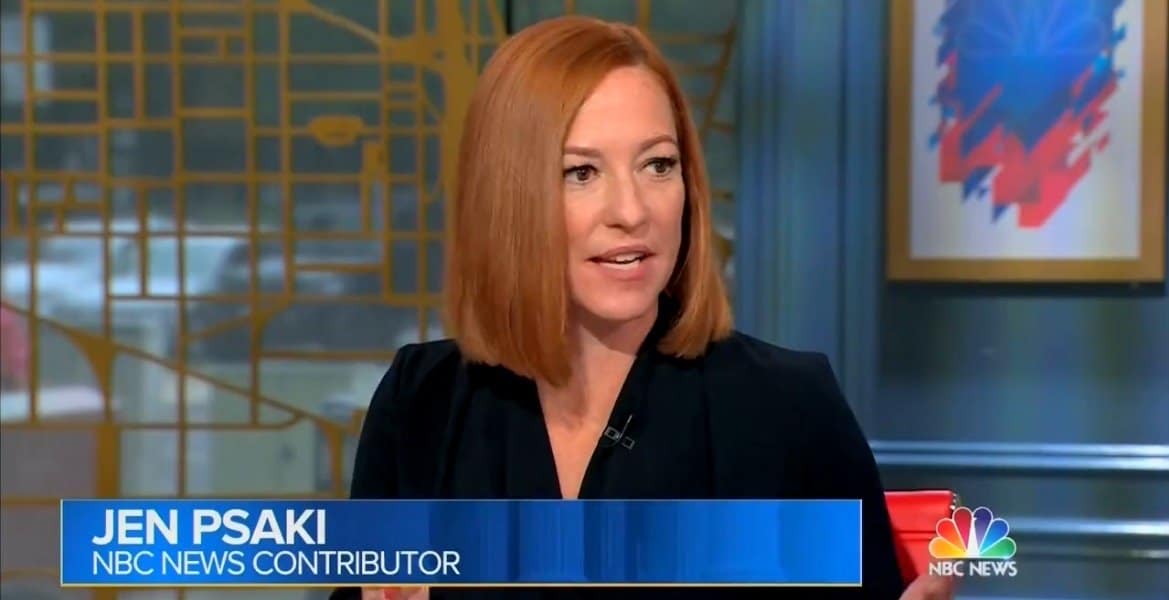 Psaki said if the midterms are a referendum on Joe Biden, the Democrats will lose.

Not one person in the media has been able to explain how Joe Biden, the most popular president in US history who received 81 million votes, is all of a sudden a pariah less than 2 years later.

TRENDING: “Everything in Your Life Financially and Economically is Changing in the Last 72 hours” – Steve Bannon on Implications of Biden’s Economy

“Look, I think the Democrats – if the election is about who is the most extreme, as we saw with Kevin McCarthy touch on there with Marjorie Taylor Greene… then they’re gonna win. If it is a referendum on the president, they will lose and they know that,” Psaki said.

“They also know that crime is a huge vulnerability for Democrats, I would say one of the biggest vulnerabilities,” Psaki added.

“Yes the economy is hanging over everything, but you do have to look at state-by-state factors,” she said.

WATCH: If the election is about which side is the most extreme, Democrats will win, @jrpsaki says. If it’s a referendum on the president, they’ll lose, she says.

“Yes the economy is hanging over everything, but you do have to look at state-by-state factors.” pic.twitter.com/wC9hj3MX5T

Here’s a quick glance at the Biden Regime’s accomplishments so far: