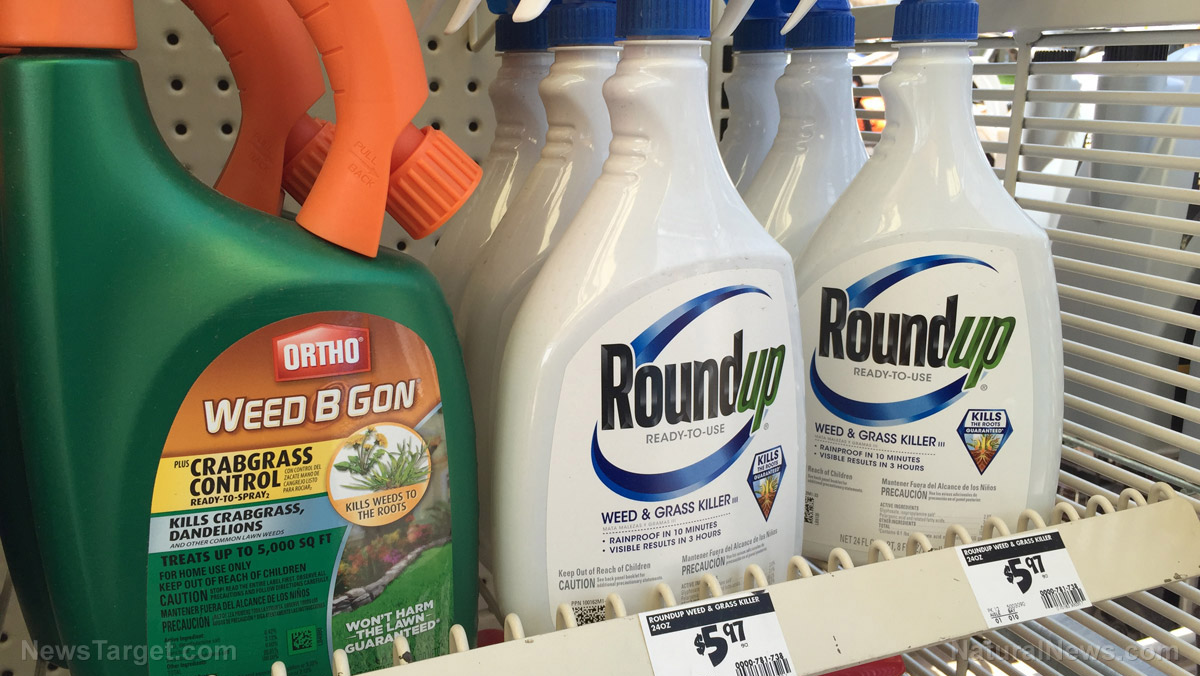 (Natural News)
One of the only things the Biden regime has done so far in the best interest of Americans is under attack by the chemical industry because it cuts into herbicide profits.

Bayer, the new owner of the Roundup (glyphosate) formula formerly owned by Monsanto, is challenging a decision by the U.S> Department of Justice (DoJ) to not review a decision by the courts acknowledging the fact that Roundup causes cancer.

After the DoJ announced that there is “no sound reason” for the high court to review Bayer’s loss in nationwide Roundup cancer litigation, Bayer along with a coalition of large agricultural companies and groups shot back with calls for Joe Biden to arbitrarily withdraw the DoJ’s opinion.

Bayer acquired Monsanto in 2018 and also took on a litany of legal cases centering around the company’s Roundup formula causing non-Hodgkin lymphoma (NHL). Bayer of course denies the link, even though it did not even manufacture the formula and really knows nothing about it.

Evidence shows that Monsanto knew about the cancer link, though, possibly for decades before lawsuits were filed against it. Bayer is hoping to bully the Biden regime into turning a blind eye and pretending as though Roundup is “safe and effective” at killing weeds but not humans.

Bayer had petitioned the Supreme Court to take up the case, but Solicitor General Elizabeth Prelogar advised the court on May 10 in a briefing not to comply. She wrote that Bayer’s petition is “misconceived” and that there is absolutely no reason for SCOTUS to obey Bayer’s commands.

In response, Bayer sent what The Defender describes as a “blistering letter to Biden” that calls Prelogar’s decision a “new policy” that “poses great risks to our science-based regulatory system and global food systems.”

Bayer wants Biden to immediately withdraw Prelogar’s brief and “consult with the U.S. Department of Agriculture regarding the implications of this decision for food production, environmental sustainability, and science-based regulation.”

Many other signatories joined Bayer’s letter, which is not a surprise considering that many of them have been financially tied to Bayer and / or Monsanto for many, many years.

“We are concerned this monumental change in the federal government’s policy will not just threaten science-based regulation, but it risks undercutting food production and important environmental practices at a time when we cannot afford to hinder either,” the letter reads.

As it stands, the legal system in the United States now recognizes, at least at the level of the U.S. Court of Appeals for the Ninth Circuit, that Roundup and other glyphosate-containing herbicides and pesticides do, in fact, cause cancer.

Numerous plaintiffs have already won legal cases against Bayer after they developed cancer. One of them, the case of Edwin Hardeman, resulted in an award of $80 million that was cut by the trial court judge to about $25.5 million.

“This letter is yet another Hail Mary attempt for Monsanto to deny its responsibility for injuring so many people,” says Hardeman lawyer Aimee Wagstaff about Bayer and the chemical industry’s bullying of the Biden regime. “It is too little too late.”

Bayer, meanwhile, continues to play dumb about the link between glyphosate and cancer. It insists that Roundup and glyphosate are perfectly safe, and that it did nothing wrong by failing to put a cancer warning on these products.

More related news about the Roundup saga can be found at Glyphosate.news.