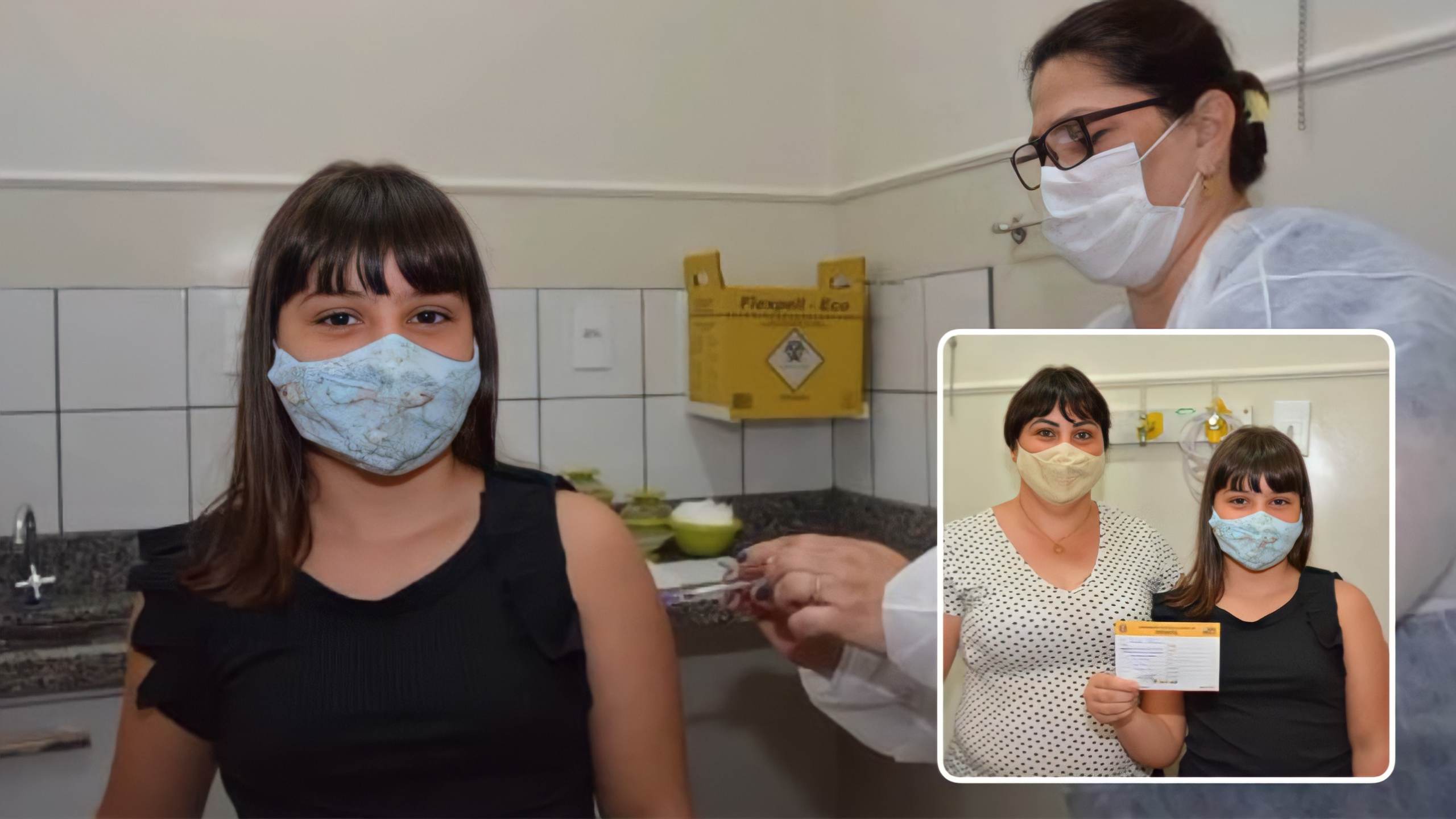 A 10-year-old girl from São Paolo, Brazil has suffered a cardiac arrest and was in critical condition 12 hours after taking a dose of the Pfizer vaccine, the Covid World reported.

Luisa Petenuci took the Pfizer shot on Tuesday, January 18th in Lençóis Paulista, São Paulo. After 12 hours, she suffered a cardiac arrest and collapsed on her father’s lap.

“She took the vaccine in the morning, and at 9 o’clock at night she came to my room saying that her heart was beating very hard, when I put my hand, it was something unbelievable. She fainted on my lap,” says the police officer [translated].

The father concluded in his voice message not to vaccinate the kids due to its risks.

The father recalls that he tried to provide first aid to his daughter, and took her to receive medical care. “I handed over my dead daughter, trying to massage, breathe, but she only managed to return with the fryer.”

During the voice message, Claudimar still says he does not want this situation for any father. “I want no father to go through what I’m going through.”

The girl was part of the priority group of children who could receive the vaccine because she has asthma, and had pneumonia more than twice in the last year. She took the Pfizer immunizer for children, approved by Anvisa on December 16.

Luisa was taken to a private health network for medical care, where she received first aid and was transferred to the Pediatric ICU at Unimed Hospital in Bauru on Friday. She will undergo an MRI exam on Monday, January 24th as recommended by her anesthesiologist.

“I am anxiously awaiting the result of this exam so that I can take care of my daughter and see the path we are going to follow. Only this resonance that she will do on Monday will be able to give us the final diagnosis”, says the father.

Following the incident, the municipality of Lençóis Paulista suspended for 7 days the vaccination of children aged between 5 and 11 years old. However, the vaccination for adults will continue as normal.

The Government of São Paulo and the Ministry of Health claimed that the cardiac arrest was not caused by the COVID vaccine and the minor had a ‘previously unknown’ heart problem.

The health authorities of the Brazilian state of Sao Paulo ruled out this Thursday the relationship between the anticovid vaccine and cardiac arrest suffered by a minor of 10 years 12 hours after having received the immunizer and that led to the suspension of childhood vaccination in an entire city.

“It was concluded that it is not an adverse event to the vaccine. There is no relationship with the immunizer supplied. What was discovered, unfortunately, was a problem in the heart (of the minor) of which the parents were not aware, “said the Secretary of Health of Sao Paulo, Jean Gorinchteyn, at a press conference.

“From the moment we were officially informed of the occurrence, which was a cardiorespiratory arrest in a female minor 12 hours after being vaccinated, we immediately set up a technical-scientific committee of 10 specialists to assess what put that girl at risk”, detailed Gorinchteyn.

Got any tips? Email us at [email protected]. Please follow our Telegram channel to get the latest news updates: https://t.me/gatewaypunditofficial