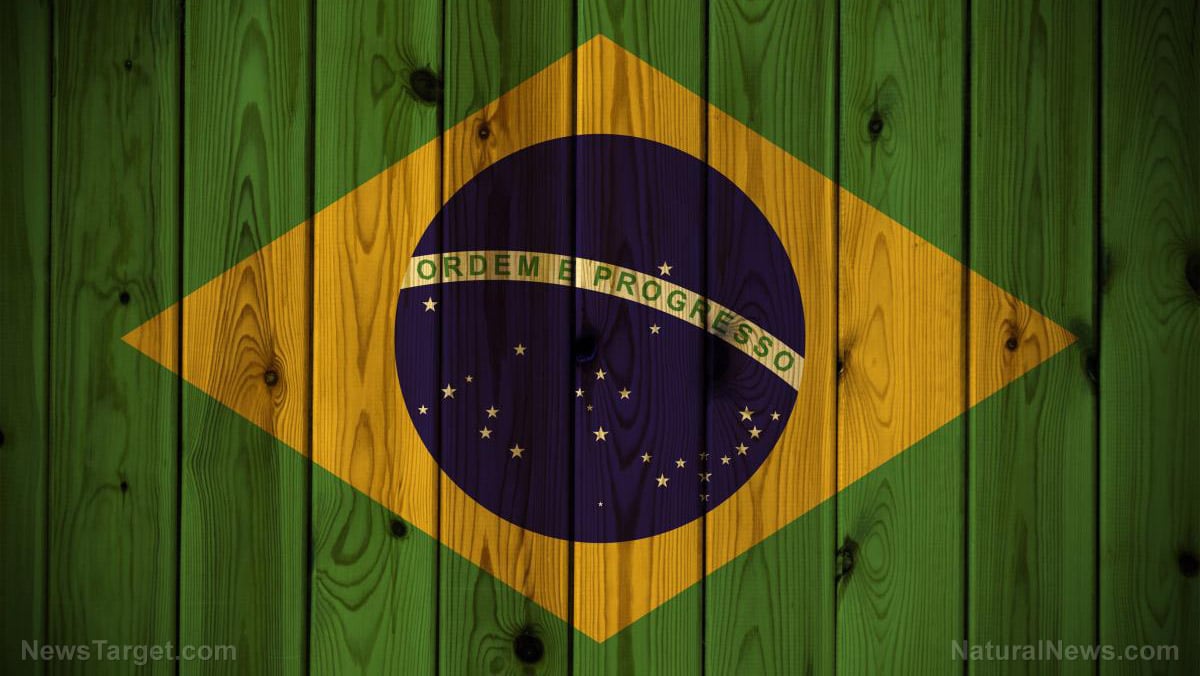 (Natural News)
The Brazilian military has declared that incumbent President Jair Bolsonaro is the country’s true leader, backing the Brazilian people. This declaration came amid a blackout by the mainstream media (MSM) following Bolsonaro’s loss to his leftist rival Luiz Inacio Lula Da Silva during the country’s rigged Oct. 30 runoff.

According to a Revolver News report, the populist Bolsonaro is now huddling with the military to plot his next moves. It added that he has exhausted his legal options, with his election appeal being rejected by a corrupt justice of the Supreme Federal Court appointed by the opposition.

Alongside this, Brazilians have taken to the streets to voice out their displeasure toward the rigged elections that propelled Lula to a second stint in the federal capital Brasilia. “Truckers are blocking all highways. Farmers have blocked all ports from exporting agriculture,” the Revolver News piece said.

The protesters reiterated that their demands for the armed forces to step in is backed by Article 142 of the Brazilian Constitution, which states that the military has the role of “guaranteeing constitutional powers” under the “supreme authority of the president.” But the New York Times, an MSM publication, simply downplayed this provision by saying that it “does not allow the military to take control of the government” citing “constitutional lawyers and past court rulings.”

“The widespread protests and calls for the armed forces were an escalation of the … refusal [of Bolsonaro’s supporters] to accept the election of [Lula], a former president who many … view as a criminal because of his past corruption scandal.”

The Times reported that Bolsonaro “did not acknowledge his loss” to Lula and “supported peaceful protests inspired by ‘feelings of injustice in the electoral process’” in a two-minute speech. Many of the incumbent president’s followers considered the speech as a stamp of approval.

“What he said … gave me more energy to come [to protests],” said 22-year-old Larissa Oliveira da Silva. “After [Bolsonaro’s] comments, I saw that he is on our side.”

Pro-Bolsonaro protesters punished by having their bank accounts frozen

While supporters of Bolsonaro joined protests and exercised their right to free expression, Lula’s leftist allies in Brasilia retaliated by freezing the bank accounts of some major supporters who took part in the demonstrations.

Alexandre de Moraes, a justice of Brazil’s high court, ordered the freezing of more than 40 bank accounts owned by people and companies connected to the protests. The magistrate justified his tyrannical actions by arguing that “repeated abuse of the right to assemble” merited the suspension of the protesters’ accounts. (Related: Brazilian government under Leftist Lula freezes bank accounts of anti-election fraud protesters.)

“It is necessary, appropriate and urgent to block the bank accounts of those investigated, given the possibility of using resources to finance illicit and undemocratic acts, in order to stop the injury or threat to law,” Moraes explained. “Those who, by criminal means, have been taking part in anti-democratic acts will be treated like criminals.”

“With his silence, he keeps people in the streets. This is the great advantage he has today – a very mobilized and very radical base.”

One demonstrator, however, remarked that the populist Brazilian leader need not talk too much.

Joelma, a 49-year-old woman who participated in a protest outside a military facility in Rio de Janeiro, said: “We understand perfectly well why [Bolsonaro] doesn’t want to talk. They [the MSM] distort his words.”

Uprising.news has more stories about the ongoing anti-Lula protests in Brazil.

Watch Stew Peters as he discusses the rigged elections in Brazil with Jovem Pan journalist Marco Antonio Costa below.

Election winners in Brazil who are accused of spreading “disinformation” online will now have their wins nullified.

Criminal chaos in Brazil sheds light on likely future for America when Trump starts arresting the criminal traitors of the deep state.