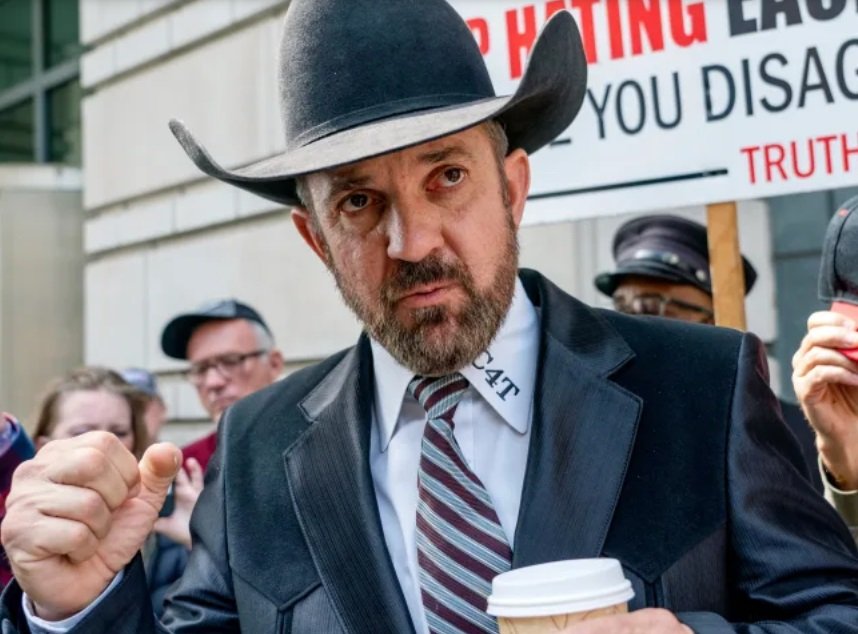 In apparent retribution for calling out the illegitimate voting machines used in New Mexico and decertifying the recent primary election, New Mexico Otero Commissioner Couy Griffin was sentenced today to 14 days in jail for peacefully protesting the stolen 2020 Election.

Reminder: in tyrannical and communist regimes, if you stand up and call out their crimes, they punish you, throw you in jail and attempt to destroy you.

Couy Griffin is an American patriot.  He’s a county commissioner in Otero County, New Mexico.  Last week Couy heard attorney David Clement and his wife Erin present the argument that the results in their county and any county in New Mexico should not be certified because the machines used in the election do not comply with New Mexico law.   Couy and his fellow commissioners voted to not certify the recent primary results.

TRENDING: It Was 50 Years Ago Today: Roger Stone Sets the Record Straight on the Watergate Break-in and President Richard Nixon

The same commissioners voted to remove Dominion voting systems from their election and go to paper ballots.  This too was due to the non-compliance with state laws that the machines possess.

In what appears to be a calculated effort to destroy Commissioner Griffin, the judge representing the corrupt Jan 6 Committee sentenced Griffin today for protesting the 2020 Election steal on Jan 6.  Griffin did nothing wrong but this doesn’t matter to today’s Democrats and RINOs.  Their efforts are to destroy any attempts to address the 2020 Election fraud.

He was sentenced to 14 days with time served, fined $3,000 and given one year supervised release with the requirement that he complete 60 hours of community service.

Griffin was videotaped at the Capitol saying he “has Mike Pence in our prayers” and hoped that Pence would “do the right thing” and argued during his trial that he was peaceful on January 6 and even calmed a group of rioters by leading them in prayer.

The New Mexico Secretary of State, rather than perform the duties of her position, and address the issues with the voting systems used in her state, went to the Supreme Court to force the counties to certify the illegitimate results in the recent primary.  The Supreme Court agreed with the corrupt Democrat politician and ruled that all primary elections should be certified.

This odd ruling took away the County’s right to protect their elections and prevent fraudulent or illegitimate election results from being certified.  The New Mexico Supreme Court disagreed.

On Friday, Otero county’s commission voted to certify the results.  They were threatened by the Secretary of State with jail time and they thought they could do better not working from jail.  Couy Griffin maintained his ‘no’ vote.

What needs to be done in New Mexico is the counties need to join together and petition the state Supreme Court from mandating that they certify election results that are in conflict with the state’s laws.  Certain things must take place in an election per their regulations and they are not taking place.  Certifying these results allows illegitimate results to be certified.

Please contact these counties and ask them to certify only legitimate results in elections.