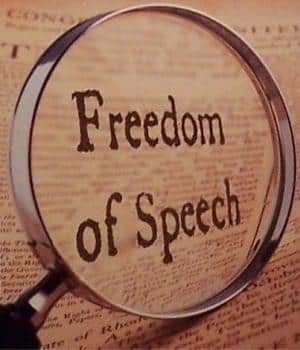 Today in Federal Court, Attorney General Ken Paxton and the American people scored a huge victory regarding censorship and banning of individuals based on their viewpoint.  The Gateway Pundit is also involved in a free speech lawsuit of their own in Missouri v. Biden.  This victory from AG Paxton will certainly help TGP’s case moving forward.

BREAKING: I just secured a MASSIVE VICTORY for the Constitution & Free Speech in fed court: #BigTech CANNOT censor the political voices of ANY Texan! The 5th Circuit “reject[s] the idea that corporations have a freewheeling First Amendment right to censor what people say. pic.twitter.com/UijlzYcv7r

The case before the US Court of Appeals for the Fifth Circuit was regarding House Bill 20, which “generally prohibits large social media platforms from censoring people based on the viewpoint of its speaker.”  Judge Andrew S. Oldham opined that while “the platforms urge us to hold that the statute is facially unconstitutional and hence cannot be applied to anyone at any time under any circumstances,”…”today, we reject the idea that corporations have a freewheeling First Amendment right to censor what people say.”

This opinion could have massive implications both in the social media sphere, and beyond, such as the NFL players banned from wearing a Thin Blue Line Flag on their helmet after 5 police officers were killed in Dallas, TX in 2016.  Florida, last year, passed a similar bill that would stop social media platforms from de-platforming individuals, especially those in the media and candidates for political office.  The bill was ultimately stopped from being implemented by Judge Robert Hinkle of the United States District Court for the Northern District of Florida.  In this case, Judge Hinkle said:

TRENDING: THAT WAS QUICK: Buses Arrive at Martha’s Vineyard and DEPORT Illegals Off the Island (VIDEO)

This is a major victory in an ongoing battle over censorship and protections afforded to these tech oligarchs via Section 230 of the 1996 Communications Decency Act.  The lopsided bill offers liability protections for the “providers” but no reciprocation to the People to ensure that they aren’t discriminated against based on personal ideologies, despite the bill stating that “the Internet and other interactive computer services offer a forum for a true diversity of political discourse, unique opportunities for cultural development, and myriad avenues for intellectual activity.”

Judge Oldham touches on this concept in his opinion:

“The implications of the platforms’ argument are staggering.  On the platforms’ view, email providers, mobile phone companies, and banks could  cancel the accounts of anyone who sends an email, makes a phone call, or spends money in support of a disfavored political party, candidate, or business.  What’s worse, the platforms argue that a business can acquire a dominant market position by holding itself out as open to everyone – as Twitter did in championing itself as “the free speech wing of the free speech party.”  Then, having cemented itself as the monopolist of “the modern public square”, Twitter unapologetically argues that it could turn and ban all pro-LGBT speech for no other reason than its employees want to pick on members of that community.”

Social media has become the new “town hall” of the modern world.  To give these companies protections from being sued for something a user said while allowing them free reign to determine what they will allow people to publish is an utter failure by our legislature to protect the interests of the People over those of corporations.  We saw in the 2020 election how this unchecked power to censor free speech was used against conservatives and President Donald Trump by covering up the New York Post’s story about the Hunter Biden laptop.  We saw it personally at The Gateway Pundit numerous times, but most recently when a reader reached out to tell us our recent article about ballot harvesting in Tarrant Co, TX was mysteriously deleted from her original Tweet:

Justice Clarence Thomas has implied that social media platforms need to be treated as “common carriers”, much like your cell phone.  This may be exactly the case that Justice Thomas was looking for when he said:

“Also unprecedented, however, is the concentrated control of so much speech in the hands of a few private parties. We will soon have no choice but to address how our legal doctrines apply to highly concentrated, privately owned information infrastructure such as digital platforms.”

I’m sure the conservative Supreme Court will get an opportunity to chime in on this one.  In the meantime, this a huge victory for Texan and Americans!