BREAKING: NIH Director Francis Collins Resigns After Documents Reveal He Lied About His Involvement with Gain-of-Function Research in Wuhan Lab 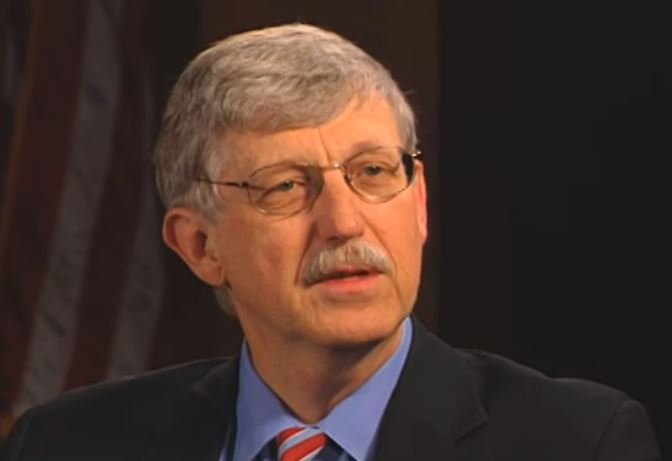 NIH Director Dr. Francis Collins on Tuesday resigned just a few weeks after documents exposed he lied about his involvement in gain-of-function research in the Wuhan lab.

“It has been an incredible privilege to lead this great agency for more than a decade,” Collins said in a statement.

“I love this agency and its people so deeply that the decision to step down was a difficult one, done in close counsel with my wife, Diane Baker, and my family. I am proud of all we’ve accomplished. I fundamentally believe, however, that no single person should serve in the position too long, and that it’s time to bring in a new scientist to lead the NIH into the future. I’m most grateful and proud of the NIH staff and the scientific community, whose extraordinary commitment to lifesaving research delivers hope to the American people and the world every day.”

Recall, Francis Collins over the summer said parents should wear masks at home in front of their unvaccinated children.

TRENDING: “Pandora Papers”: The Left-Wing Media are a Tool for Soros and They’re Too Dumb to Notice

Collins conceded that it “may sound weird” that people should wear masks in their homes, but he advised it anyway.

“Parents of unvaccinated kids should be thoughtful about this and the recommendation is to wear masks [at home] as well,” Collins said. “I know that’s uncomfortable. I know it seems weird but it is the best way to protect your kids.”

In June, Francis Collins admitted to radio host Hugh Hewitt that the US collaborated with the Wuhan Virology Laboratory.

Dr. Collins then went on to defend the researchers and the virology lab in Wuhan, China.

“The documents make it clear that assertions by the NIH Director, Francis Collins, and the NIAID Director, Anthony Fauci, that the NIH did not support gain-of-function research or potential pandemic pathogen enhancement at WIV are untruthful,” Rutgers University chemical biology professor Richard Ebright said.

The documents make it clear that assertions by the NIH Director, Francis Collins, and the NIAID Director, Anthony Fauci, that the NIH did not support gain-of-function research or potential pandemic pathogen enhancement at WIV are untruthful.