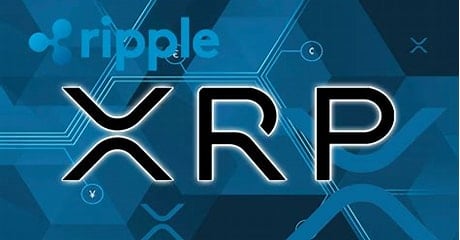 A letter sent from the SEC (Securities and Exchange Commission) to the judge in the Ripple case initiated hours before the former SEC Chairman Clayton resigned, requests that a former SEC official not have to provide information on the case in a deposition.

Last week we reported on the activities the SEC took related to cryptocurrency during the Trump Administration.  Former SEC Chairman Jay Clayton was at the center of the story.

BREAKING EXCLUSIVE: Did Opportunists In the US Cede to China Crypto-currency Like Others Did Biowarfare Technology?

Pundit Seekingalpha.com believes the former Head of the SEC may have done this:

While at the helm of the U.S. Securities and Exchange Commission (SEC), former Chairman Jay Clayton (pictured below) made a mess of the digital economy. Clayton’s actions in office resulted in stalling U.S. cryptocurrency and blockchain innovations, dampening a burgeoning industry, and enabling China to race out in front. Digital money is here to stay, and instead of making efforts to provide clarity and structure for the future of American-made innovation in this space, Clayton’s SEC kept everyone guessing on the rules while picking clear winners and losers among the biggest coins.

But what if Clayton’s approach was intentional? What if the lawsuits, the flip-flopping, and the uncertainty all weren’t from a lack of knowledge or resources but rather a well-thought-out strategy to advance his financial interests? Thankfully for us, Clayton and his deputies left behind a factual trail that can provide an opportunity for a course correction on U.S. crypto policy, as well as accountability if wrongdoing was indeed afoot.

On December 22, Clayton dropped an 11th-hour lawsuit against crypto innovator Ripple Labs. The announcement of this lawsuit came just 12 hours before Clayton resigned from the SEC. As with other administrations, Clayton may have hoped to file the suit and walk away, never to hear of it again. But his decision to sue Ripple labs sent shockwaves throughout the crypto community, and after a closer look, it appears Clayton left us clues that point to a larger story reeking of self-dealing, possibly even corruption.

Even before he was confirmed in the post in 2017, Clayton had been tagged “the most financially conflicted SEC chairman in history.” Accusation doesn’t equal guilt, but the facts made the label stick. In 2014, Clayton, then partner at the Wall Street firm Sullivan & Cromwell, and William Hinman, then partner at Simpson Thacher, helped Chinese tech giant Alibaba explode onto the New York Stock Exchange (NYSE). This helped a company with proven links to the Chinese Communist Party better position itself with the world’s leading digital payments application: Alipay. For years, the U.S. crypto industry has been trying to disrupt that digital payments space – chief among them has been Ripple. The XRP distributed ledger, which Ripple uses for its digital payments solutions, had only just debuted a year before Clayton and Hinman [Clayton’s right hand man at the SEC] helped engineer Alibaba’s market debut.

As we reported last week, the industry is lacking regulations and definitions for what is a currency and what is an investment.  Pundit Seekingalpha.com continues:

In 2018, Clayton made his own declaration in a CNBC interview that Bitcoin is not a security, and like Hinman’s comments on Ethereum, this action sent Bitcoin’s price skyrocketing. Both of these coins, anointed as free of regulatory risk by Clayton and Hinman, are proof-of-work cryptocurrencies. This label means they are “mined”, while XRP is designed to skip the costly and energy-consuming mining process and generate faster transactions. Was it a coincidence that after both officials declared Bitcoin and Ethereum to not be securities and increased market interest in them, Simpson Thacher took a Chinese company public that manufactures crypto mining equipment?

It is well documented that a hedge fund named One River Digital Asset Management made a billion dollar bet on Bitcoin and Ethereum after Clayton’s SEC declared they are not securities. Soon after, Clayton filed the SEC lawsuit against Ripple that crashed the value of the leading non-mined token, XRP, alleging that it has been an unregistered security for 7 years. Weeks later, One River hired Jay Clayton to a senior position at the hedge fund. Hinman is now back at Simpson Thacher. Now, China has rolled out its own sovereign digital currency, the Digital Yuan, a means by which it intends to use to gain a competitive advantage over western crypto innovators like Ripple. It was activated on Alipay in May while Ripple battled the SEC lawsuit in the Southern District of New York.

Yesterday a letter was sent from the SEC to the judge in the case initiated by former SEC Head Clayton asking that an individual who used to work for the SEC be allowed not to have to provide testimony in a deposition requested (by Ripple) in this case.

This means that Ripple wants to question, under oath (deposition), a former SEC official. The SEC objects to the deposition, the parties could not work out their differences, and they want MJ Netburn to decide if it will happen. We do not know who the former SEC official is. Yet.

We learned during the Trump years that the US government is full of corruption.  Wherever President Trump turned there was corruption.  The SEC appears to be one of those places.