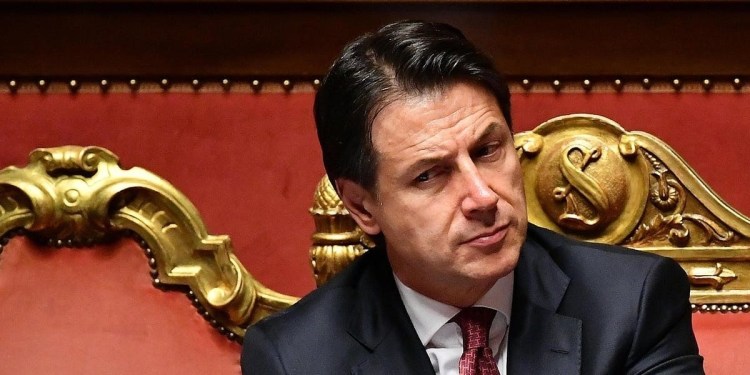 COMMON SENSE: With just two weeks to go in the Trump Presidency, why would Senator Chuck Schumer (D-NY) ask for the 25th Amendment to be invoked? Why would Schumer want Trump removed from office? With so little time left, doesn’t this seem odd to you? It feels more like a dramatic moment in a soap opera than a necessary action to be taken. After all, Joe Biden is now the President-Elect. Because he has official status, what’s the big deal about hounding Trump out of office? Could there be a reason for this. There is. Let me tell you what it is.

While Antifa was rampaging through the Capitol during Biden’s ratification, pretending to be Trump supporters, across the ocean in Rome, Italy, Arturo D’elio, an employee at Leonardo SpA, was busy providing sworn testimony in court. Where D’elio works is important. Leonardo is the world’s eighth largest defense contractor, and Italy is a member of NATO.

In his deposition, D’elio revealed the scheme that proved to be successful in using Leonardo computer systems as well as military satellites located in Pescara, Italy. D’elio’s hi-tech equipment altered the election results in the 2020 Presidential Election in the United States. D’elio swore under oath that he altered results in seventeen states—that’s right, seventeen, not just the six swing states.

>Those who participated in this scheme were not minor players. Italy’s Prime Minister, Giuseppe Conte, was involved. So were officials at the U.S. Embassy in Rome. MI-6 and the CIA were involved. Others were involved too, household names in the USA, but revealing those scoundrels will have to wait.

What we have here is not just the smoking gun. It’s the confession of the person who used the gun. His sworn testimony is evidence, the very thing we have long awaited. We have always known that votes were altered. Now, we know not only how it was done but also who the people were who were responsible for changing the election’s outcome. We have proof about who stole votes from Trump and gave them to Biden.

The scandal this has produced in Italy is so large that Conte’s government will probably fall. It should. That this has happened is being repressed by the U.S. media. No surprise about this but, because this is the biggest story since Pearl Harbor, I don’t believe it can be swept under the rug. The bad guys, those like Chuck Schumer and even some Republicans, know it’s coming. This is why they want to get rid of President Trump once and for all.

This discovery may have come too late, but maybe not. Perhaps there is still time to save our republic. Share this far and wide. I’ve provided links to the evidence and to the analysis. While writing this, Numbers 32:23 came to mind. “Be sure, your sin will find you out.”

All roads lead to Rome.