BUSTED! MASKLESS School Board VP Caught on VIDEO Singing At Crowded Karaoke Bar After Accusing Fellow MI School Board Members of Spreading COVID Because They Won’t Wear Masks To Meetings 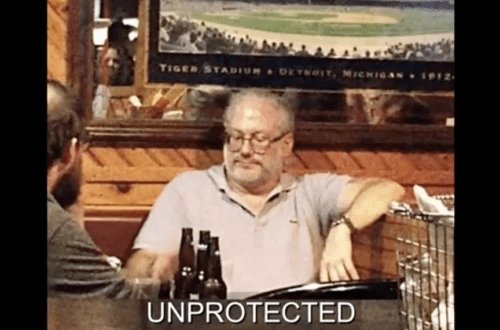 100 Percent Fed Up Exclusive – Parents and residents of communities across Michigan are fighting back against mask mandates. And they’ve had enough of the tyrannical rule by both elected and unelected officials in their state.

Macomb County Executive Mark Hackel ignored mask mandates for students and daycares in neighboring counties and is leaving the decision up to parents about whether or not their kids wear masks to school or in a daycare setting.

“(We’re) giving people the opportunity for choice,” Hackel said. “So, if a kid wants to wear a mask, whether their school does or doesn’t, they can. If parents what their kids to wear masks, they may or may not … But in the schools that are saying it is required, you must wear a mask; obviously, that’s going to be something that the kids have to do.”

One school board member who’s been especially vocal about forcing kids and adults to wear masks is Lakeview’s School Board Vice President Donald Wheaton Jr.

Lakeview schools are located in Macomb County, MI, a county that went solidly for Trump in 2016 and again in 2020.

During a September 14, 2021 school board meeting, Mr. Wheaton went off on a rant against fellow school board members who refused to wear masks to the meeting.

A parent in the Lakeview Schools created a video that shows the school board vice president ranting at fellow board members and then singing maskless in a local karaoke bar in July and again in October was shared exclusively with 100 Percent Fed Up.

The video segues to a clip that reveals a maskless Wheaton singing karaoke in Sabby’s Lounge on July 17, 2021.

Curiously, Wheaton tells fellow board members he skipped the school board meeting one month after his maskless karaoke performance because he knew they wouldn’t be wearing masks.

“So, yeah. I’m sitting here with a mask on. I did not come in August because of that fact. I  knew there would be people here without masks on, who had not been vaccinated!” the condescending VP said.

The video again, shifts to a crowded, noisy Sabby’s Lounge, showing Wheaton at the microphone singing an Elton John song.

The video shifts to yet another karaoke performance on October 7, at the same busy bar.

In true liberal fashion, Mr. Wheaton pivots to a nonsensical and emotional argument, “I have friends who are vaccinated fully and have ended up on oxygen because they got COVID because they were with somebody who refused to mask up, in spite of all of the evidence to the contrary.”

He saves the best for last, “Fauci,  you will remember, followed the science during the HIV crisis. And what was the recommendation then and still to this day? Wear a condom!” Wheaton shouts at his fellow school board members.

“Call this a facial condom!” the amateur comedian tells them.

Parent catches him on video TWICE (before and after statement) singing MASKLESS in crowded karaoke bar! 😫 pic.twitter.com/i20loUSzX4

The video ends with an image of the maskless Mr. Wheaton sitting in the karaoke bar.

It looks like the condescending Mr. Wheaton’s got some explaining to do…