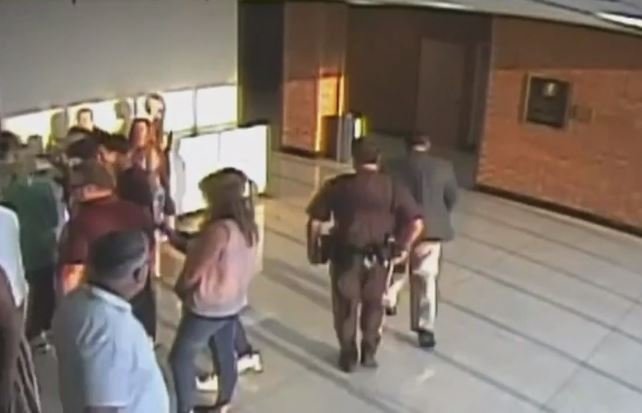 Last week St. Louis County Commissioner Sam Page implemented a mask mandate once again in the county due to the COVID delta variant. The mandate ended on its second day.

On Tuesday night, only a day after the mandate went into effect in the St. Louis city and county, the mandate was overturned in a 5-2 vote.

But the story did not end there.
St. Louis County Health Director Dr. Faisal Khan testified at the meeting for dirtbag Sam Page in favor of facemasks. When he left the contentious meeting Dr. Khan claimed he was physically pushed and had racial slurs shouted at him during a contentious county council meeting Tuesday.

The fake news ran with the story.
Dr. Khan, who was behind the mask mandate, claimed the local citizens shoved him and screamed racial slurs at him as he left the building.

He was invited on MSNBC to tell his story.

“The County Council should investigate the allegations from Mr. Kahn. If evidence of what he claims is found then it should be addressed. Surely this is all on tape. If there is no evidence of what he said, then Mr. Kahn should be dealt with in an appropriate manner. What city in America wants a Health Director who lies?”

It was all a lie.

In fact, it was Dr. Faisal Khan who flipped off the crowd at the meeting!

The officer who escorted the doctor out of the room is willing to testify against liar Dr. Khan.