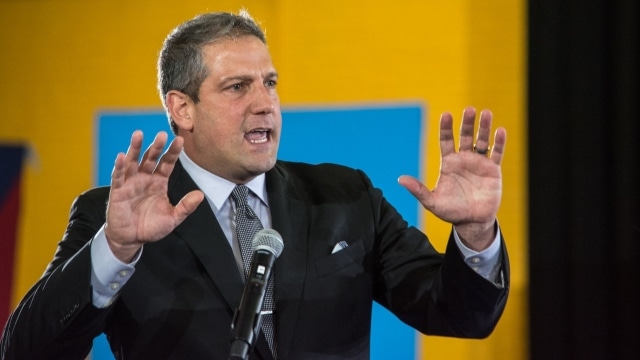 (Natural News)
A Democratic congressman running for an open U.S. Senate seat in Ohio has made it clear his intent isn’t just to win his race but to destroy Republicans in the process, which means attacking at least half the country.

In an interview with the far-left libtards of MSNBC, Rep Tim Ryan, whose Republican challenger is Trump-backed “Hillbilly Elegy” author J.D. Vance, declared war on ‘MAGA Republicans,’ which literally means every American who voted for the former president who was removed from office through cheating. Ryan literally said the “exhausted majority” needs to “kill and confront” the MAGA movement.

“What is your message to Ohio Republicans in this general election who may look at J.D. Vance and say I don’t like the way he’s running the campaign, maybe I don’t like the guy, and they’re giving you a look?” asked co-host Willie Geist.

“I’m one of the most bipartisan members of Congress,” Ryan claimed. “The last two congresses, I have been in the top 10% of most bipartisan. I want to work across the aisle. Look, Democrats aren’t right on everything, and I’m willing to sit down and have conversations about how we can move out of this age of stupidity and into an age of reconciliation and reform. How do we fix all of these broken systems.”

His “10 percent” statement is a complete lie. More on that below.

“Some of those answers will come from Republicans, not the extremists that we are dealing with every single day,” Ryan continued. “We’ve got to kill and confront that movement, but working with normal mainstream Republicans, that’s going to be really, really important.”

“I’m saying exhausted majority, Democrats, Republicans, Independents against the extremists, leading an era of reform around reconciliation so we can heal this country and move into the future,” Ryan noted further. “Again, I don’t have a billion-dollar donor to fund me. I need low-dollar people who can go to my website and chip in a couple of bucks and help us put this extremist movement to bed so we can move on with being Americans again.”

First and foremost, Ryan’s “exhausted majority” claim is also false; a brand-new survey found that even Democrats don’t like the inflammatory “MAGA Republicans” description first mouthed by Joe Biden and picked up on by loyal leftist foot soldiers like Ryan and the talking heads in the mainstream media.

According to a survey of 1,277 U.S. adults, conducted by I&I/TIPP between September 7-9, nearly two-thirds of Americans, 62% agreed that the White House’s attacks on so-called “MAGA Republicans” increase division in the country, while just 29% disagreed. Majorities of Americans also agreed that Biden’s attacks on “MAGA Republicans” endangers Americans’ First Amendment Rights, and was a politically biased use of the office.

“President Biden’s recent comments about Trump supporters espousing ‘semi-fascism’ and accusing the former president’s followers of representing ‘an extremism that threatens the very foundations of our republic’ shocked many Americans,” the outlet reported. “Now, despite White House denials of ill intent, a majority of voters call Biden’s remarks divisive.”

Also, Ryan’s claim of ‘reaching across the aisle’ most of the time is patently false, as noted in an op-ed recently published by the Cincinnati Enquirer.

“In just the past two years, he’s voted to federalize elections, admit Washington, D.C. as the 51st state, impose onerous new background check requirements on gun owners, and grant mass amnesty to millions of illegal immigrants, in addition to co-sponsoring legislation that would restrict the right of states to legislate on abortion, and voted in favor of President Joe Biden’s $3.5 trillion ‘Build Back Better’ Act,” it says.

“In fact, Ryan has voted with President Biden and House Speaker Nancy Pelosi 100% of the time this Congress ? including on the $1.9 trillion inflation-causing ‘American Rescue Plan’ that even liberal economist Larry Summers called the ‘least responsible’ economic policy in 40 years,” the op-ed continued. “Unsurprisingly, and in recognition of his far-left voting record, Ryan has received the endorsement of progressives like Alexandria Ocasio-Cortez and held a virtual fundraiser with Hillary Clinton earlier this year.”

So much for ‘moderate.’

Democrats have thrown down the gauntlet: They hate half the country and have declared war on them by trying to claim the ‘high ground.’ This will not end well.