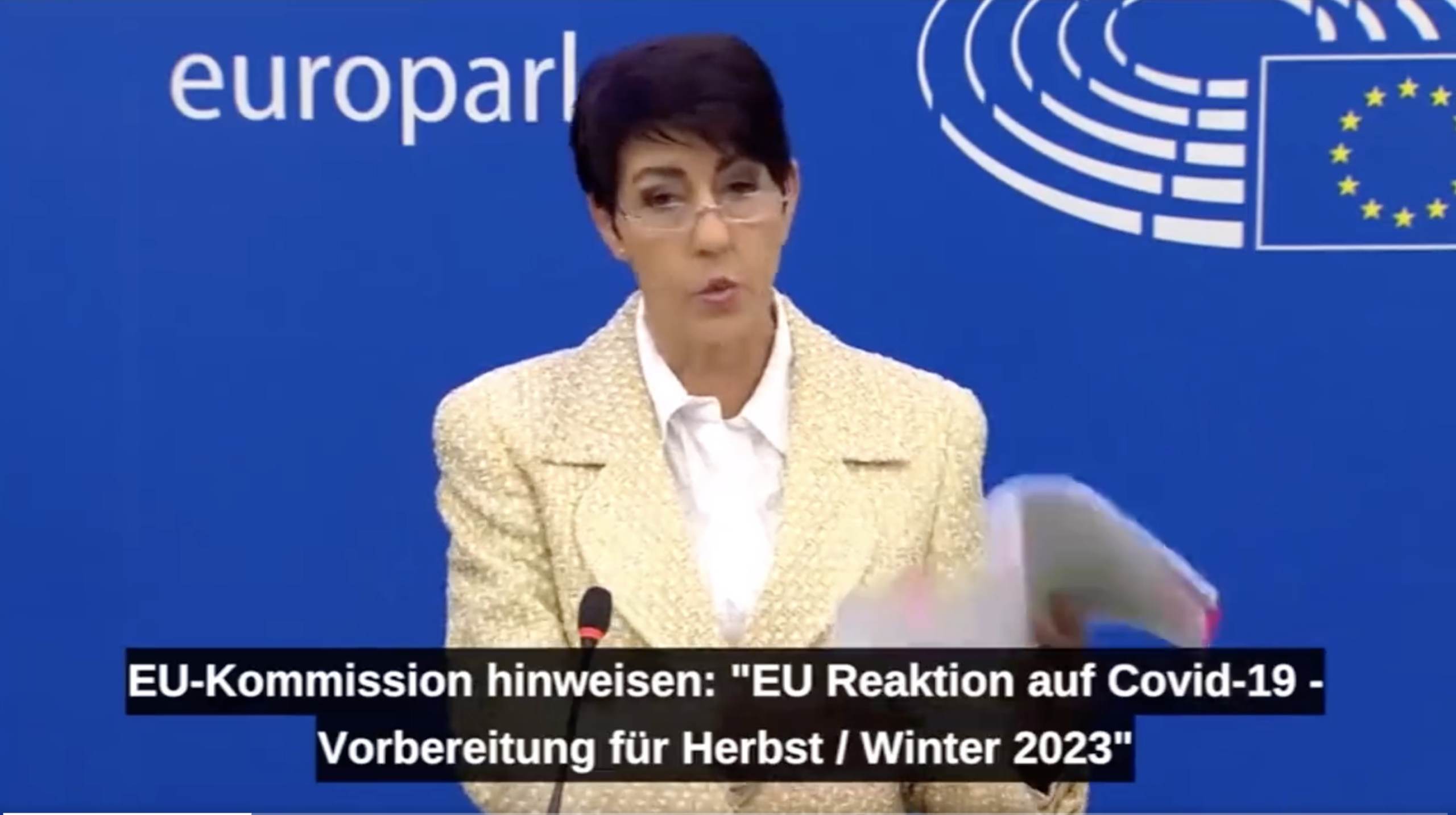 EU Parliamentarian Christine Anderson: “It was all a gigantic lie.”

The EU Public Prosecutor’s Office (EPPO) will investigate the EU’s sham deal with Pfizer to purchase 1.8 billion doses of the untested vccine at a cost of €35 billion. EU Parliamentarian Christine Anderson is demanding a criminal investigation of EU Commissioner Ursula von der Leyen’s role in the deal, and a parliamentary investigative committee.

“Was the Pfizer Covid vaccine tested on stopping the transmission of the virus before it entered the market? If not, please, say it clearly. If ‘yes’ are you willing to share the data with this committee? And I really want straight answer, ‘yes or no’ and I’m looking forward to it.”

A #Pfizer representative admitted to me that the #vaccine had never been tested on stopping transmission. I joined @RowanDean (@SkyNewsAust) to discuss the implications of this admission. Now, we need #accountability.

I also respond to accusations by so-called “fact checkers”: pic.twitter.com/PdlLefut06

TRENDING: As Gateway Pundit Reported: Democrat PACs Are Already Tracking 2022 Midterm Votes Cast, By Party, By Age, By County, and Gender –Why Is This Allowed?

Responding to Roos’ questions, Pfizer president of international developed markets Janine Small answered “No. We had to really move at the speed of science.” – A comment widely mocked, including by Tucker Carlson and Spectator Australia editor Rowan Dean on Sky News.

I joined @TuckerCarlson to discuss one of the greatest scandals of our time. #COVID passports and mandates placed millions of people outside society. But there was NO evidence the #vaccine would even stop the transmission. This should have massive political consequences: pic.twitter.com/dQQICUKEBK

Now, the European Public Prosecutor’s Office has opened an investigation into the EU’s coronavirus vaccine purchases, as Politico reports. “In April 2021, the New York Times first reported on text messages exchanged between von der Leyen and Pfizer CEO Albert Bourla in the run-up to the EU’s biggest vaccine procurement contract — for up to 1.8 billion doses of BioNTech/Pfizer vaccine. The deal would be worth up to €35 billion if fully exercised, according to leaked vaccine prices.”

Unelected EU Commission President Ursula von der Leyen earned the nickname “Von der Lying” in the UK press in Spring 2021 over disparaging remarks about the British “Oxford jab”, the AstraZeneca vaccine. Now her deleted text messages with Bourla may be subject to a criminal investigation.

“In January this year, the EU’s ombudsman charged the Commission with maladministration for failing to look for the text messages in response to a freedom of information request”, Politico notes. “Without confirming the existence of the texts, the Commission argued in its response that “short-lived, ephemeral documents are not kept.”

Why is this not on the news? The media is completely complicit in this – there’s no confusing that now. pic.twitter.com/3vvSOnxxUl

Speaking in Brussels Oct. 20, MEP Christine Anderson (Identity & Democracy group) said that “it was a gigantic lie that these vaccines would prevent you from catching this virus or prevent transmission. None of that was true, as it turns out. All of the mandates, all of the lockdowns, wearing masks, staying at home, curfews, all of it, was based on that gigantic lie.”