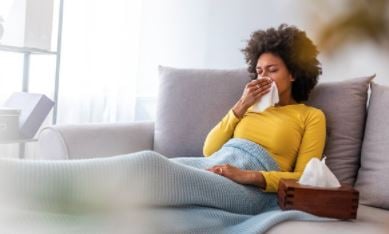 Rep. Thomas Massie (R-KY) tweeted Saturday on a CDC study released on Friday. The study that found there is “limited evidence” to believe the COVID vaccine offers improved protection for those people who already had the disease.

This is not a surprise. This is what doctors always believed before the days of the China Virus and Dr. Flip-Flop Fauci.

Rep. Massie holds a Masters in Mechanical Engineering and founded a technology firm that developed hardware and software that is now used to design automobiles, jewelry, shoes, dental prosthetics, and even reconstructive implants for wounded soldiers.

TRENDING: THEY LAUGH AT YOU: Obama and Liberal Elites Spotted Maskless at His Swank Birthday Gala on Martha’s Vineyard as Rest of the Country Hunkers Down in Pandemic

Yet the window for analyzing the PCR & antigen test data to determine reinfection for the purposes of their contrived MMWR study was from May 1 to June 30… whether asymptomatic or symptomatic!

Instead of saying “vaccinated are possibly less likely to get tested,” why didn’t they try to correct for the more-likely-to-get-tested bias among the unvaccinated vs the vaccinated? Aren’t negative tests retained in the database? If not, there must be some way to estimate bias.