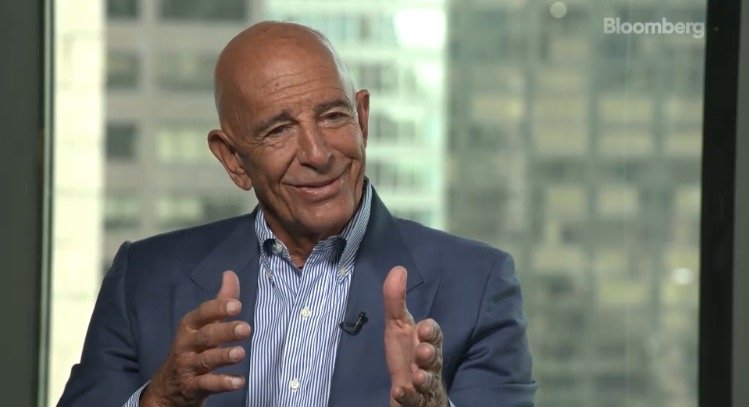 The feds on Tuesday arrested billionaire real estate investor Thomas Barrack, 74 and charged him with acting as an unregistered foreign agent for the United Arab Emirates (UAE).

The feds have been investigating Thomas Barrack for the last couple years.

According to the feds, then-candidate Trump’s May 2016 speech on energy policy caught their attention. The 7-count indictment alleges Barrack “inserted language praising the UAE” into Trump’s speech, and “emailed an advance draft of the speech to Alshahhi for delivery to senior UAE officials.”

TRENDING: Wow. Vice President Kamala Harris Says to Get the Vax Because the Bible Says So (Video)

Barrack was also charged with obstruction of justice and making false statements during a June 2019 interview with the feds.

“The defendants repeatedly capitalized on Barrack’s friendships and access to a candidate who was eventually elected President, high-ranking campaign and government officials, and the American media to advance the policy goals of a foreign government without disclosing their true allegiances,” said Acting Assistant Attorney General Mark Lesko of the Justice Department’s National Security Division. “The conduct alleged in the indictment is nothing short of a betrayal of those officials in the United States, including the former President. Through this indictment, we are putting everyone — regardless of their wealth or perceived political power — on notice that the Department of Justice will enforce the prohibition of this sort of undisclosed foreign influence.”

A seven-count indictment was unsealed today in a New York federal court relating to the defendants’ unlawful efforts to advance the interests of the United Arab Emirates (UAE) in the United States at the direction of senior UAE officials by influencing the foreign policy positions of the campaign of a candidate in the 2016 U.S. presidential election and, subsequently, the foreign policy positions of the U.S. government in the incoming administration, as well as seeking to influence public opinion in favor of UAE interests.

Thomas Joseph Barrack, 74, of Santa Monica, California; Matthew Grimes, 27, of Aspen, Colorado; and Rashid Sultan Rashid Al Malik Alshahhi, aka Rashid Al Malik and Rashid Al‑Malik, 43, a UAE national, are accused of acting and conspiring to act as agents of the UAE between April 2016 and April 2018. The indictment also charges Barrack with obstruction of justice and making multiple false statements during a June 20, 2019, interview with federal law enforcement agents.

Meanwhile Joe Biden, AKA, “The Big Guy,” Hunter Biden and everyone connected to their international money laundering operation remain free.