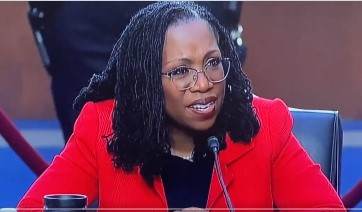 Perhaps most surprising, Hawkins said, was that he found himself feeling sympathy for the judge he had once been angry with for sending him to prison.

“I wasn’t very happy that she gave me three months, though after reflection when I was in jail, I was hearing from other people who said it was their first time arrested and they got five years, six years.

“I feel that she chose to take into consideration the fact that I was just getting started [in life] and she knew this was going to hold me back for years to come regardless,” he said, “so she didn’t really want to add on to that.”

Hawkins says he did not reoffend as has been reported, but that he was caught searching online for non-pornographic photos of undergae teen boys and was pulled back in to a halfway house.

Hawkins acknowledged that he had been in a “dark” place six years after his release from prison, having lost a job at a retail store. He did not dispute a probation petition — sealed in his case but described to The Post — that in 2019, he had searched for non-pornographic material and images of males 13- to 16-years-old, prompting Jackson to send him to the halfway house.

Videos of Sen. Josh Hawley (R-MO) questioning Jackson and reading her own words on the Hawkins case back to her at this week’s confirmation hearing:

Absolutely BRUTAL questions from @HawleyMO to Judge Jackson as he recites her own words back to her:

This was maybe Josh @HawleyMO‘s strongest point in his back-and-forth with KBJ over sentencing of child sex predators — he read from a sentencing in which she said she “feel[s] so sorry for” the perp’s family “and for you and for the anguish this has caused all of you.” pic.twitter.com/oL9CfxeJ6u