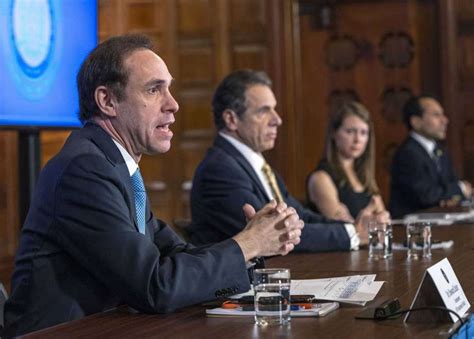 New York COVID deaths from nursing homes were 49% greater than previously reported.  But no worries, the investigation into former Governor Cuomo’s related actions was killed by new Soros-backed Manhattan DA.

TGP reported multiple times in 2020 how Governor Cuomo in New York implemented programs that ordered sick COVID patients back into elderly homes in the state.  As a result, thousands of elderly needlessly died in the state.

Then when the official counts of deaths in state nursing homes were requested from the DOJ, the numbers were fudged (as was confirmed this week in New York).  The numbers reported were about 50% less than the real counts.

The health commissioner under disgraced New York Governor Andrew Cuomo confirmed Thursday that thousands more nursing home residents died of COVID-19 than the state’s official tallies had previously acknowledged, dealing another blow to his image as a pandemic hero.

The surprise development, after the state for months refused to divulge its true numbers, showed that at least 12,743 long-term care residents have died of the virus as of January 19 this year – far greater than the previous official tally of 8,505 as of that day. The 49 percent jump in deaths from what was originally reported marks New York’s toll as one of the highest in the nation.

Those numbers are consistent with a report released just hours earlier by state Attorney General Letitia James charging that the nursing home death count could be off by 49 percent, largely because New York is one of the only states to count just those who died on facility grounds, not those who later died in the hospital.

An investigation into Cuomo’s actions was put in place and Cuomo resigned as governor of the state.  But earlier this month, the investigation into illegal actions by Cuomo related to the huge number of nursing home deaths was dropped.

The Manhattan district attorney’s office has dropped a probe into Andrew Cuomo over allegations he mishandled nursing homes during the initial coronavirus outbreak, the ex-governor’s lawyer said Monday.

Cuomo’s spokesman forwarded a statement from Elkan Abramowitz, an attorney who had repped the governor’s office under Cuomo.

“I was contacted today by the head of the Elder Care Unit from the Manhattan District Attorney’s Office who informed me they have closed its investigation involving the Executive Chamber and nursing homes,” Abramowitz said.

“I was told that after a thorough investigation — as we have said all along — there was no evidence to suggest that any laws were broken.”

Back in July 2021, the Biden Department of Justice dropped their investigation into Cuomo and several Democrat governors who sent infected COVID patients into nursing homes.

So the end result is Cuomo walks free after forcing thousands of sick COVID patients into nursing homes.  Thousands died and the number of deaths was fudged (and likely still is) and the investigation was ended by a Soros-backed DA and history moves on.

What a total disgrace in so many ways.