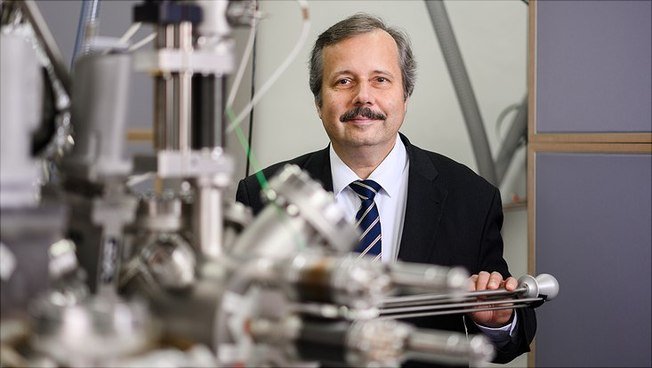 Prof. Roland Wiesendanger was one of the first renowned scientists to publish on the Wuhan lab leak theory (Gateway Pundit reported) and was defamed by the Mainstream Media for it. On the opening of the Beijing olympics today, he and 19 colleagues published an appeal for an international investigation into the origins of the COVID-19 pandemic, calling it “the ultimate expression of the true Olympic values.”

Since it has so far been completely ignored by the pro-CCP press, Gateway Pundit is the first to document this historic appeal in full:

The Olympic Charter states that “The goal of Olympism is to place sport at the service of the harmonious development of humankind, with a view to promoting a peaceful society concerned with the preservation of human dignity.”

Unfortunately, as athletes from across the globe gather together today for the start of the 2022 Beijing Olympic Winter Games, this noble aspiration is being undermined through the ongoing efforts of the host government to prevent a comprehensive international investigation into the origins of the COVID-19 pandemic, which has killed millions of people and harmed billions across the globe.

Understanding how this terrible crisis began is essential to preventing future pandemics and building a safer future for all. The ongoing efforts by China’s government to block any meaningful investigation into pandemic origins – which has included destroying biological samples, hiding records, imprisoning courageous Chinese citizen journalists, and enforcing a series of gag orders preventing Chinese scientists from saying or writing anything about pandemic origins without prior government approval – have been an affront to the international scientific community and to people everywhere.

Due primarily to the Chinese government’s intransigence and the aggressive pressure it has placed on foreign governments and international institutions, no comprehensive international investigation into the origins of the COVID-19 pandemic has yet been initiated.

Nearly a year ago, at a press conference on February 9, 2021, the leader of the international mission to Wuhan organized by the World Health Organization (WHO), Dr. Peter Ben Embarek, announced that the international study team had concluded that a pandemic “natural origin” was likely but that a lab incident origin was “extremely unlikely” and should not be investigated. Dr. Embarek later admitted, however, that he actually thought that at least one manifestation of a lab accident was “likely,” that he had been under pressure from Chinese hosts not to raise the lab incident origin hypothesis, and that he had bent his expressed views to accommodate the sensitivities of the international group’s Chinese hosts.

Although the WHO has more recently established a new body – the Scientific Advisory Group for the Origins of Novel Pathogens (SAGO) – to advise the WHO Secretariat on technical and scientific considerations regarding emerging and re-emerging pathogens and to investigate the origins of novel pathogens including SARS-CoV-2, it appears this body does not have unfettered access to relevant raw data and sampling sites in China and has not been allowed to perform audits of Wuhan´s laboratories where various bat coronaviruses were being collected, stored, and manipulated before the outbreak began.

With no established plan in place for a comprehensive and unrestricted international investigation into COVID-19 origins, everyone on earth and future generations remain at heightened and unnecessary risk of future pandemics.

Calling for a comprehensive investigation into the origins of the COVID-19 pandemic at this moment, when athletes from across the globe are coming together to promote openness and mutual trust, is a true representation of the ideals underlying the Olympic movement.

As a community of scientists and experts from around the world deeply committed to uncovering the origins of this pandemic as a cornerstone of preventing future ones, we therefore:

Realizing these critically important next steps would help build a safer future for all and be the ultimate expression of the true Olympic values.