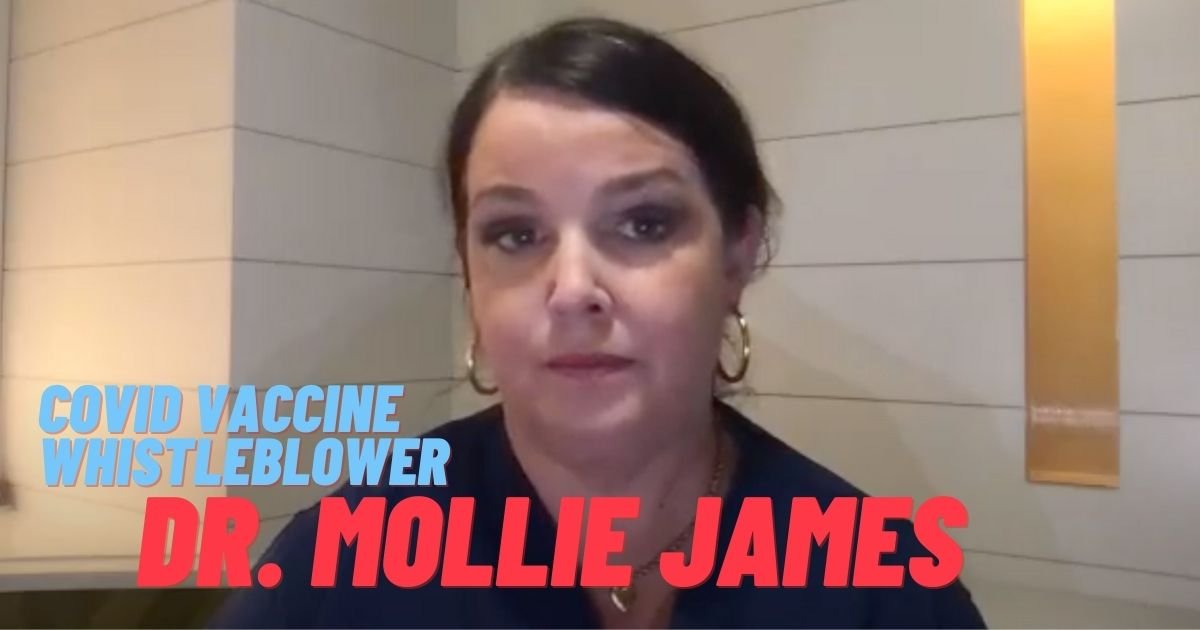 A New York City ICU Nurse has courageously come forward to say that she and many other doctors are being pressured into unsafe vaccines and are ready to quit.

An estimated 10-15% of Doctors may quit their jobs rather than be forced to receive an unreliable and risky vaccine, according to a new COVID Doctor whistleblower. This is in response to Joe Biden’s dramatic push to require nationwide vaccinations with zero exemptions.

BIDENITE ELITES TO MANDATE VACCINE WITH NO EXEMPTIONS

Biden blamed so-called ‘vaccine refusers’ for the spread of COVID, even though experts disagree about the cause of the continued spread of the pandemic. Meanwhile elite opinion has calcified to say any vaccine refusal should be punished.

“We are being pressured to vaccinate, and we see the large number of Vaccine complications in our ICU’s and ER’s that are going unreported. Doctors are afraid to report all of these vaccine complications even though we are clearly seeing them,” said Dr. Mollie James, an ICU (Intensive Care Unit) Doctor in New York City. “The serious risks of complications are coming from those with natural immunity who then receive the vaccine or boosters, and frontline doctors and nurses have natural immunity after a year of fighting COVID and being exposed. These vaccine complication risks coming from an unwise mandate are serious, and include increased risks of stroke, heart attack, and death.”

This is in contrast to the official story from the American Centers for Disease Control which say that vaccine complications are “extremely unlikely.”

BIDEN PARTY LINE: COVID VACCINES CAUSE NO SERIOUS SIDE EFFECTS

Major media outlets are even encouraging Americans to get multiple vaccines at the same time, because, they claim, there are no health risks.

James relates how many Doctors are being pressured to accommodate the COVID politics rather than the COVID scientific, health, or ethical necessities. Yesterday a New York federal judge agreed temporarily that these healthcare mandates were too stringent, and stopped a planned vaccine mandate because it lacked a religious exemption.

Dr. James feels as though the fight about allowing religious exemptions only tells part of the story however:

“I would estimate 30% of the ICU patients in NYC are from vaccine complications but nobody wants to talk about that. They get coded as something else or they will ignore the fact an otherwise healthy person had a heart attack or stroke within 48 hours of receiving the vaccine,” Dr. James said. “I have seen vaccine complications in the general public, and even among healthcare providers. This is a serious problem and it’s only getting worse, and these mandates will make it much worse, but we won’t have the data to deal with it because of politics.”

Meanwhile the American Medical Association is demanding full vaccination mandates with no exemptions.

Dr. James says that her colleagues won’t get the vaccine because they know the truth: the vaccines have common side effects that aren’t being reported because of politics.

“Never in my lifetime have I seen medicine so politicized, where individual treatments are banned because of who is promoting them. It’s a scary time to be a healthcare professional, and the public needs to know how bad things are getting. Your healthcare is being guided by political demands, not by what will lead to the best individual healthcare outcomes,” Dr. James said.


POLITICAL MEDICINE WILL ONLY RESORT IN WORSE OUTCOMES

Dr. James was previously terminated from a telemedicine position because she refused to receive a mandatory COVID vaccine to continue treating patients over a computer screen, even though there was no scientific risk of infection by internet.

“These mandates are not scientific, they are not ethical, and they are not needed. We need Doctors to direct these policies to overcome COVID, not lying politicians like Biden who are going to make this crisis much worse.”