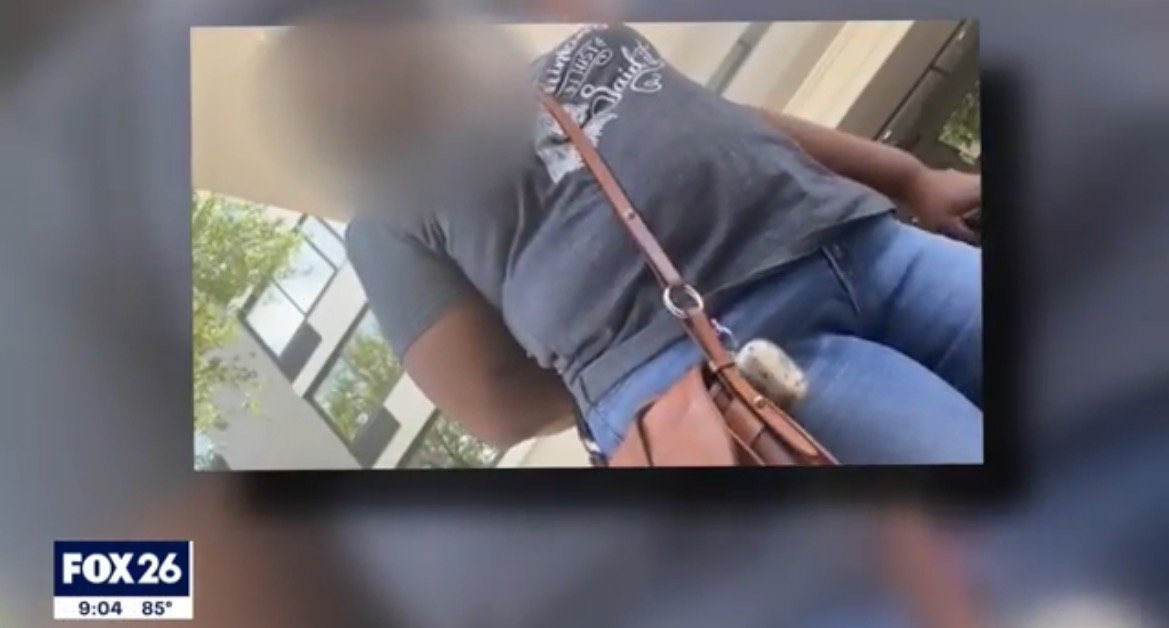 A Children’s Protective Services (CPS) employee was caught on camera telling a 14-year-old girl in foster care at a Harris County hotel to become a prostitute.

Houston, Texas – Keisha Bazley, a mother of nine children, handed one of her troubled teen girls over to CPS with hopes the agency would help the child get back on track.

Bazley told Fox 26 Houston that her teen daughter told her that one of the CPS workers was encouraging her to become a prostitute.

The teen daughter told the CPS worker that she wanted food and the employee told her to become a prostitute.

TRENDING: SPERRY: FBI Agents Involved in Trump Raid are Under Criminal Investigation by Durham For Abusing Their Power in Trump-Russia Probe

The 14-year-old videotaped the disturbing conversation and showed her mom.

The CPS employee was terminated, according to Fox 26 Houston.

Keisha Bazley has nine kids. She turned to Child Protective Services to help her with her 14-year-old daughter, who she says was running away and causing trouble at school,

“My daughter told me that the worker had been telling her she should do these things, so she said she decided to video her,” Bazley said.

CPS is housing the girl at a hotel. She’s one of dozens of foster kids living at hotels in Harris County.

In the video, the girl tells the CPS employee she wants food. The CPS worker tells her to be a prostitute.

“And giving her an incentive to do so, and almost a threat of not having her needs being met, if she didn’t do what this woman very explicitly told her to do,” Schneider said.

“If me, the parent, was to do something like this to my child, I would be bashed,” said Bazley. “I would be called a horrible parent. I would lose my kids.”

Jamie Masters, the Commissioner of CPS, came to Houston to personally apologize to Bazley and her daughter.

“I’ve never seen that happen before where the commissioner of CPS comes in from Austin, just to apologize about something horrible that’s been done to a child involved with CPS,” Schneider said. “It’s bad enough if it’s just one bad rogue worker. It concerns me that it may be bigger than that, and they need to make sure it’s not just one person, and they’ve got to find a way to protect these kids.”