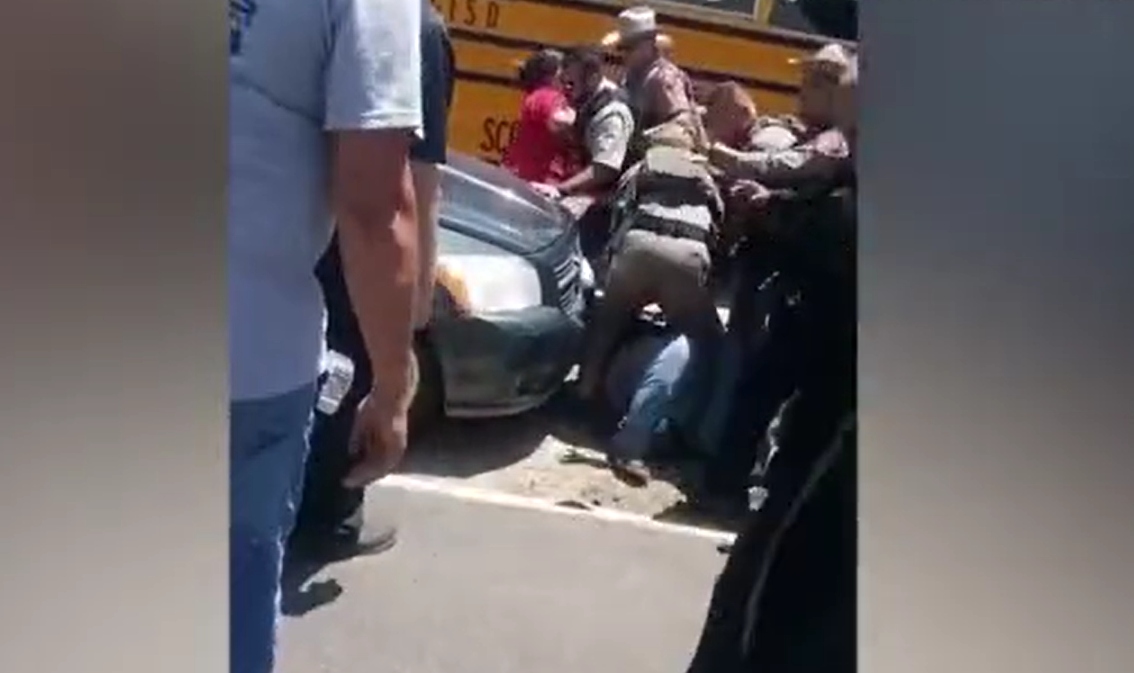 (Natural News)
Lack of action by police officers on the scene of the Uvalde, Tex., shooting could be the subject of new criminal charges.

The school district police chief and other law enforcement officers are named in an investigation into the school massacre, which was allowed to take place for more than an hour before something was finally done to stop it.

The defendants could face discipline, lawsuits, and / or criminal charges over the matter, which left 19 children and two teachers dead, we are told. The Associated Press (AP) further revealed that the defendants gave confusing and contradictory statements when asked about what happened.

Officially speaking, students and teachers were begging 911 operators for help while the local police chief told his officers to wait in a hallway and do nothing inside Robb Elementary School.

Because the suspect was supposedly barricaded inside adjoining classrooms, police say there was no longer an active attack requiring intervention. This decision, and the officers’ willingness to obey “established active-shooter protocols,” is drawing ire among parents and the public over whether consequences should ensue.

“In these cases, I think the court of public opinion is far worse than any court of law or police department administrative trial,” commented Joe Giacalone, a retired New York police sergeant.

“This has been handled so terribly on so many levels, there will be a sacrificial lamb here or there.”

Law enforcement officers from other agencies pushed the local police chief in Uvalde to let them enter the building to save more children’s lives, but he would not comply. Officials privy to all this spoke on the condition of anonymity because they say they were not allowed to talk publicly about the investigation.

Alleged audio recordings from the scene capture these officers from the other agencies pleading with the school police chief to let them in because the shooter was still active. Why they were not allowed to still remains unknown.

In a news conference, Texas Gov. Greg Abbott praised the police officers for “saving lives,” adding that he was misled about the initial response. Abbott has promised an investigation into “exactly who knew what, when, (and) who was in charge.”

“The bottom line would be: Why did they not choose the strategy that would have been best to get in there and to eliminate the killer and to rescue the children?” Abbott further stated.

It is extremely rare that criminal charges are pursued against law enforcement in school shooting cases. Perhaps the most notable exception is the 2018 shooting that allegedly took place at Marjory Stoneman Douglas High School in Parkland, Fla.

“The families can sue the police department for failing to act,” said Paul Martin, a New York City defense attorney who has represented police officers charged with assault, murder and other crimes. “They can clearly be found civilly liable.”

Martin personally believes that the officers in Uvalde could be let off the hook because they were simply following official orders. Convicting the school district police chief, he added, would also be a “very high bar” due to police officers being given great latitude to make tactical decisions.

Qualified immunity, as it is called in civil liability terms, protects police officers against lawsuits unless their actions clearly violate established laws.

“Potential administrative punishments – meted out by the department itself – could range from a suspension or docked pay to forced resignation or retirement, or outright termination,” the AP explains.

The latest news about the Robb Elementary shooting can be found at FalseFlag.news.