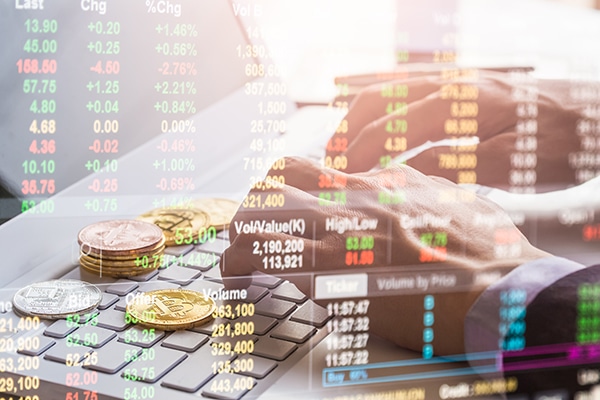 (Natural News)
Crypto lender BlockFi has put customer withdrawals on hold as it explores its options for reducing its “significant exposure” in the fallout of cryptocurrency exchange FTX’s bankruptcy.

This summer, BlockFi obtained a $250 million loan from FTX to help them stay afloat as crypto financial institutions such as Three Arrows Capital struggled during the market meltdown. The firm also has corporate assets held with FTX and is currently owed debts from Alameda Research, a crypto trading firm that is also owned by embattled FTX ex-CEO Sam Bankman-Fried.

This close relationship is having a negative impact on BlockFi’s financial stability. Although they failed to elaborate on the specific amounts of their exposure to FTX, they did admit they expect there to be delays in recovering the assets.

They recently started blocking their customers from making withdrawals from their accounts, even though they say they have “the necessary liquidity to explore all options.”

In a statement, BlockFi noted: “We determined late last week that in the current environment we could no longer operate our business as usual. Given that FTX and its affiliates are now in bankruptcy, the most prudent decision for us, in the interest of all clients, is to continue to pause many of our platform activities for now.”

The Wall Street Journal reports that BlockFi is now preparing for a potential bankruptcy filing, with multiple layoffs expected soon. In addition to pausing withdrawals, they have also asked their clients to avoid submitting or depositing to their BlockFi wallets or interest accounts.

FTX recently filed for Chapter 11 bankruptcy protection in the U.S., a sharp turnaround from just days earlier when they enjoyed a $32 billion valuation. They are believed to have more than a million creditors. The firm’s founder, Sam Bankman-Fried, admitted that he “f—ed up” and stepped down from his role. He was succeeded by insolvency expert John J. Ray III, who issued a scathing assessment of what he called “unprecedented poor management” by Bankman-Fried.

Ray, who has supervised past financial scandals like the one at Enron, cited senior management’s lack of experience, poor record-keeping and misuse of company funds. In a court document, he noted: “Never in my career have I seen such a complete failure of corporate controls and such a complete absence of trustworthy financial information as occurred here.”

He added: “From compromised systems integrity and faulty regulatory oversight abroad, to the concentration of control in the hands of a very small group of inexperienced, unsophisticated and potentially compromised individuals, this situation is unprecedented.”

This mismanagement may also explain why BlockFi was apparently blindsided by the news of FTX’s bankruptcy. BlockFi said that despite being partnered with FTX, they learned about their bankruptcy via Twitter, like much of the rest of the world, in “unexpected news” that made things for the firm “incredibly difficult.”

In a statement, BlockFi said it has several scenarios available and is working to determine the best way forward, consulting with external experts for advice.

They noted: “As we work expeditiously through this quickly evolving situation, we are focused on doing the utmost to be transparent around decisions related to our pause, products, and platform activity.”

Another company that has obtained funding from Alameda Research, Nestcoin, is carrying out layoffs as a result of its exposure. Meanwhile, the lending arm of crypto investment bank Genesis Global Trading has also put a pause on new loan originations and redemptions. Known as Genesis Global Capital, the lending arm serves an institutional client base and had more than $2.8 billion in active loans at the end of its third quarter.