Dark Brandon Returns: Biden to Give Speech Tonight on “Threat of Election Deniers” and Political Violence 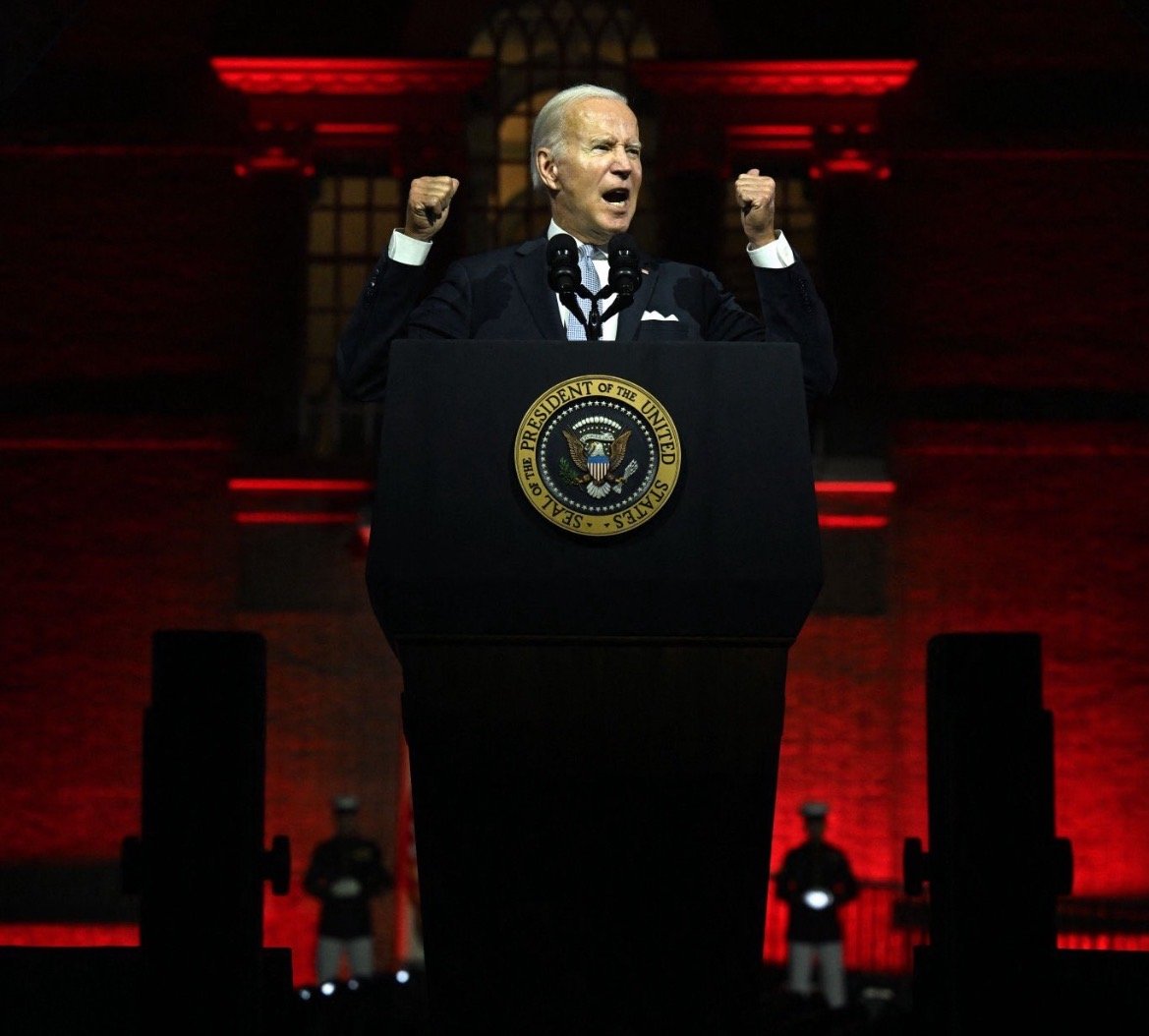 Joe Biden will speak at a DNC fundraiser in Washington, D.C. Wednesday evening on the “threat of election deniers” and political violence, according an announcement by the Democrats and comments by White House officials. The theme is a reprise of the ‘Dark Brandon’ speech Biden gave in Philadelphia in September. The 7 p.m. EDT speech is scheduled for a Democrat fundraiser being held at the Columbus Club in Union Station–a formerly vibrant retail and transportation hub on Capitol Hill that has become overrun by crime and homeless camps in recent years.

The location of the speech was chosen to remind voters of the January 6 riot, Biden advisor Anita Dunn told Axios Wednesday morning.

The speech is a surprise addition to Biden’s schedule, hinting at desperation to try to turn back the likely red wave of Republican victories on next weeks midterm elections.

“The president will address the threat of election deniers and those who seek to undermine faith in voting and democracy; and the stakes for our democracy in next week’s election,”

JUST IN: President Biden is going to speak tonight from Union Station about election deniers and ‘preserving and protecting our democracy’ as Election Day approaches. pic.twitter.com/w7ASUA2WiR

The big picture: White House Senior Advisor and Assistant to the President Anita Dunn said that the setting of Capitol Hill is important.

“Because on January 6th we saw violence geared towards subverting democratic processes there.”
“It is an appropriate place to make these remarks tonight,” she said.
“The threat of political violence … it’s something that unites almost all Americans and something we can all be united against,” Dunn said.

I think Union Station — an epicenter of crime and homelessness in Democrat-run D.C. — is the perfect backdrop for a Joe Biden speech https://t.co/1ZJoodfM95

Reminder: the Starbucks in Union Station, where Biden is speaking tonight, closed earlier this year because of out-of-control crime in a Democrat-run city. pic.twitter.com/hw4gCAbums

Andrew Quinn, Chief Speechwriter & Strategic Communications Director for Senate Minority Leader Mitch McConnell (R-KY) said it appears the homeless were cleared out for Biden’s speech, “It appears that either D.C. or local authorities finally cleared out the homeless tent city in front of Union Station… in time for President Biden to give a speech there tonight”

It appears that either D.C. or local authorities finally cleared out the homeless tent city in front of Union Station… in time for President Biden to give a speech there tonight