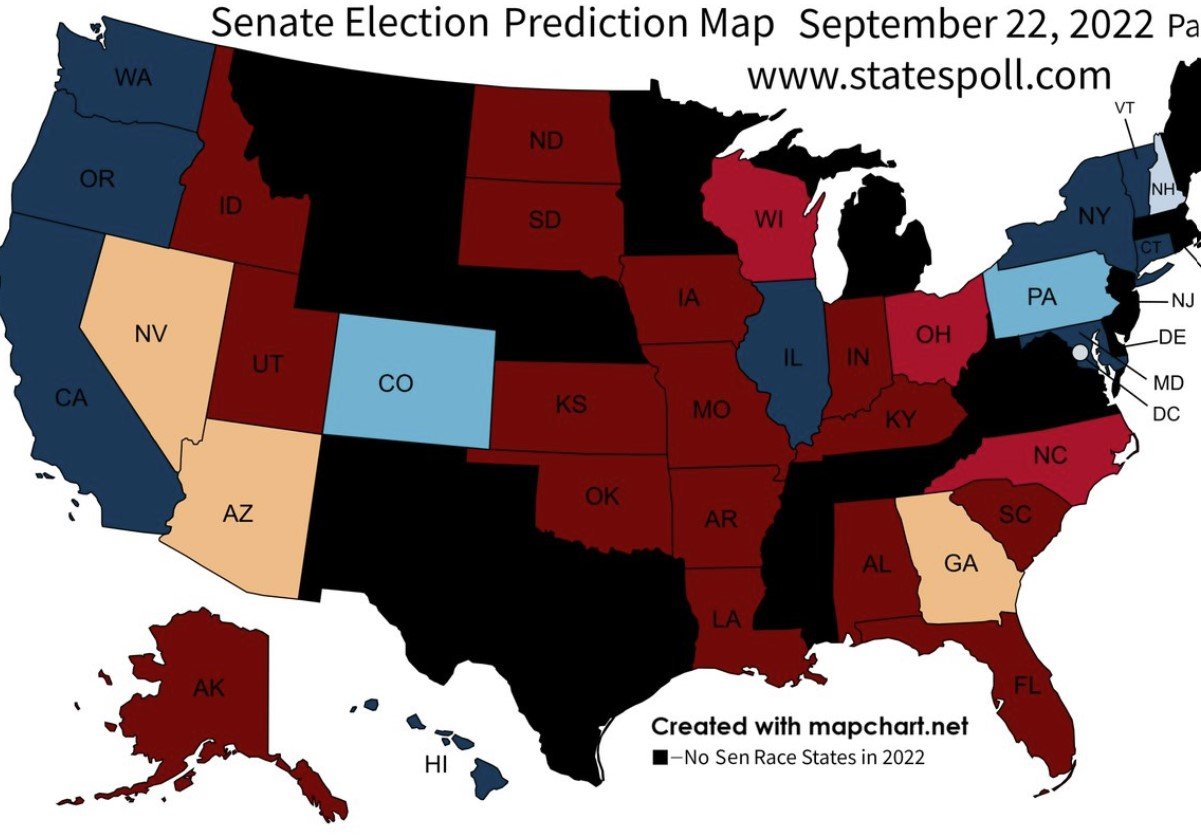 Most polls over-represent the number of Democrats in each poll.

This means most polls are biased toward Democrats.

The methodology used by Statespoll.com corrects this.

It takes Democrat-biased polls and adjust them to the right party representative percentages in each state.

When polls are “debiased,” they show the GOP taking back the Senate in 2022.

The methodology for the analysis is explained here.

4) Opposition Party’s Advantage on the Midterm

With “debiased” polls, here are the current Senate predictions by state for 2022:

Overall Prediction: GOP takes back the Senate and controls it 52-48

These analyses are important because of how bad polling was during the 2020 election cycle.

Pollsters are worried that once again their polls are going to be wrong.

Two weeks ago, New York Times political analyst Nate Cohn compared recent polling results with those from 2020 and 2016 and found that “Democratic Senate candidates are outrunning expectations in the same places where the polls overestimated Mr. Biden in 2020 and Mrs. Clinton in 2016.”

Cohn concluded there is a “consistent link between Democratic strength today and polling error two years ago.” He pointed out the most glaring errors in 2020 occurred in Wisconsin, where polls overestimated Biden’s strength by 9 points, and in Ohio, where polls underestimated Trump’s strength by 8 points.

According to Politico’s Steven Shepard, pollsters are worried “they’re blowing it again in 2022.” He spoke to numerous pollsters who said they’ve been tweaking their models over the past couple of years.

He wrote: “But most of the changes they have made are small. Some pollsters are hoping that since Trump isn’t running in the midterms, the problems of underestimating Republicans’ vote share will disappear with him. But others worry that Trump’s ongoing dominance of the news cycle — from the FBI seizure of classified documents at Mar-a-Lago to litigation against his businesses in New York — effectively is making him the central political figure going into Election Day.”