Deaths at the border: For every dead body found, 5 to 10 MORE are never recovered 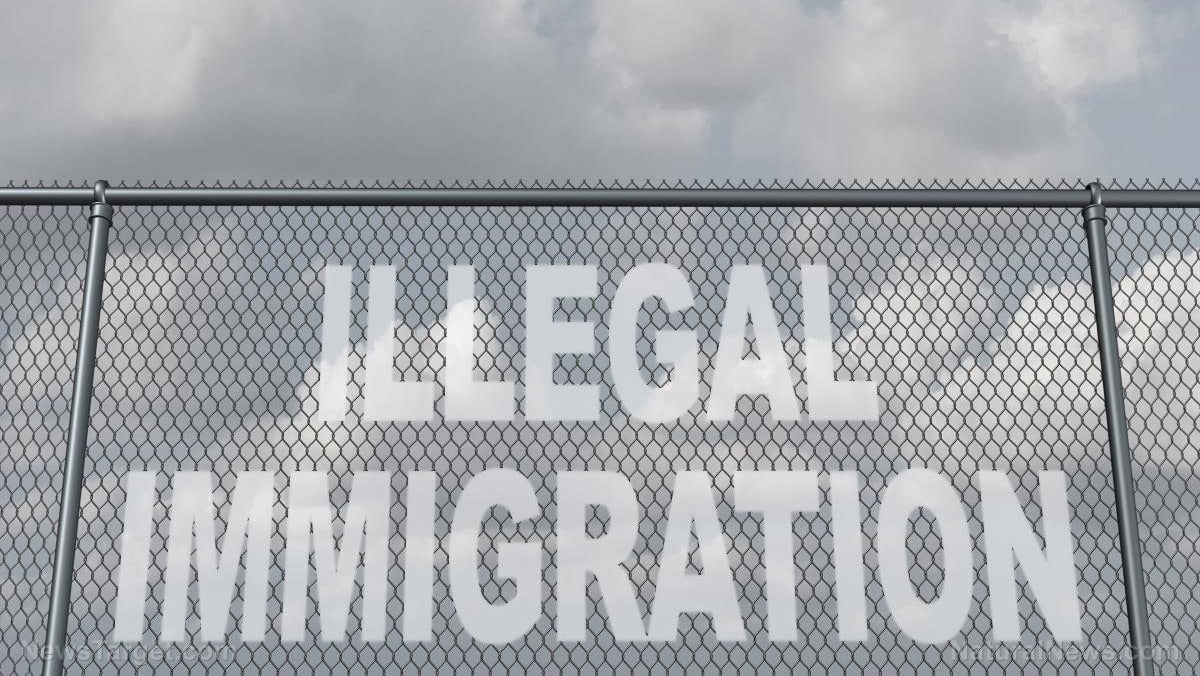 (Natural News)
There had been 79 dead bodies recovered so far this year within Brooks County, just 70 miles north of the U.S.-Mexico border.

The rural sheriff’s office spends more than 85 percent of its time there on border related-issues. Most of the time, it’s to search for immigrants who have been lost, dehydrated or injured.

Other times, it’s to find a dead body.

Last year, the sheriff’s office recovered 119 bodies – a record high and more than thrice found in 2020. Sheriff Benny Martinez said that for each body that they find, another five to 10 are never recovered.

“I’ve spoken to a lot of mothers over the telephone, or they’ve been here in my office, crying for their loved ones that have been lost for 10, 15 years,” he said.

“Our terrain is real sandy. We’re about 100 [feet] above sea level. So once that sand starts going over that body, and that body starts getting torn apart by the feral hog, by the coyote … the only time it’s recovered is when they’re moving cattle and they turn the soil over… [and] a skull would pop up, or something,” he explained.

“Body parts would pop up. That’s how we’re going to find out that something laid there for a while. I mean, what is compassionate about that?” (Related: Video shows camouflaged illegal aliens easily crossing southern border wall to enter U.S.)

Summer is the busiest month, as most people die from a combination of both dehydration and hypothermia. Water is scarce, people easily get lost and smugglers will leave those who are slow or injured.

Brooks County Deputy Sheriff Don White volunteers his time to search for the injured and the dead. He said he has found bodies of males aged 19 to 40 from Mexico, Guatemala, Honduras and El Salvador.

Unfortunately, only around 30 percent of the bodies that he found have identification, as someone most likely already stripped them of their possessions.

Over 40,000 gotaways recorded each month along southwest border

Illegal aliens trying to evade Border Patrol are known as gotaways. They have criminal records or have no way of gaining legal entry into the United States.

As per unpublished data, border agents record at least 40,000 gotaways each month along the southwest border.

“These people have records; they have criminal records. We have our own criminals here, we don’t need to add to that,” Martinez said. “So the fact is, we need to know who they are. And they [federal government] just don’t want to do that. They just want to let everyone in.”

Legislators have actually steadily increased the federal budget for border patrol enforcement along the nearly 2,000-mile stretch of land that makes up the U.S.-Mexico border. Enforcement funding has also increased from $1.935 billion in 1997 to $21.1 billion in 2018.

As the border patrol presence increased along the U.S.-Mexico border, migrants adopted new travel routes that pushed them into more remote or treacherous parts of the desert. If they get caught and apprehended, they will be detained and potentially deported.

Martinez emphasized that the border is not secure and that there’s a national security issue for all the aggravated offenders that go through.

In 2014, the United Nations’ International Organization for Migration started the Missing Migrants Project to document the deaths and disappearances of migrants in the region. It has since recorded over 2,980 aliens who died trying to cross the U.S.-Mexico border.

Most of the recorded deaths are migrants who drowned trying to enter the U.S. by wading across the Rio Grande. Harsh environmental conditions and vehicle accidents are the most likely causes of death.

Customs and Border Protection (CBP) used to publish the number of migrant deaths along the southern border on its website from 1998 to 2020. No figures had been posted since the Biden administration took over.

Watch the video below discussing terror and tragedy along the border.

This video is from the channel The New American on Brighteon.com.

Illegal immigration skyrockets under Biden to third-highest level in 97 years.