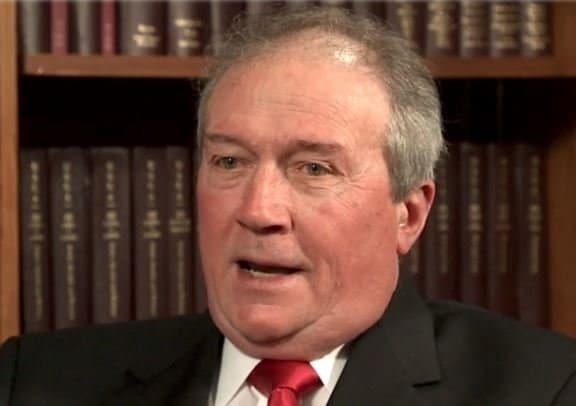 This Democrat got caught.

TRENDING: 2022 Midterm Action List – SEVEN STEPS You Can Take to SAVE OUR ELECTIONS From Fraud

Former Democrat Congressman Michael “Ozzie” Myers has been sentenced to 30 months in prison for committing election fraud intended to help Democrat candidates following an investigation by the FBI and the Pennsylvania State Police.

Myers, 79, who previously represented a Pennsylvania district, pled guilty to an entire slate of charges including conspiracy to deprive voters of civil rights, bribery, obstruction of justice, falsification of voting records, conspiring to illegally vote in a federal election, and orchestrating schemes to fraudulently stuff ballot boxes for Democrat candidates in 2014, 2015, 2016, 2017, and 2018 state elections.

The Department of Justice said in a statement that Myers, who served four years in the U.S. House of Representatives, is to face 30 months in prison with three years of supervised release for his crimes.

United States Attorney Jacqueline C. Romero announced today that former U.S. Congressman Michael “Ozzie” Myers, 79, of Philadelphia, PA, was sentenced to 30 months in prison, three years of supervised release, and ordered to pay $100,000 in fines, with $10,000 of that due immediately, by United States District Court Judge Paul S. Diamond after pleading guilty to conspiracy to deprive voters of civil rights, bribery, obstruction of justice, falsification of voting records, conspiring to illegally vote in a federal election, and for orchestrating schemes to fraudulently stuff the ballot boxes for specific Democratic candidates in the 2014, 2015, 2016, 2017, and 2018 Pennsylvania elections. The defendant was immediately remanded into custody following today’s hearing.

In June 2022, the defendant admitted in court to bribing the Judge of Elections for the 39th Ward, 36th Division in South Philadelphia in a fraudulent scheme over several years. Myers admitted to bribing the election official to illegally add votes for certain candidates of their mutual political party in primary elections. Some of these candidates were individuals running for judicial office whose campaigns had hired Myers, and others were candidates for various federal, state, and local elective offices that Myers favored for a variety of reasons. Myers would solicit payments from his clients in the form of cash or checks as “consulting fees,” and then use portions of these funds to pay election officials to tamper with election results.

Myers also admitted to conspiring to commit election fraud with another former Judge of Elections for the 39th Ward, 2nd Division in South Philadelphia.