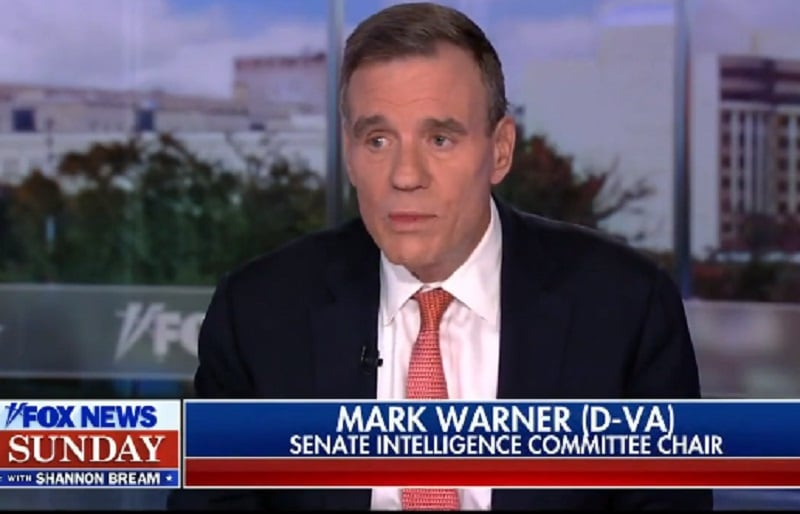 Democrat Sen. Mark Warner has admitted that former President Donald Trump was right about TikTok being an “enormous threat.”

Sen. Warner, who chairs the Senate Intelligence Committee, made the remarks during an interview with Shannon Bream on Fox News Sunday.

The senator told Bream, “as painful as it is for me to say, if Donald Trump was right and we could’ve taken action then, that’d have been a heckuva lot easier than trying to take action in November of 2022.”

Trump had considered banning the app during his presidency but was subjected to significant pushback from the left.

“Did Washington simply not listen because they didn’t like the messenger then and what can we do now?” Bream asked.

“Well, I think Donald Trump was right,” Warner said. “I mean, TikTok is an enormous threat.”

Warner said TikTok is “a massive collector of information,” including from children.

“So if you’re a parent and you got a kid on TikTok, I would be very, very concerned,” Warner said. “All of that data that your child is inputting and receiving is being stored somewhere in Beijing.”

Sen. Cotton Demands Answers on Foreign TikTok Employees in the US

He also requested details on TikTok’s use of H-1B guest workers who may have ties to the Chinese Communist Party.

“I write regarding TikTok and its Chinese parent company, ByteDance, and their use of H-1B guest worker visas for employees who might have ties to the Chinese Communist Party (CCP),” Sen. Cotton wrote.

The letter continued, “TikTok captures vast amounts of private information on users, including American citizens, and has long been suspected of providing the CCP with potential access to that information. This threatens the safety and security of American citizens, and also functions as an avenue for the Chinese government to track the locations of and develop blackmail on Federal employees and contractors.”

“In response to security and espionage concerns, TikTok claims that it stores ‘all TikTok US user data in the United States,’ and that its ‘data centers are located entirely outside of China,’” Sen. Cotton continued. “In a Senate hearing, TikTok’s vice president added that TikTok has a ‘US-based security team that handles access to user data.’ However, recent public reports indicate that sensitive data on American users of TikTok has been accessed from within China, that Beijing-based employees of ByteDance have targeted specific American users for surveillance, and that at least 300 TikTok and ByteDance employees are also current or former employees of Chinese state media.”