Democrats now demand all “hate speech” be banned from the internet… but THEY get to define hate speech, of course 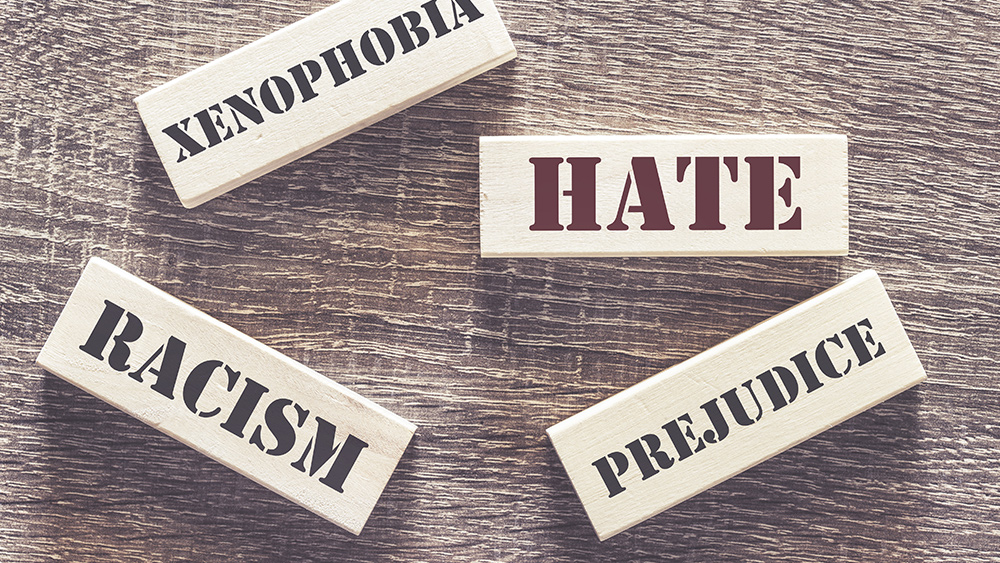 (Natural News)
Former Congressman Denver Riggleman and American Jewish Congress president Jack Rosen both want online free speech to come to an end, all in the name of stopping “hate.”

In a recent op-ed they co-wrote for Newsweek, Riggleman and Rosen condemned the social media platform Gab for allowing conservative voices like Rep. Marjorie Taylor Greene of Georgia to post “questionable” content.

Because Greene compared forced mask-wearing to the yellow stars that Jews were forced to wear in Nazi Germany, she has quickly become the scapegoat for trying to shut down all digital platforms that are not left-wing echo chambers.

According to Riggleman and Rosen, saying things that deviate from the official script is “hateful” and should not be allowed. Further, any platform where “hate” might have occurred, such as Gab, must be immediately shut down to promote “love.”

“There are two options for dealing with online platforms that promote hate – and potential violence – in our political system,” the op-ed reads.

“The first is to ban them. There are precedents in law where exceptions to the First Amendment regarding hate speech exist. These standards could be applied to political campaigns as well, making it clear that hate speech in support of political candidates will not be tolerated and that, by extension, funds raised by politicians on hate-based platforms like Gab will not be permitted.”

If liberals don’t like your viewpoints, then you automatically represent “hate”

The op-ed goes on to compare free speech that offends liberals to “shouting fire in a crowded theater” and causing panic. Both, Riggleman and Rosen contend, must be banned to keep everyone safe from “hate.”

The two also want to know how conservative politicians like Greene are raising money through platforms like Gab. To them, it is only acceptable for liberal politicians to milk far-left platforms like Twitter and Facebook for cash, and any competition to this must also be banned.

“We must take this seriously,” they say.

“While the First Amendment ensures that Congress will make no law respecting the freedom of speech, speech is not without any limitation. If it were, shouting fire in a crowded theater would be protected speech. It is not.”

Further, there are “precedents” already established within the framework of the First Amendment to protect so-called “hate speech.” Two cases that come to mind are New York Times Co. v. Sullivan (1964) and R.A.V. v. City of St. Paul (1992), both of which protect even offensive speech against censorship.

According to Cohn, there is no constitutional precedent for silencing the voices of people whose speech might offend or upset someone else. Whiny liberals will thus have to come up with better arguments if they hope to challenge the things that conservatives are saying to draw populist support.

Greene, meanwhile, continues to challenge the lying free speech of political hacks like Nancy Pelosi, who has been actively spreading lies about Wuhan coronavirus (Covid-19) as part of the leftist push to get everyone “vaccinated” for the Chinese Virus.

Riggleman and Rosen have yet to call out Pelosi’s “hate” speech against sound science, so perhaps they should get their own house in order first.

The left-wing would love for nothing more than to abolish the First Amendment in the name of fighting “hate.” To keep up with the latest, check out FirstAmendment.news.