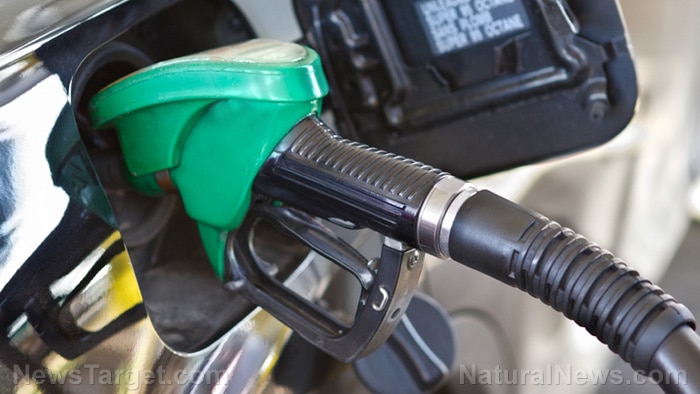 (Natural News)
The Northeast, mid-Atlantic, and Southeast regions of the United States face an impending diesel collapse as supplies reach the lowest ever levels for this time of year.

There is only a 25-day supply of the industrial fuel in storage, we are told. And at least one fuel supply logistics company has had to initiate emergency protocols in anticipation of supplies potentially running dry.

“Because conditions are rapidly devolving and market economics are changing significantly each day, Mansfield is moving to Alert Level 4 to address market volatility,” announced Mansfield Energy in an update to customers on Tuesday.

“Mansfield is also moving the Southeast to Code Red, requesting 72-hour notice for deliveries when possible, to ensure fuel and freight can be secured at economical levels.” (Related: Energy traders have been warning about all this since at least this past spring.)

Mansfield currently maintains a fleet of tankers that delivers refined fuel products to more than 8,000 customers across the country. The company remains a critical component of the fuel supply chain, without which truckers would not be able to obtain the fuel they need to keep the country’s economy moving.

In many areas along the East Coast, diesel prices are already “30-80 cents higher than the posted market average because supply is tight,” the company further announced.

“At times, carriers are having to visit multiple terminals to find supply, which delays deliveries and strains local trucking capacity.”

Is the United States on the verge of a total diesel COLLAPSE?

When they say 25-day supply, just to be clear, this means that at any given time, should diesel fuel production just stop entirely, it has the potential to completely run out in less than one month’s time.

Surely more diesel is being produced all the time, which means that from day to day that 25-day supply remains in place. If a production deficit is occurring, however – which appears to be the case – then that 25-day supply becomes a 24-day supply at some point, followed by a 23-day supply (and so on).

Things are not looking good, to put it simply. The last time things were this bad was in 2008, the same year as the biggest financial collapse in recent history. Are we about to be revisited by yet another market freefall?

Keep in mind that the four-week rolling average of distillates supplied, this being a proxy figure indicative of demand for diesel, is now at its highest seasonal level since 2007. This means that at a time when diesel supplies are at their lowest, demand is at its highest – a truly terrible situation.

Massive underinvestment in the nation’s fuel-making capacity due to “green” energy policies is one factor in all this, as are refinery closures (and refinery fires), strong domestic demands, and other disruptive factors that are creating a perfect storm for the dissolution of America as we currently know it.

Throw in Russia’s invasion of Ukraine and the continent-wide energy crisis in Europe and we have a very dark winter in our future apart from some kind of miracle.

“Is anyone else noting how all sorts of things are coordinating to collapse in a few weeks?” wrote an observant commenter about how this almost all seems scripted to occur right on schedule.

“This is because the seven-year tribulation is about to begin,” wrote another.

“The Mississippi River is also drying up,” noted another about the regional drought conditions that have made parts of America’s second-largest waterway impassable by barges.

“There is no diesel for trucks to relieve the barges either.”

Want a front-row seat to the unraveling of the global economy? Visit Collapse.news.