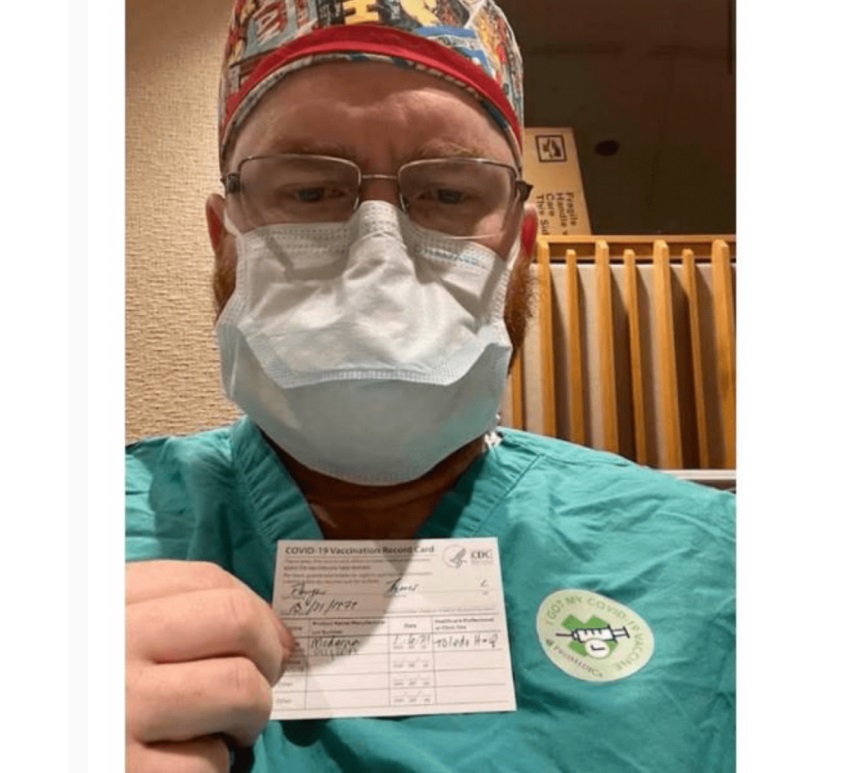 (Natural News) A 48-year-old Ohio doctor unexpectedly died on April 27, 2021. There was no official story on the cause of his death, only a satirical obituary that was written in the first person. The news of his death made waves around the world. Various media outlets from MSN to Fox News praised his self-written obituary and extraordinary life as a doctor. The news of his passing was featured in news outlets ranging from Australia to the United Kingdom. Dr. Thomas Flanigan was a loving husband and father. He was also a middle-aged plastic surgeon who often used satire to communicate his views on medical topics. He was very public about his views on vaccines, and even used Facebook to mock vaccine skeptics.

On January 6, he got his first dose of Moderna’s experimental vaccine. He got on Facebook to advertise for Moderna, posing for the camera shot. “I did it for the free orange juice. I’m pretty sure the needle was like a foot long. The good news is that I didn’t feel the microchip going in but I can hear local radio stations now,” he stated.

On February 3, Flanigan got back on Facebook to mock vaccine skeptics again. “Second dose. The microchip is working just fine. My mind is slowly being taken over by the hive mind. We are just fine. Resistance is futile.”

The news agencies praised Flanigan’s first-person, tongue-in-cheek obituary, but failed to mention his medical backstory, how he received the experimental covid shots just eleven weeks prior. According to all the media reports, the cause of death is “not clear.” However, no autopsy or investigation was launched into the cause of his sudden, young passing.

Why did the 48-year-old doctor write his own obituary after taking the experimental vaccine protocol in the first place? Someone who dies suddenly usually doesn’t have their obituary written out in first person, with great attention to detail.

Did he write it as satire, in yet another attempt to mock vaccine skeptics who warn about death after vaccination?

Did he write the obituary in jest to ease his own fears and further mock “anti-vaxxers?”

Was he secretly concerned that he might actually pass away after taking the experimental jabs?

Did he sincerely write this detailed obituary in his final hours of life, knowing that he was going to suddenly pass away at the young age of 48?

Was he hiding a medical condition from his family and had already prepared for his own passing?

Was he hiding serious health issues after he got the experimental jabs? After all, how could he talk openly about any adverse events from the vaccines if he was so pridefully adamant about mocking vaccine skeptics?

Even more strange: Why are headlines celebrating his death? His obituary is lauded in the media as “hilarious” and “incredible” with no sensitivity toward the circumstances surrounding his sudden and suspicious death. No media outlets mentioned that his most recent social media posts mocked vaccine skeptics and praised Moderna’s experimental covid shots.

In yet another twist of strange fate, all the media outlets that originally praised Flanigan for his “hilarious” self-written obituary are now retracting their story and claiming “friends” wrote the first-person obituary. This mysterious group of friends somehow used the same tongue-in-cheek humor that Dr. Flanigan used in his Facebook posts when he mocked vaccine skeptics. If a group of friends really did come up with this obituary during a time of sudden grief, then they are essentially laughing at their friend’s death while burying the fact that he got the Moderna shots, virtue-signaled while he got them, and mocked others who didn’t.

This cover story shows signs of being yet another wrongful death/ vaccine injury case that is being covered up by the Pharma media.