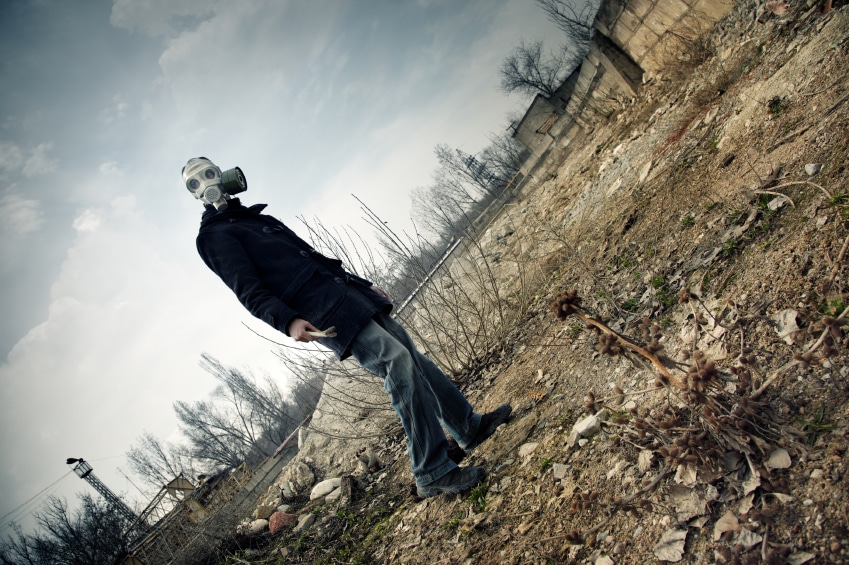 (Natural News)
Did you see the idiotic triumphalism from Anne Applebaum in the wake of Ukraine’s recent battlefield triumphs? “It’s Time To Prepare For A Ukrainian Victory” said the headline. She wrote in the Atlantic, in part:

But even though the fighting may still take many turns, the events of the past few days should force Ukraine’s allies to stop and think. A new reality has been created: The Ukrainians could win this war. Are we in the West really prepared for a Ukrainian victory? Do we know what other changes it could bring?

She goes on to fantasize about Putin’s fall.

Meanwhile, here’s Putin’s favorite Russian nationalist ideologue, Alexander Dugin, with some rather less sunny words. Remember, you don’t have to agree with Dugin — some of what he says is hysterical — but you do need to take seriously the fact that very many Russians in power believe it. Excerpts:

We are on the brink of World War III, which the West is compulsively pushing for. And this is no longer a fear or expectation, it is a fact. Russia is at war with the collective West, with NATO and its allies (though not with all of them: Turkey and Greece have their own position and some European countries, primarily but not only France and Italy, do not want to actively participate in a war with Russia). Yet, the threat of a third world war is getting closer and closer.

Whether it will come to the use of nuclear weapons is an open question. But the probability of a nuclear Armageddon grows by the day. It is quite clear, and many American military commanders (such as the former American commander in Europe Ben Hodges) openly declare it, that the West will not even be satisfied with our complete withdrawal from the territory of the former Ukraine, we will end up on our own soil, insisting on ‘unconditional surrender’ (Jens Stoltenberg), ‘de-imperialisation’ (Ben Hodges), dismemberment of Russia.

In 1991, the West was content with the collapse of the USSR and our ideological surrender, primarily by accepting the Western liberal ideology, political system and economy under Western leadership. Today, the red line for the West is the existence of a sovereign Russia, even within the borders of the Russian Federation.

The AFU’s counter-attack in the Kharkiv region is a direct attack by the West on Russia. Everyone knows that this offensive was organised, prepared and equipped by the US and NATO military command and took place under their direct supervision. It is not only the use of NATO military equipment, but also the direct involvement of Western aerospace intelligence, mercenaries and instructors. In the eyes of the West, this is the beginning of ‘our end’. Once we have made a weakness in the defence of the territories under our control in the Kharkiv region, we can be further defeated. This is not a small success of the Kiev counteroffensive, but the first tangible success of the NATO forces’ Drang nach Osten.

Is Dugin wrong about NATO’s role in helping the Ukrainians? Surely not. You don’t have to agree with Russia’s invasion of Ukraine — I certainly do not! — to recognize why the Russians see what the conflict has become as a proxy war by the West on Russia. They’re not wrong.

Dugin calls for total Russian mobilization for war. Putin has called the war so for a “Special Military Operation” (SMO) to avoid mobilization. Now Dugin says the entire country must be put on war footing.

He talks about the nations of the world who are on Russia’s side. It’s a rogue’s gallery. The idea that most of those countries — including China, Iran, Cuba, and Venezuela — offer any kind of desirable future is risible. But the point is not what makes sense to us. If we are going to avoid World War 3, we have to think like Russians do.

At the heart of the global confrontation that has begun is the spiritual, religious aspect. Russia is at war with an anti-religious civilisation that fights God and overthrows the very foundations of spiritual and moral values: God, the Church, the family, gender, man. With all the differences between Orthodoxy, traditional Islam, Judaism, Hinduism or Buddhism, all religions and the cultures built upon them recognise divine truth, the high spiritual and moral dignity of man, honouring traditions and institutions – the state, the family, the community. The modern West has abolished all this, replacing it with virtual reality, extreme individualism, the destruction of gender, universal surveillance, a totalitarian ‘abolition culture’, a post-truth society.

Open Satanism and outright racism flourish in Ukraine, and the West only supports them.

We are dealing with what the Orthodox elders call the ‘civilisation of the Antichrist’. Russia’s role is therefore to unite believers of different faiths in this decisive battle.

You must not wait for the world enemy to destroy your home, kill your husband, son or daughter… At some point it will be too late. God forbid we live to see such a moment.

The enemy offensive in the Kharkiv region is just that: the beginning of a real war of the West against us.

The West demonstrates its intention to start a war of annihilation against us – the third world war. We must bring together all our deepest national potential to repel this attack. With all means: thought, military force, economy, culture, art, internal mobilisation of all state structures and each of us.

Again, the idea that Putin’s kleptocracy represents the forces of holiness and decency is absurd. “Open Satanism” in Ukraine is risible (but open Satanism in Washington is not — did you see Biden’s monkeypox czar?). But you know, I think Dugin is far more right than wrong about the spiritual nature of the West today. In particular:

Russia is at war with an anti-religious civilisation that fights God and overthrows the very foundations of spiritual and moral values: God, the Church, the family, gender, man. With all the differences between Orthodoxy, traditional Islam, Judaism, Hinduism or Buddhism, all religions and the cultures built upon them recognise divine truth, the high spiritual and moral dignity of man, honouring traditions and institutions – the state, the family, the community. The modern West has abolished all this, replacing it with virtual reality, extreme individualism, the destruction of gender, universal surveillance, a totalitarian ‘abolition culture’, a post-truth society.

You don’t have to accept Dugin’s claims that Russia is fighting some kind of holy war against this enemy — I emphatically do not — to believe that Dugin’s description of what the West has become is pretty much on target. Why does this matter? Because all of us in the West need to think about what it is we are defending. What values we are advancing in the world. It is an ugly picture, a picture of desecration and destruction. Seeing this clearly does not make you a Putinist. It just means you can read the signs of the times. One of my sources for Live Not By Lies, a scientist and anti-communist immigrant to the US from the Soviet bloc, told me yesterday:

From a small power plant substation, to the highest echelons of the government — the key for selecting successful candidates has not been experience or erudition but ideological loyalty and conformity. I am not talking about HR or PR departments. I am talking about jobs where intelligence, knowledge and ethics — not skin color or sexual preference —  matter the most; jobs in medicine, engineering, education, etc.

Believe it or not, people who filled scientific, engineering or medical positions under communism were not selected because of their party loyalty but because of their competence. Even blatant transgressions against the regime were often overlooked. That’s the only reason I could study, for example. The commies needed their bridges to stand, buildings not to collapse, their rockets to fly; their numbers to add up. Yes, they might have been a bit evil, but do I miss their cool rationality! Really.

It’s quite different now. Even if everybody here somehow stopped living by lies, all would collapse nonetheless. We are done for.