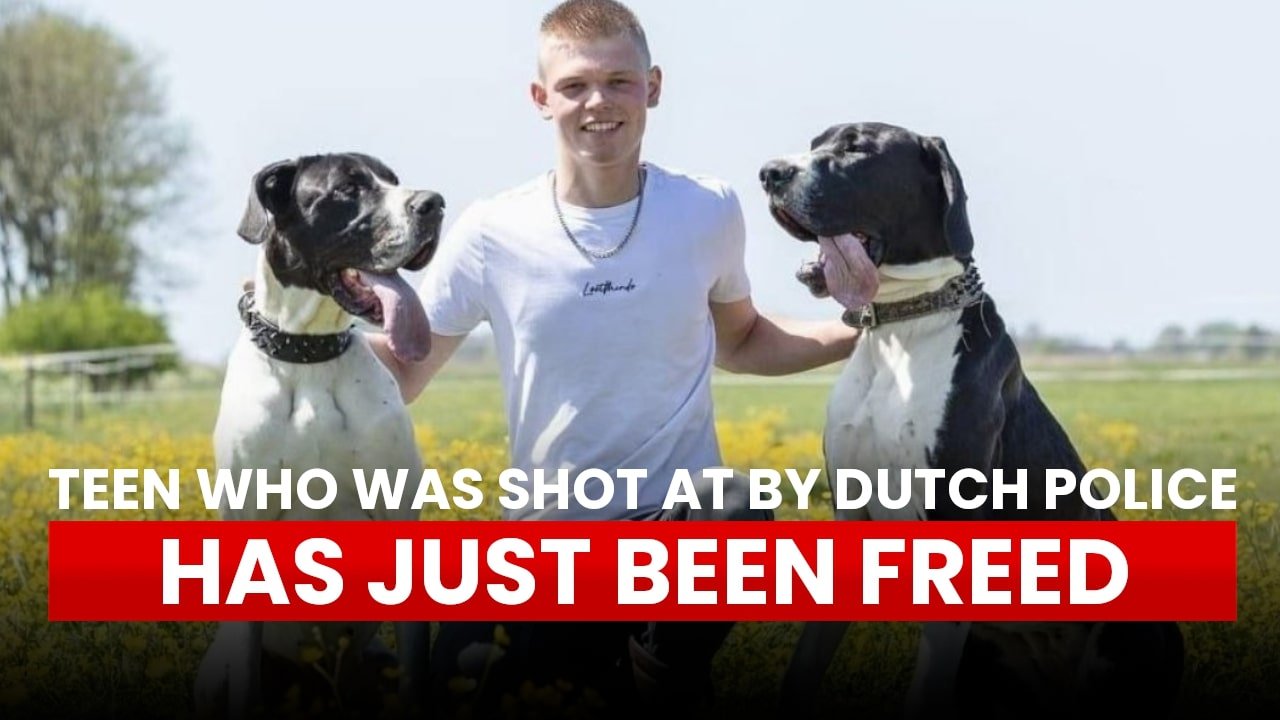 Farmers‘ protests in the Netherlands have reached the royal palace at Dam Square in Amsterdam. 16-year old Jouke, who was shot at by a police officer on Tuesday, was released without charges.

Around 40,000 Dutch farmer paralyzed traffic in the Netherlands and blocked around 20 food distribution centers over the weekend with trucks and tractors. Yesterday the protests reached Dam Square in Amsterdam and the seat of government in The Hague. The airport in Groningen was blockaded by demonstrators on Wednesday, German farmers joined the protests in Heerenberg near the Dutch-German border.

In an incident near the blockaded food distribution center at Heerenveen in Friesland, police officers shot a 16-year-old Jouke’s tractor, which was already turning away from the roadblock, missing the boy’s head by an inch (Gateway Pundit reported). Jouke and two other protestors were arrested on suspicion of “attempted manslaughter” after which an angry crowd gathered in front of the police station in Leeuwarden. All three have now been released without charge.

A farmer in Leeuwarden told Canadian journalist Keean Bexte that the Rutte government had “created a climate where the police think they can shoot.” Dutch farmers are being dispossessed and committing suicide, the protester said, while China, for example, fails to meet any environmental regulations.

Opposition leader Geert Wilders published a letter from the provincial government of Flevoland, stating that the government will set up “a registration center for asylum seekers” on agricultural land expropriated by nitrogen laws.

“The similarities between Canada and Holland are as startling as they are disturbing,” Dean said. “Only a few months ago, it was the Canadian government that attacked its own citizens in the most grotesque and terrifyingly authoritarian manner during the so-called Truckers’ Convoy when the government actually froze the bank accounts and basically starved out any individuals in what was legitimate peaceful democratic opposition to Covid (vaccine) mandates. That ended badly for Trudeau.”

The Netherlands will host the “Global Coordinating Secretariat of the World Economic Forum Global Food Innovation Hubs”, Rutte said at Davos on Jan. 27, 2021.

“Currently the Dutch government is embarked upon insane efforts to slash Greenhouse gasses and reduce the amount of nitrogen (ammonia) in the soil by 50 to 70 percent by 2030, or even by 95 percent in some places in order to meet Green EU ‘Climate Change’ targets that Holland has signed up to, and this means literally turfing people off their farms. I guess that’s one way to “transform land use and food systems, eh, Rutte?