Dutch Government to Shut Down 3,000 Farms to Comply with Global Warming Goals – As Food Prices See Highest Increase in Decades 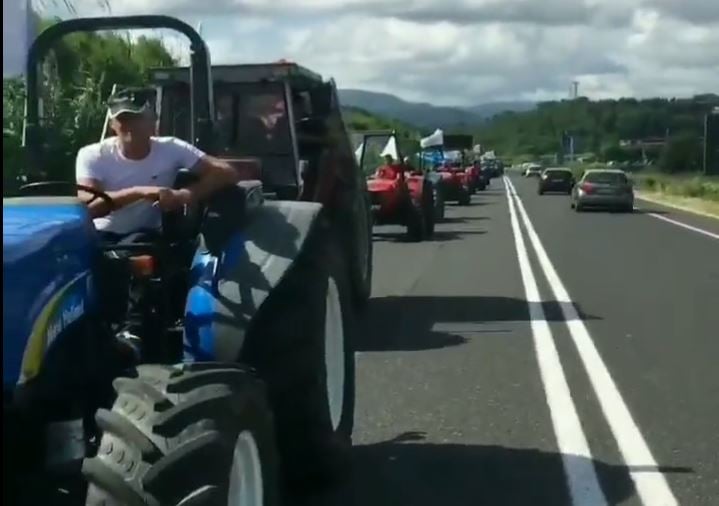 In July, Dutch police shot at a 16-year old protester, during farmer protests in the country.  The young teen, Jouke, was released the next day without charges.

In an incident near the blockaded food distribution center at Heerenveen in Friesland, police officers shot at 16-year-old Jouke’s tractor, which was already turning away from the roadblock, missing the boy’s head by an inch (Gateway Pundit reported). Jouke and two other protestors were arrested on suspicion of “attempted manslaughter” after which an angry crowd gathered in front of the police station in Leeuwarden. All three have now been released without charges.

And Geert Wilders was right.
The Dutch Government announced they will close up to 3,000 farms to comply with their global warming goals.

This will take place as The Netherlands is seeing the highest increase in food prices in decades.

JUST IN – Netherlands to “compulsory purchase” and close up to 3,000 farms to comply with EU environmental rules.https://t.co/cX9e6QGihF

The Dutch government is planning to buy and close down up to 3,000 farms near environmentally sensitive areas to be in compliance with EU environmental rules.

It comes after farmer protests erupted this summer following a government plan to reduce nitrogen emissions by 50% by 2030, The New York Times reported. Farmers believe the measure unfairly targeted the agricultural sector, which is responsible for the largest portion of nitrogen emissions in the Netherlands, the Times added.

The government will conduct a “compulsory purchase” of large nitrogen emitters as part of a voluntary, one-time offer, announced Nitrogen Minister Christianne van der Wal, Bloomberg reported. Farmers will be offered a deal “well over” the value of the farm, according to the government plan. She asserted “there is no better offer coming” in a Friday meeting with MPs.